Weather Experts Predict Normal To Slightly Above Normal Rainfall For 2019

WHAT LESSONS CAN WE LEARN FROM KENYA?

GAMBIA COULD MAKE A POLIICAL DIFFERENCE IN AFRICA

Experts from the Department of Water Resources (DWR) under the Ministry of Fisheries, Water Resources and National Assembly Matters (MOFWRNAM), have predicted this year’s rainy season to be normal and slightly above normal. 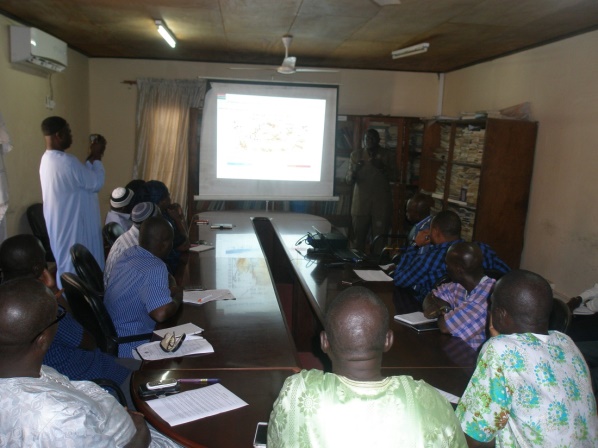 The experts made the disclosure on Tuesday May 14th 2019, at the aforementioned Ministry’s conference hall during the presentation of the seasonal rainfall outlook for 2019.

Experts also indicated that the 2019 seasonal hydrological forecast would be normal to slightly above normal flows in the Gambia River Basin, as a result of the usual floods expected in the upcoming rainy season.

Permanent Secretary Dr. Bamba Banja, said the forecast is the result of collaboration with the National Meteorological Services within the sub-region and beyond; that the seasonal forecasting relies on the prediction of averages over space and time, and may not reflect all the various factors that influence regional and national climate differences.

He said the forecast is relevant only for the entire season and within relatively large areas, since local and month-to-month variations may occur and rainfall results are usually expressed as being either below normal, normal, or above normal, with normal rainfall defined as the average rainfall during a 30-year period.

“The forecast is only valid for the combined period of July, August and September (JAS), when approximately 80 per cent of the total seasonal rainfall occurs in the sub-region, including The Gambia. Consequently, for the rainy season of JAS 2019, the forecast is one of normal, and most likely to above normal rainfall which is likely. This is a threshold of at least 580mm of rainfall in the Gambia,” he said.

Dr. Banja said the rainfall is expected to start after June 15th in the Eastern half or Upper and Central River Regions of the country, and after June 25th in the Western half or the West Coast Region, and the Kanifing Municipality, Banjul, North Bank and Lower River Regions. He said rainfall is expected to cease after 15th October in the Eastern half and after 25th October in Western half; that long dry spells of between four to twelve days are expected both at the beginning and end of the season. “As at now, the above rainfall forecast is based on the best estimate of the impact of the various factors affecting rainfall in the country, and will be updated on a monthly basis starting end of June 2019. It is worthy to note that the 2019 rainfall season is expected to undergo similar variability as in the 2018 season, with events such as late onset, occasional flash flooding and wet/dry spells. Accordingly, this department will continue to provide ten-day outlooks and daily weather forecasts to better anticipate the impacts of intra-seasonal climate events,” he said.

Banja further said this this year’s forecast came earlier than last year, which he said is an improvement; that the prediction will inform policy makers, stakeholders and the general public to prepare in readiness for the forthcoming season. He said it will inform farmers too, so that in their planning for the season, they will be able to use crops that are suitable for the season, such as early varieties.

“It will serve as a guide for agric. extension agents and the department of agriculture. They will be able to inform farmers because they work with them, and will be able to give them early warning,” Dr. Banja said.

He said the forecast will help institutions like National Disaster Management Agency (NDMA) and partners, to prepare in readiness for any eventuality. “Because we know that around August is the time, we expect flash flooding, and heavy rains, they will be able to prepare in collaboration with organizations like the Red Cross, since we have areas that are potentially prone to flood,” he said.

In a power point presentation to give an overview of last year’s rainy season which was predicted at below normal to normal categories, Tijan Bojang, Chief Forecaster at DWR said the 2018 rainy season spanned from June to October; that based on the mean climatological records for 1981-2010, normal rains starts in the eastern part of the country in early June and late June for the Western part; that peak rainfall occurs in August.

WHAT LESSONS CAN WE LEARN FROM KENYA?

QUESTION OF THE DAY Despite the violent elections from 1992 to 2017 the term limit honoured by outgoing President Uhuru...
- Advertisement -
Editorial

GAMBIA COULD MAKE A POLIICAL DIFFERENCE IN AFRICA