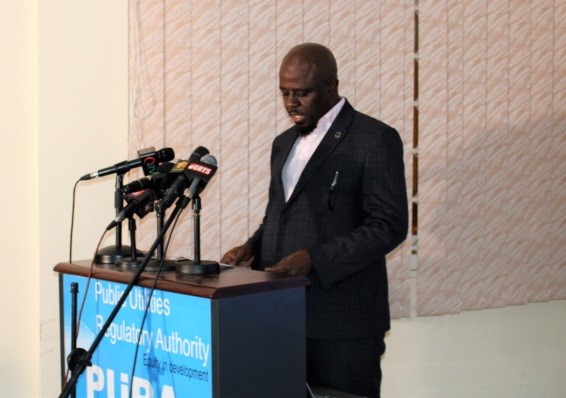 Mr. Solo Sima, the Director of Consumer Affairs at the Public Utilities Regulatory Authroty(PURA), said that an infraction fine of Fifty Thousand Dalasi (D50,000), will be levelled against any service provider that fails to honour the request of consumers regarding the newly inaugurated ‘Do Not Disturb’ guideline dubbed DND.

“Failure by any operator to honour the request of the consumers in this vein, will lead to punitive action on the said provider to the tune of D50 thousand dalasi per infraction”, he said.

He explicated that at the inception of GSM Operation in the Gambia in 2021, subscribers receive Short Message Services dubbed SMS from the telecom operators.

The medium he said is used when operators wanted to pass vital information such as network failures in some parts of the country, and when they would be fixed, and as a result, subscribers would receive SMS on new coverage areas, especially during expansion by operators to new areas.

He added that over the years, however, as the use of telecommunication  services for the delivery of business services increase, operators on behalf their business clients, began to send  bulk SMS messages to subscribers on their networks, as it was seen as marketing and value added services.

As a result of this he said, consumers receive unsolicited promotional SMS, across networks, with subscribers sometimes revenging up to 10 to 12 messages in a day, which overloaded their phone storage capacity and became a constant nuisance.

“Understandably, as a result, the authority receives complaints from consumers of all operators as it relates to this practice through our 148 free phone complaint hotline. These interventions by consumers, are what led to the formulation of Do Not Disturb guidelines dubbed DND that we are here to inaugurate”, he told the media.

The DND guidelines, he added, seeks to empower consumers and ensure that all such messages and services sent to them are solicited.

“From today, consumers will be given the power to choose either to receive or not receive SMS or value added text messages, automated voice calls, direct marketing calls. A unique code 1040 has been created and developed, which will be used by all the service providers, as means to actualize the request of consumers”, announced Mr. Sima.

“In this vain, both the authority and service providers here present, will carry out massive sensitization campaigns, on traditional and digital media platforms, to sensitize the consumers on how to utilize the DND service”, Mr. Sima added.

These fines, he said will be put in a special account, and will be used to provide financial support to social services such as hospitals.

Mr. Amadou Ceesay, the Executive Director of the Gambia Competition and Consumer Protection Commission (GCCPC), welcomed the guideline, adding that it corresponds to section 5 of the GCCPC’s Act, which guarantees the rights of consumers to opt in or opt out for the type of SMS the consumer wants to receive.