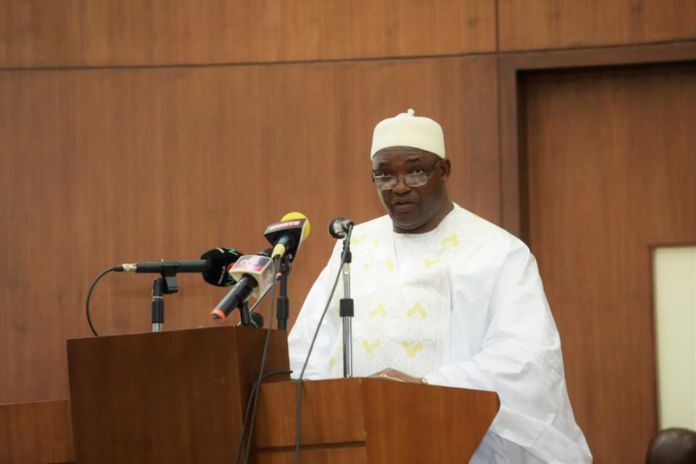 He said: “Overall, the estimated loss to the sector from January to June 2020 was about 6.7 Billion Dalasis. This figure has undoubtedly increased, noting that many establishments arestill struggling to get back to full operation.”

“In 2020, The Gambia Tourism Board (GTB) recorded 89,232 arrivals. The figure marks a significant decline against the NDP target.  In 2021, the arrival figure further decreased to 50,000. Consequently, the loss of revenue to the GTB is high.”

The President made these statements during his state of the nation address on Thursday at the National Assembly in Banjul.

He said the indication is that the Tourism and Culture sector contributes about 25% of the Gross Domestic Product (GDP) and creates employment for about 200,000 jobs. Unfortunately, it is one of the hardest-hit sectors, as a result of travel restrictions, the President added.

He said as part of its support packages, Gambia Government gave the Tourism sector a 100 Million Dalasi (about 2 Million US dollars) stimulus package.

The Gambian President said this year, the Government will bear the operating license for hotels and municipal rates, adding the Gambia Tourism Board (GTB) is not expecting any revenue from the operational license in 2021.

He concluded: “The National Centre for Arts and Culture experienced similar setbacks during the year under review. The closing or scaling down of social events resulted in loss of revenue; thus, it is necessary to develop the sector through innovative means.”