By Mariama Marong Yankuba Touray, a former cabinet minister in the AFPRC and APRC regimes has on Thursday, 25th February...
Read more

Abdourahman Jallow owner of a mechanic garage near the gas bottling factory that caught fire on Sunday, told Foroyaa that ninety-one vehicles of his got burnt during the recent fire outbreak.

Explaining how he got to know about the incident, Jallow said he was called on Sunday evening by the watchman who informed him that the garage was on fire.  He said he rushed and found out that the fire had engulfed the entire premises.

“Before the incident, I got a new garage and I started relocating some of the cars; 14 were moved and 91 were left behind. I placed all the keys of the 14 vehicles in one of the cars which were part of those burnt during the incident,” he explained. 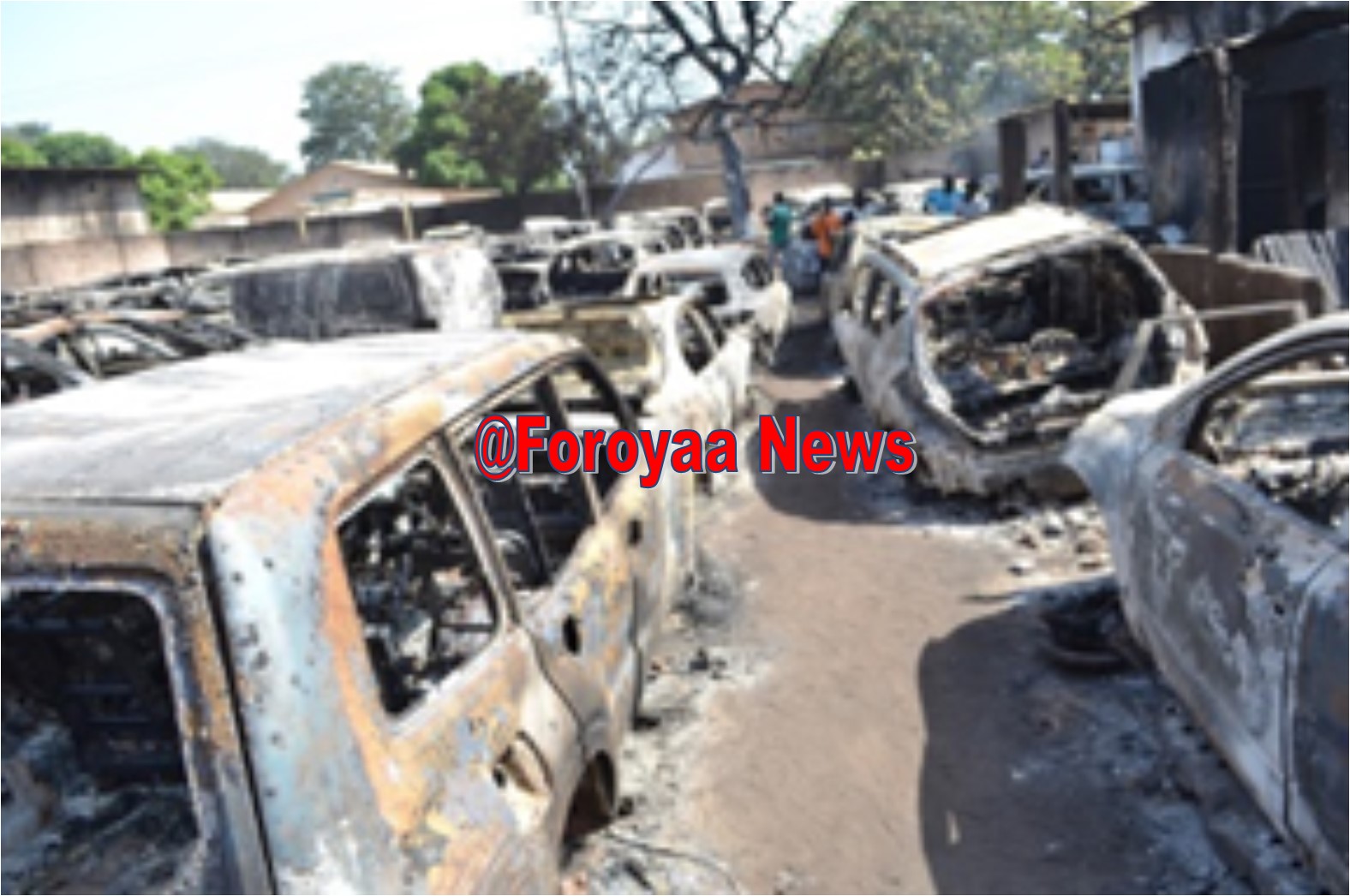 He said the garage started operations in 2015.

Jallow said the loss is huge and estimates it to be over D31 Million dalasis. 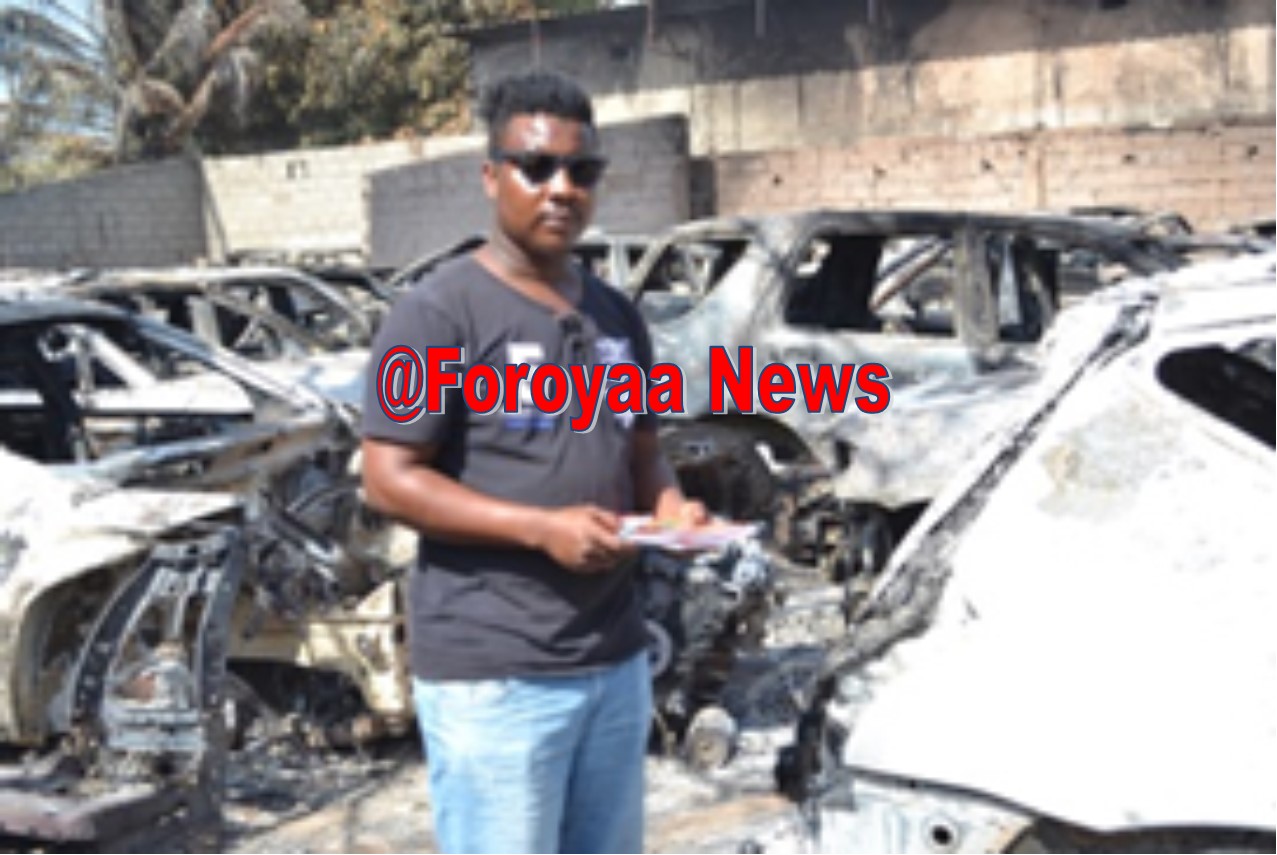 Hadim Njonga owner of the gas bottling factory said he moved from Brikama to Kanifing in 2012. He disclosed that he had a problem in securing supply of gas from Mandinary.

“So we decided to send somebody to Senegal to buy and I contributed with other buyers from Senegal. He said 60 tonnes came from Senegal direct to Mandinary and we had our supply from Mandinary. We were discharging our gas, suddenly I saw the flame from the other side coming towards us. This flame landed within the premises of my company.”

He added: “I lost three tankers and eight trucks containing gas, including the new supply from Senegal. I also lost other materials.

By Nelson Manneh Lamin Fatty, the newly elected leader of the Student Teachers Association (STA) at the Gambia College School of Education has promised to work with...
Read more

Gambia to Update its National Determined Contribution on Climate Change

By Ndey Sowe The Ministry of Environment, Climate Change and National Resources (MECCNAR) has on Tuesday commenced a two-day forum to update its National Determined...
Read more
FOROYAA Newspaper is your premier Gambian community portal delivering news on politics, legal affairs and more. We provide you with the latest breaking news and videos straight from The Gambia and the rest of the world.