Nani Juwara, the Managing Director of NAWEC said his office is taking all necessary steps to address the issue of water shortage that has hit some parts of the Greater Banjul Area (GBA).

Juwara together with the board chairman of the National Water and Electricity Company (NAWEC) on Wednesday, 2nd September 2020 toured the 22.5 million dollar Indian funded water project site. 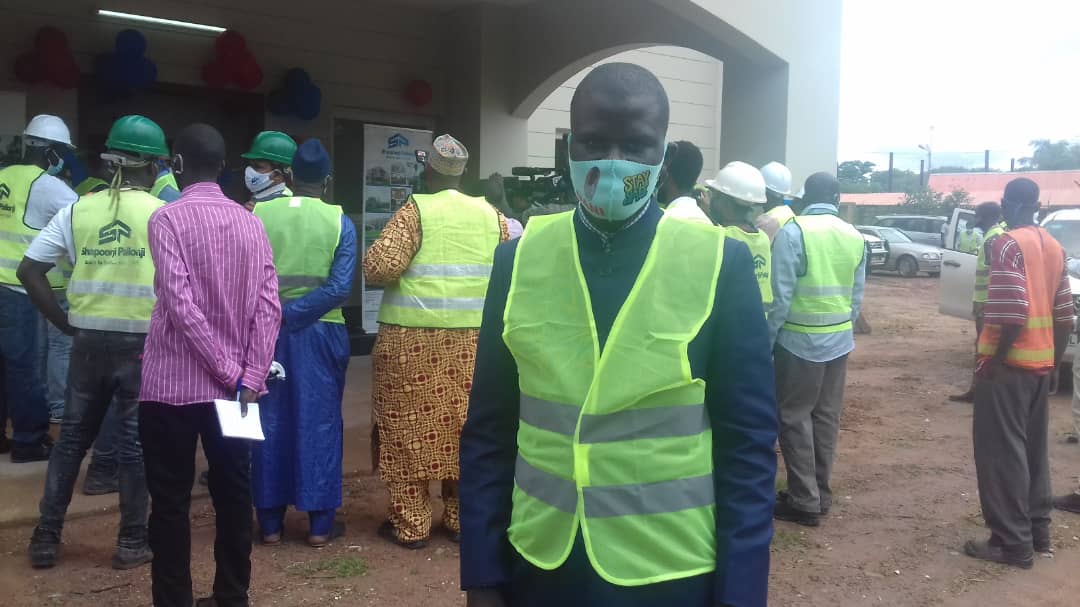 He said the purpose of the one day visit to the Indian funded water project site is to see the progress of the on-going work.

“The project has been on-going and we realised that it has also suffered some setbacks but nonetheless, we have seen the efforts the contractor has put in place to ensure that the project is completed on time,” MD Juwara said.

The MD and his team visited the water treatment plants and borehole sites, all under the Indian Funded Project.

“We have realised that almost ten boreholes have been dug – all completed now just waiting for the transmission line to be connected, so that pumping can start in earnest,” the Managing Director said.

He added they have already started pumping from one of the boreholes, but they still have a number of boreholes out there – almost about nine additional ones that are going to be dug and that will bring it to ten hopefully in the next coming two months.

He said: “They will be ready for full operations because we are just waiting for the transmission line to be ready.”

He said when the boreholes are ready, he is optimistic that production capacity will increase significantly and will help to reduce the complaints they are currently experiencing from the customers.

“We have a number of areas that are seriously affected right now. This includes areas like Kololi, Kanifing, the Pipeline areas and so on, but all efforts are being made now to ensure that we complete this project as soon as possible so that at least the problems those people are now facing would be mitigated,” Juwara said.

He said the anticipation was water would have been available at the treatment plant in July 2020, but this couldn’t materialise adding COVID-19 has impacted on the project causing delay.

“So far so good we are happy with the progress although more needs to be done to at least meet the demands of our customers,” Juwara said.

He said the project will significantly close the capacity gap with respect to water distribution. He disclosed that they have funding from the OIC in the tune of $22.5 million similar to the Indian Project which will also have a treatment plant and a distribution network. He said they anticipate support from the World Bank to drill ten or eleven boreholes in the near future.

“Some areas are not getting water. What we are trying to do now is to quickly ensure that we connect boreholes – the ten boreholes I mentioned earlier to ensure that those boreholes are connected as soon as possible so that they can pump water directly to the Sukuta treatment plant. With those ten boreholes added, we are very sure that places that are complaining about water shortage will see significant improvement in terms of their supplies,” Juwara said.

On people’s predicament with respect to electricity supply, Juwara said they are doing everything possible to solve the problem.

He said last week they received some parts of the generators and the repairs on one of the engines was completed and it is back into operations. He added that this week they also received parts for a six megawatt generator and they are fixing another generator.

“With this we are hoping that the gap will be closed because we currently have 67 megawatts available during peak load as opposed to 70 megawatts which is the peak load demand,” Juwara said.

He added: “I want to be on record that we are not saying we are going to solve the problem this month completely simply because some of the gen-sets that are currently operating are almost due for maintenance. So along the way, these are old engines, we are maintaining them because we don’t have immediate replacement for some of them. So along the way you will see power cuts here and there, but it is not only about the generation capacity – we also have issues with the transmission and distribution network which is also a major challenge for us this year.”

He said the transmission and distribution network is aged, adding efforts are on-going to rehabilitate it.

“With all these efforts in place, we are very optimistic of the future; that power supply situation in this country will be modernised and normalcy will therefore be prosperity,” MD Juwara said.

Alagie Darboe, the Director of Water Division said the $22.5 million water project funded by the Indian Government composes water production (10 boreholes), 34 kilometers of transmission line and 173 kilometers of distribution network. It has a storage tank, replacement of transfer pumps, installation of transfer pumps and it remote controls thirty-four boreholes.