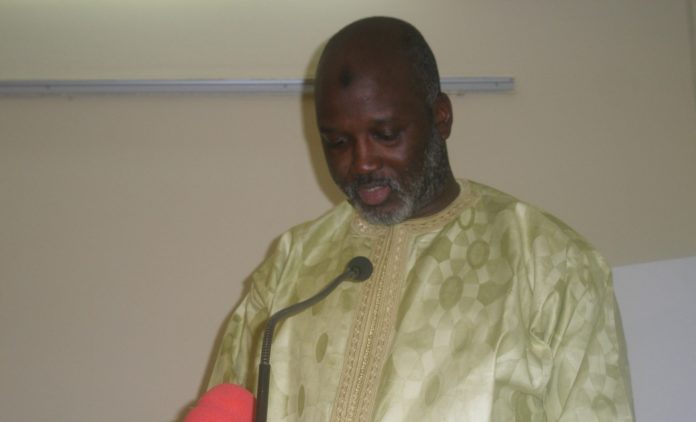 Minister of Justice Abubacarr Baa Tambadou on Monday said Gambians are faced with the clear choice of either embracing the draft constitution and lay the foundations for a better future for their children, or get stuck in the past with the current 1997 constitution and all its retrogressive provisions that will frustrate the country’s democratic march into a better future.

He said: “Like all constitution building processes, not everyone can or will be satisfied with everything in the new draft constitution. But we are faced with a clear choice: we either embrace this new draft which is being presented here today in whole and lay the foundations for a better future for our children, or get stuck in the past with the current 1997 constitution and all its retrogressive provisions that will frustrate our democratic march into a better future.”

Minister Tambadou, who was speaking at State House during the presentation of the draft constitution to President Adama Barrow by the Constitutional Review Commission, said he is certain that the Gambian peoples’ thirst for change remainsunquenched and that he is confident that they will embrace this new draft

He added: “Today marks yet another significant achievement of your administration, and another fulfilled promise to the people of this country. You promised a new constitution within two years, and you have delivered on your promise. It is now up to us, the Gambian people, to uphold our part of the bargain.”

Continuing, Tambadou said they have been impressed by the efforts of commission members to ensure that thecredibility of the entire process, from beginning to end, remains sacrosanct, adding this did not come as a surprise given the character of members of the team under the leadership of Justice Cherno Sulayman Jallow.

He added that with this team, they were always confident that they will have a constitution that will faithfully and accurately reflect the wishes and aspirations of the Gambian people.

“We of course know that it has been a long and challenging journey for you with all the intensive consultations with Gambians both at home and abroad, but our faith in your ability to deliver with the highest standards of professionalism has never been in doubt. Never in the history of our nation has our constitution been written in such a manner,” he added.