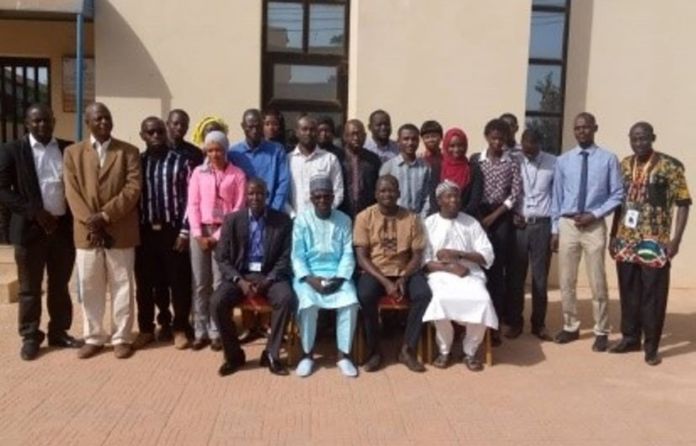 The National Environment Agency (NEA) on Thursday March 12th 2020, engaged Members of the National Assembly Select Committee on the Environment, on environment legislation and policy implementation.

The two day capacity training program enables Lawmakers in sensitizing their electorate to protect and preserve the available natural resources of the country.

Lamin B.J. Samateh, Program Officer at the NEA, said the issue of environmental protection necessitated by the unsustainable erosion of bio-diversity, became a concern for Government when the Gambia hosted a meeting of the permanent interstate committee on drought control in the Sahel in 1977, when the ‘Banjul Declaration’ was read by the then President Dawda Jawara.

“The Gambia ratified this Declaration and has since strengthened its policy and institutional framework for the management of the environment,” he said.

Samateh said the core mandate of the NEA Act first established in 1977include promoting, coordinating and proposing environmental policy to the National Environmental Management Council (NEMC).

“We also monitor and evaluate the Gambia Environment Action Plan (GEAP) and review and approve environmental impact assessment reports submitted in accordance with the provision of the Act or other Laws,’’ he said.

Dodou Trawally the Executive Director of the NEA said the capacity enhancement is meant to remind lawmakers on the existence of the NEA, their mandate and the need for them to work with Members of Parliament.

“We are here to engage Members of Parliament on our mandate and how we operate and the areas we want to collaborate with them,” he said; that the NEA’s mandate is in two parts: a coordinating institution and regulatory body.

“Our relationship with the NEA is a partnership meant to mitigate the environmental problems we have in the country,” he said; that the management of the environment is an obligation for everybody as cross-cutting issue which needs to be championed and led by people.

“We want to see our country in the next level in terms of environmental sanitation and preservation amongst others,” he concludes.