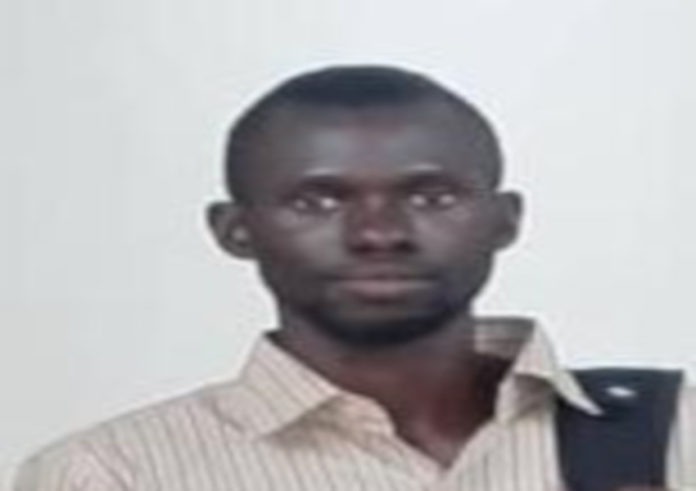 Journalists’ International Forum for Migration (JIFORM) has appointed Ousman A. Marong as summit committee chair for The Gambia.

Marong is currently working with Mamos Media an International media house based in Oslo, Norway.

Marong is named summit committee chair for The Gambia and he will take part in the summit that attracts participants and speakers across the globe.

The 3-days event themed: ‘Migration Governance and Media Strategy for Development during Pandemic will be virtually held on zoom.

Professor of Law and international speaker, Patrick Loch Otieno Lumumba has been named as the Chairman of an international summit to be staged between October 15 and 17, 2020 by the Journalists’ International Forum for Migration (JIFORM).

“We (JIFORM) appointed Ousman A. Marong as our Summit Committee Chair. He is currently the Secretary-General; Migration Reporters Association of The Gambia (MiRAG). He works with the Mamos Media, Norway as resident Gambian correspondent. From his profile, you can see that he is migration personified. We know that not every journalist will pick interest in migration reporting which was why we deregistered many Gambian journalists enlisted on our platform sometimes ago because they weren’t active after several interventions for months.,” said Ajibola Abayomi President JIFORM.

He added: “This is a global event being followed with deserved attention that will have international resource persons from USA, Germany, Canada, Nigeria, India and several nations participating. We have the same committee for different nations and continents already constituted,”

JIFORM President is confident that with the mention of Professor Patrick Lumumba, the spirit of pan-Africanism is reignited.

“Beyond making him chair JIFORM summit, he is one figure that promotes the African brand with honour. He is capable to address issues of migration governance and media strategy to agenda set developments in the region. The summit will attract participants across the globe and everyone irrespective of colour or race will advance migration course based on individuals’ regional perspectives and the whole world will benefit from the encounter,” concluded JIFORM President.

Below is the Press Release from JIFORM:

Dear colleagues, we have a month in between before we hold our virtual international migration see for 2020.

As we gear up, we are pleased to announce a new development from the Gambia in relation to JIFORM 2nd Annual summit slated for October 15-17, 2020.

Sequel to this, Mr Ousman .A. Marong has been appointed as the Chairman of Gambia Mobilisation and Contact Committee for the summit

Marong, is the current secretary of Migration Reporter’s Association of The Gambia (MiRAG).

Other members of this committee are Sarjo Camara, the President of Women Journalists Association in The Gambia, and Biriam S. Jobe, also from the Gambia.

We wish the committee the best of luck and they take up the responsibilities involved.

We have confidence that your contributions will indeed go a long way in championing the agenda of JIFORM in Gambia and Africa.