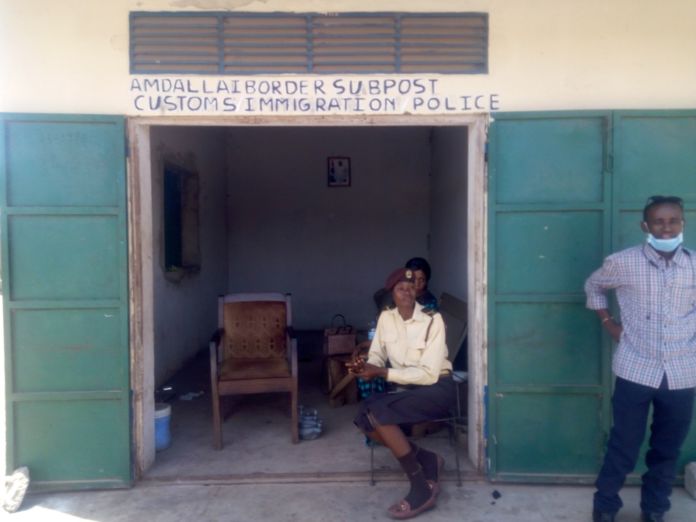 The Gambia Immigration Department (GID) has deployed more officers at the various borders across the country to reinforce the presidential declaration on the border closure.

The deployment came during the weekend’s assessment tour of border posts and entry points by senior GID officials within the North Bank and West Coast Regions (NBR/WCR), to see the level of the border closure and preparedness of GID staff in the fight against the Coronavirus. 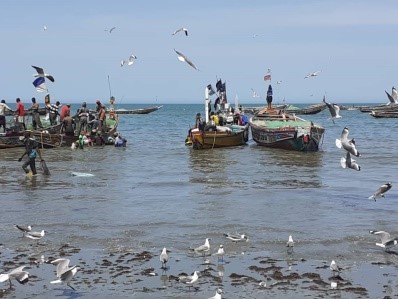 During the visit, it was observed that GID Officers posted at designated border points have reinforced patrols to ensure restriction of people’s movement in and out of the country.

The Officers visited Amdalai, Gibboro and Darsilami border posts and the Bereding stream that connects the Gambia and Senegal, Kartong crossing point and Gunjur, Tanji and Bakau fish landing sites. Superintendent Mamanding S. Dibba, the Spokesperson of the Gambia Immigration Department (GID) applauded the officers for their efforts in reinforcing their patrols; that they have come to realize that official border entry points are not the only place that could effectively help them restrict people’s movement; that there are so many illicit and unrecognized routes which people can use to enter and leave the country without being seen.

Baboucarr Diaw, the Second in Command at the Senegalese side of the border post of Amdalai applauded the visit of Gambian GID Officers to assess the border post and see the level of closure and preparedness of staff of both countries in the fight against the Corona virus.

Manlafi Manneh, Commissioner of Operations at the Amdalai border post confirmed the patrols they have been carrying out before the Corona virus pandemic has since been reinforced.

Abdoulie M. Jeng, the Manager and Customs Officer at the Giboro border post said only essential goods are allowed to move across the Gambia/Senegal border.

During this visit, it was also observed that some of the border posts do not have medical teams on the ground, and many people have not been seen using PPEs as well as observing the preventive measures as per WHO guidelines to fight the pandemic.