Drivers at the Brikama Car Park on Sit Down Strike

Drivers at the Brikama car park on Monday 6th April 2020, embarked on a sit down strike to express their frustrations on the standoff between motorists and passengers.

Buba Sowe, Vice President of the West Coast Transport Unit at the Brikama car park said since the declaration by the President to downsize passengers on commercial vehicles across the country, their earnings have decreased; that reducing their passengers by half the registered number of passengers they should carry on their vehicles, has not favored them at all; that both commercial vehicle drivers and passengers complain and demand for suggestions for a way forward to ameliorate the current situation in the transport sector. 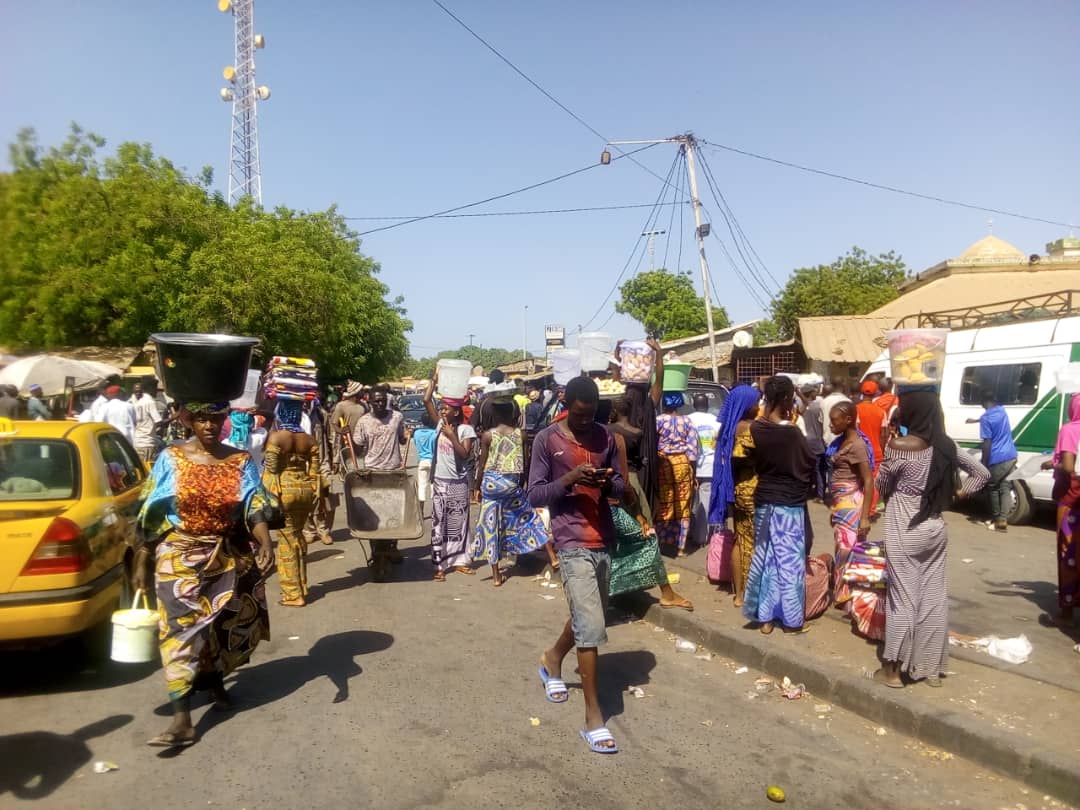 Sowe further said since the complaints reached them, they contacted the Police to invite them for a discussion on the issue, but that this was never referred to the Ministry of Transport for clarification.

According to Sowe, they have heard the Minister’s response but have never met him to discuss these issues; that they have attempted without success to see him on several occasions and the response they got was that he has been busy. Sowe said the Minister is obliged to listen to their concerns and address the situation.

Lamin Sabally, the Auditor General of the West Coast Transport Unit said the price of fuel does not favor them at the moment; that by reducing one dalasi on the pump price of fuel has not impacted positively on their work.

Sabally said the unpleasant encounters between the Traffic Police Task Force and drivers has led many drivers to park their vehicles; that they did not want to violate Government rules and policies in place but rather to stay away. He said the Gambia Transport Union is fully aware of the ongoing situation of the transport industry in the country; that the Police are parking vehicles for the increment in fares by drivers even when passengers agree with apprentice on fares.

According to one passenger, they pay hundred dalasi per individual on board a taxi from Brikama to Gunjur because most van drivers have stopped operation. The affected passenger said Government should be held responsible for all their transportation predicaments and for not coming forward to clarify the ongoing situation.

According to one affected driver, he spends D1,500 on fuel to ply between Brikama and Sibanor only to carry ten passengers; that this gives him only D400.00 because the fare between these two destinations is D40.00.

He concludes by pleading to Government through the Ministry of Transport and Communication to address the ongoing transport woes with utmost urgency, before it is too late.