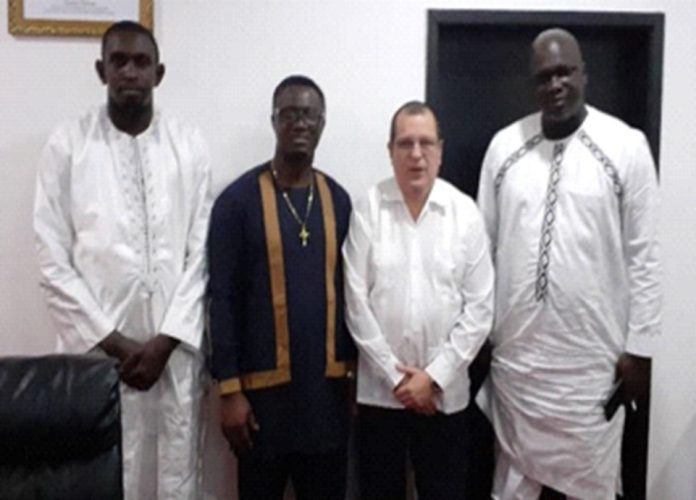 Banjul, August 6th 2022:-The Gambia and Cuba will soon sign a Memorandum of Understanding in the field of Higher Education with the purpose of further strengthening the links of collaboration between the two sister countries.

To this end, the Minister of Higher Education, Research, Science and Technology of this West African nation, Pierre Gomez, together with his work team, received the Caribbean island’s ambassador here, Rubén G. Abelenda, on Friday.

In the cordial and friendly meeting, Gomez and Abelenda agreed that the signing of the memorandum will constitute an important step towards expanding bilateral cooperation for mutual benefit.

The host head highlighted that Cuba is internationally recognized in higher education for its strength and the high level of its universities.

He added that the largest of the Antilles has always been with its head up and developing, in the midst of serious difficulties that it has had to face because of the sanctions and the blockade that it is targeting.

For his part, the diplomat from the oldest Caribbean archipelago recalled that recently three young Gambian doctors began studies in different medical specialties in Havana.

At the same time, he expressed, Cuban professors teach at the medical school of the University of Banjul, while doctors, graduates and health technicians provide health care to the people of this small nation in various hospitals along its geography.

He stressed that the Gambia and Cuba also intend to expand collaboration in other branches such as sports, in which they signed an agreement that has been delayed in materializing due to the Covid19 pandemic, and the complex world situation.