The Gambia Dock Maritime Workers Union, on Thursday 24th May 2018 called for an interview with Foroyaa to lodge their complaints regarding the acts of the former executive members of this union.

Speaking on behalf of the Main Union, Mr. Lang Balla Saho, president of the union expressed their displeasure of the formation of an alternative trade union by the former executive members to represent the entire dock workers. 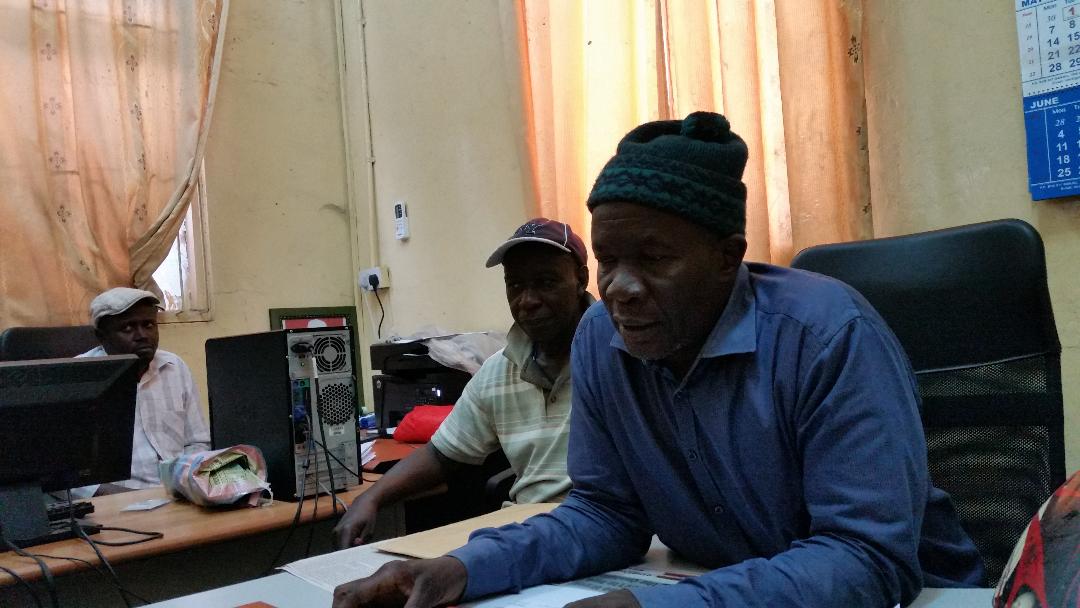 Mr. Saho said, they have been represented by the former executives under the leadership of Babucarr Cole who was the former secretary general of this union 2007 to 2017 before being voted out and replaced by Lang Balla Saho in a congress. Mr. Saho claims that out of the entire membership of 479 dock workers, 19 left and formed their own union, named Gambia Democratic Dock Workers Union, which is led by Mr Cole. He emphasised that they have the majority.

Saho said they were surprised when they saw Mr Cole and his colleagues on TV claiming to represent the dockworkers at the office of the president. He stressed that this group were the former executives of their union but not the current executive committee under his (Saho’s) presidency. Mr. Saho wants the public and government to know that those people are no longer serving the dock workers because they have been voted out, which he said led them to form an alternative union called “Gambia Democratic Dock Workers Union”.

Mr. Saho further said the former executive members have been spreading unfound information about the GPA such as not providing all the Basic needs of the Dock Workers, including the Risk allowances and all other miscellaneous items needed by dock workers. Saho said he refutes all these allegations arguing that Gambian dock workers are well paid. He further added that he would like the Government to conduct an independent investigation regarding the issues so as to prove their cleanliness to the entire nation.

In conclusion, Saho stressed that they are really comfortable with the current GPA management and that they are given the opportunity to lodge their complaints to the Board.

On their part, the secretary general of the other union called “The Gambia Democratic Dockworkers Union”, Mr. Babucarr Cole, defended their position. He indicated his dissatisfaction of the involvement of management in the affairs of the union. He claimed that when the Maritime Dockworkers Union had their congress held at the Atlantic Hotel, the managing director interjected and asked him to cut short his report so they can forge ahead with the election; and eventually Saho was the only one elected from the former executive. Subsequently, Cole said, he was approached by many dockworkers to form their own independent body which will represent the interest of all the dockworkers instead of individual representation.

He claims that their membership is beyond 50% that is why they have the approval of registration from the attorney general. Without large membership, they will not have been registered because their constitution did not recommend anyone to register 50 members or less.

Regarding their meeting with the office of the vice president, Mr. James Gomez, an executive member of the Democratic Dockworkers Union, said their visit was to highlight the promises made when the dockworkers were transferred from being independent labourers to employees of the GPA in 2007. He said that a committee called “taskforce” was formed to manage the affairs of Dockworkers.

Mr. Gomez expressed dissatisfaction with the cutting of their risk allowances, per diems, bonuses, wages, insurances, overtime pay and medical care. He further stated that the Management changes the system of payment which favours them not and they have been working on it for the government to do something about it. Gomez further complained that, since 2007 up to date, none of their colleagues who had accidents or died were compensated by the authority and now their families are living in extreme difficulties.

He further said that their demand was for D400 million compensation for the payment of dockworkers but the Authority distributed only D32,250,608.75.

A group calling itself Gambia Dock Maritime Workers Union called a press conference on Thursday and threatened to seek court action against another group calling itself Gambia Democratic Dock Workers Union. There is another Dockworkers union called Gambia Dock and Maritime Workers Union. The similarity of names creates some difficulty in giving an accurate report. However it has been confirmed that the three unions are all separate entities seeking to represent the dockworkers. Civil society is very weak in The Gambia and Foroyaa does not want to entertain clash between them. However, any group that has a right to be heard would be given a right to respond as long as equal coverage is given to the views expressed.