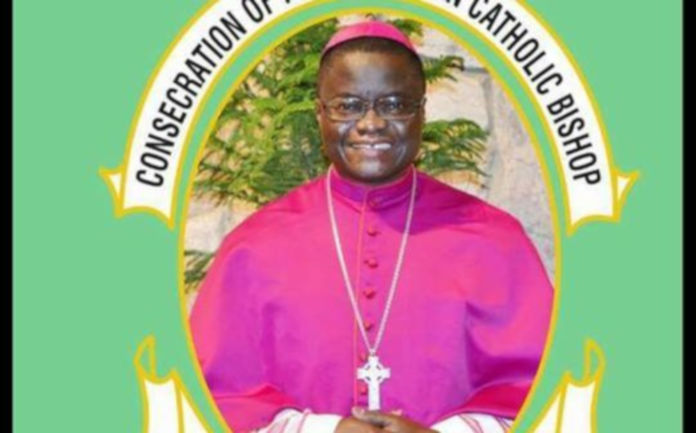 Following the declaration made by President Mr. Adama Barrow, the Catholic Diocese of Banjul has suspended Sunday Masses, Stations of the Cross, among other activities that may lead to public gathering in the church.

On the 17th March 2020 President Barrow suspended all public gatherings and also closed all schools for 21 days. This follows the confirmation of a case at the Medical Research Council (MRC).

In order to mitigate the spread of the deadly virus, the Catholic Diocese of Banjul in a press release has formulated an action plan and directives in addition to the precautionary measures it issued two weeks ago to contain the spread of COVID-19. The action plan and directives are intended to support and compliment The Gambia Government’s efforts that were outlined by the president of The Gambia.

The press release indicates that from the 20th March to 7th April 2020, all parishes, outstations, religious communities, institutions, houses of formation, families, associations and groups should implement and strictly comply with the following plans and directives”

“The daily Sunday masses will only be celebrated in private on behalf of the faithful and not publicly in the parishes, there will be no stations of the cross in the parish churches on Fridays but families and communities are required to observe the Stations of the Cross in their homes while maintaining the two meters distances from each other, if they are more than fifteen.”

According to the Catholic Church, in the season of Lent, Weddings or Marriages and Baptisms are normally not celebrated unless in exceptions cases, adding now all Weddings, Baptisms reconciliation services, communion services, adorations, vigils, retreats, and meetings are suspended till further notice.

The release adds: “If there are any funerals, they will be strictly private and will be limited to only immediate family members who should not be more than twenty-five relatives.”

When anointing the sick, the Priest should use a cotton bud that should be properly burnt afterwards and he should extend his hands over the sick person without any physical contact, instead of laying his hands on him or her, the release adds.

According to the Church, unessential services provided by the Parish and office staff and domestic works should be reduced where necessary to mitigate the exposure and risk of the staff members who use public transport.

“The priests, religious, deacons, seminarians, and faithful should not travel outside the Dioceses during this period.

The Chrism mass that falls on 7th April will be celebrated by the Bishop only in a low key private form,” the release says.

The Catholic Dioceses of Banjul further indicates some recommendations that private spiritual exercises for the catholic faithful and families, among them includes meditation on daily and Sunday mass readings and the life of the Saints.

“Family recitations of the Rosary, offer daily prayers and supplication for the healing of those already affected, perform charitable works and services to the elderly, most vulnerable, and needy in your house and community, and not allow yourself at any time to be deceived or misled by anyone who purported to have a spiritual cure to the coronavirus disease.”

The press release states that before the end of the three weeks, the Dioceses of Banjul will review the risks of the coronavirus pandemic, in case there is improvements they will revise these directives based on the Government’s recommendations, but if the situation remains the same then the Easter week, feast and Divine Mercy Sunday will all be celebrated only in private.