The Vice President of Republic of the Gambia Dr. Isatou Touray commiserated with victims of Basse market fire disaster, when she visited them on Tuesday February 25th 2020.

Vice President Touray said she was sent by President Barrow to commiserate with the victims and to see and assess the level of destruction by herself.

“This morning, the President called me to rush here to commiserate with victims and to express his feelings and sentiments on this unfortunate incident that has happened, and to inform you that he will build a new market that will respond to new responsibilities that the new Gambia demands,’’ VP Touray told the victims.

Dr. Touray expressed her appreciation to the efforts of the security forces, Chinese team, Senegalese fire fighters and all other actors during the inferno, on behalf the President; that by looking at the solidarity and support from everyone, one should know that the Gambia belongs to all citizens.

“It is obvious that the amount of destruction seen can be quantified in millions and millions of dalasi. Hence I appeal to everyone including philanthropists and those with the heart and the means to assist the people of Basse,” VP Touray said. 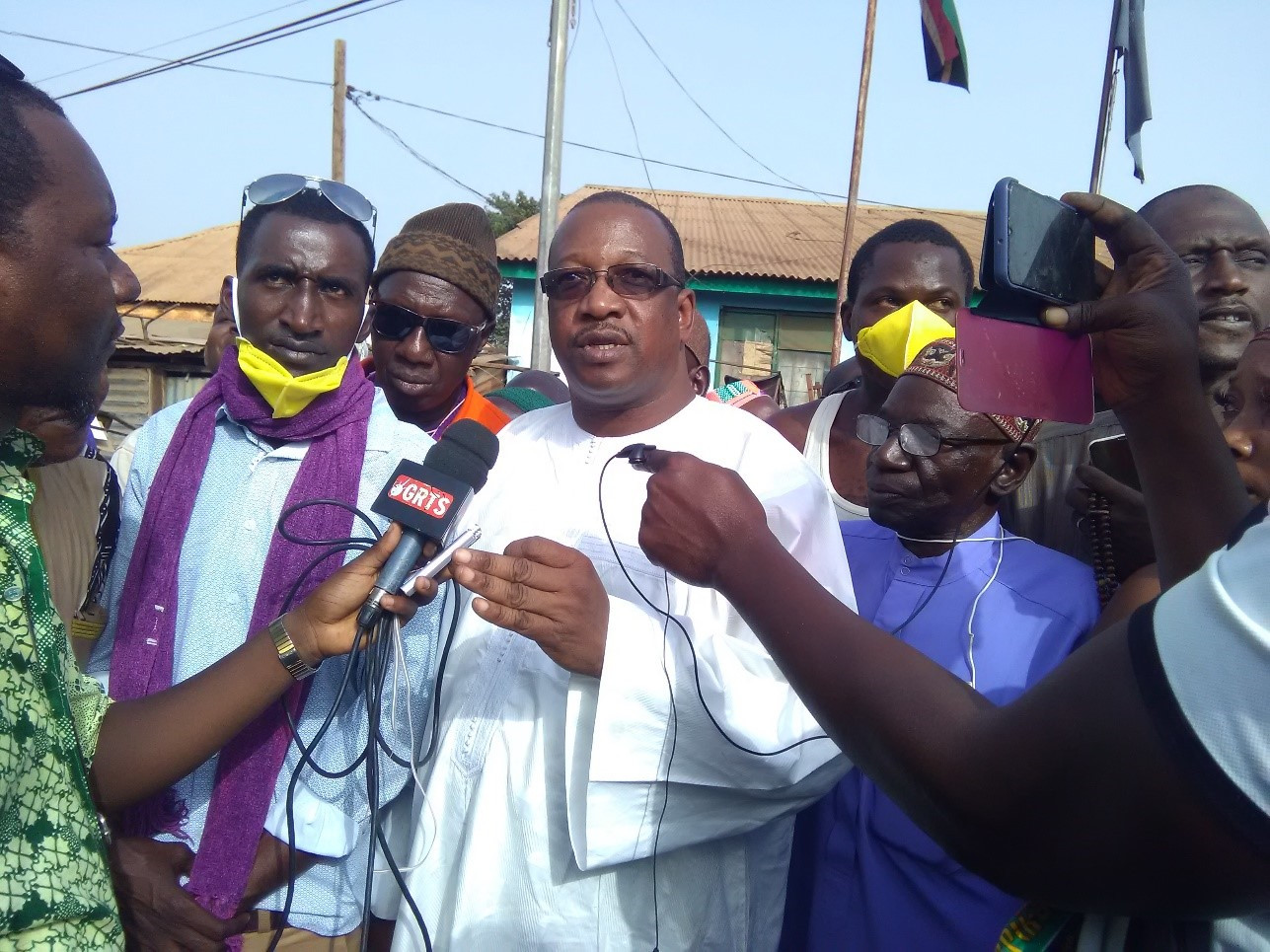 In the same development, Mama Kandeh, leader of Gambia Democratic Congress (GDC) expressed his wish to build a better market for the people of Basse if he was able to. He however presented a cash donation of D200,000 to Selu Bah, the Alkalo of Basse for the victims of the Basse market inferno on Tuesday February 25th 2020.

Kandeh told the Alkalo of Basse that the donated cash amount is not for the Basse Area Council or the Government of the Gambia but strictly for victims of the fire disaster. He also seized the opportunity to call on everyone to contribute their quota to assist the victims and advised them (victims) to be transparent with whatever that comes for them.

Selu Bah, the Alkalo Basse on behalf of the victims thanked Mama Kandeh for what he called his magnanimity.