Trabzonspor are eying to reach the Uefa Champions League next season after a decent finish this campaign and are on the lookout to reinforce their squad beginning with the attack.

A plethora strikers are said to be on their wish-list including Cameroon’s Vincent Aboubakar but they would require to cough up €10m to prise the Yaounde-born away from Besiktas.

Besiktas know the potent of Vincent and wouldn’t fancy letting him join a rival club making Ali Sowe all the more suitable in Trabzonspor’s revamping project.

And of a bigger advantage, the Turks need not part with €10m from their coffers, giving the Gambian cost in the region of €360,000. 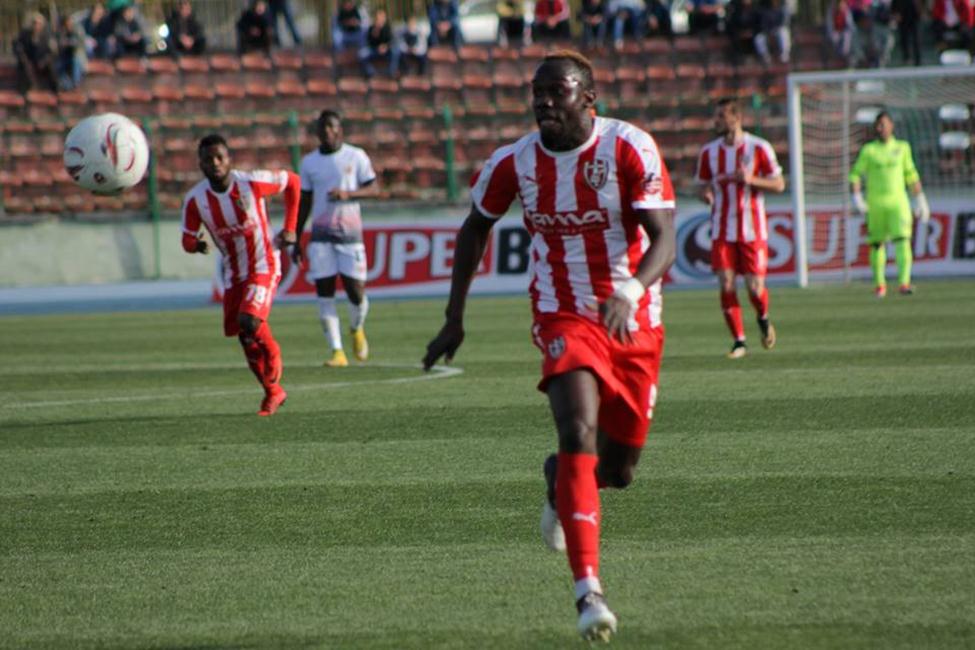 All of these happening however hinge on Serie A club Cheivo Verona’s willing to sell an ace whom they sent to Albania to rake up playing time and return a finish product in front of goal.

The 23-year-old Gambia international fired in 21 league goals -a career high- before adding the Albania Super league title, golden boot and Cup to his trophy cabinet.

A transfer to Trabzonpor will see the former Gamtel FC striker join compatriot Demba Savage in the Turkish Super Lig as they look on the cusp of being the country’s first players to play in Turkish’s top tier –ranked 9th best in European club football.

A season of rivalry amongst Gambians at Chievo?

If against all odds Chievo choose not to cash in on Ali to the highest bidder, it would mean he and compatriot Lamin Jallow competing for a place in the Serie A outfit’s line up.

Jallow, also 23, had a breakthrough outing last season at Italian second tier outfit Cesena scoring 11 goals –the highest scoring African player in both the first and second divisions of Italy.

He, like Ali, are expected to return to Chievo at end of their loan deals to begin preparation for next season. The result presents an overwhelming presence of quality strikers which could help Chievo’s attempt at climbing to the league’s top-five. But whether both Gambians will be ready to stay and play second fiddle is the begging question on the lips of club faithful.

Meanwhile, Genoa are part of a litany of top flight clubs ardent on sanctioning a deal for Jallow.

Juventus, Sampdoria are among the league’s juggernauts willing to dip from their fountains. However, any move away from Chievo will be dependent on guaranteed playing time having seen that hard to come by at Verona.

Juventus are understood to be receptive to the theory of purchasing the wing-man and sending him out on loan again in the hope he will be one for the future.

Other suitors Genoa and Sampdoria will be required to make firmer bids if securing Lamin Jallow’s services is a priority.

If Chievo opt to put both Gambians on the market whether on loan or on permanent basis, it will represent investment well made after they procured the duo from local Gambian teams for paltry sums.

Jallow and Sowe were spotted in 2013 when they represented Gambia’s U-19 l team in Umbria’s annual tourney as part of a deal that made Italian Luciano Mancini coach of the Scorpions national team –perhaps the only positive, if any, from the time the 50-year-old  occupied  Gambia’s managerial hot-seat.

Gambia Bounces Back With 2-1 Win Against South Sudan

WHO Recommends Groundbreaking Malaria Vaccine for Children at Risk

Football House on the Path to Professionalising Domestic League