Residents of Salagi, a settlement on the outskirts of Sukuta will on Monday hold talks with the Gambian Government over the Salagi land saga.

On the 19th May 2020 a problem ensued when the Gambia Government went to Salagi and began demolishing some structures including buildings. The police arrested some of the residents as a result of the problem and released them on bail.

Saikou Bojang, a resident of Salagi, whose compound fence was demolished, said they were invited by the West Coast Deputy Governor to discuss the recent tension. 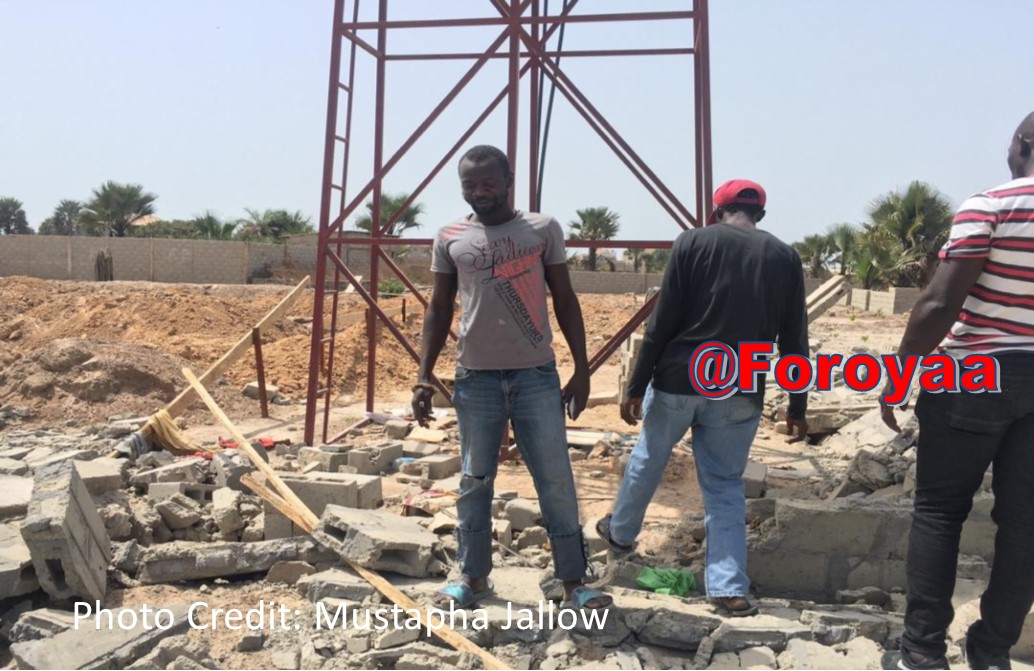 He explained: “I together with my family members and other landowners – were invited at the West Coast Governor’s Office in Brikama. We held a discussion with him (the governor) and the outcome was to meet with Ministry of Local Government and Lands in Banjul on Monday.’’

He added: “During the meeting, we have agreed to meet with the Minister. We do not know the purpose of the meeting, but we will go and listen.’’

Bojang said though they are ready for dialogue, they still want to retain their compounds.

“I’m staying here with my wife and 5 kids – and the reason why I built here was for them (my little family). So, I’m not going to move anywhere,’’ he said.

He said: “I cannot leave my home for others, impossible…… I built this house for my kids and not for me.’’

Asked if the government compensates him with a plot of land with cash, he responded: “No, I will not take it – because here is my home and land, it belongs to me. So, I need no compensation.’’

Bojang alleged that he was not given any notification about the demolition exercise that took place on 19th May by the state.

“They are supposed to serve me a notice about the exercise but no one did. I woke up one day and saw officials with security forces surrounding our buildings,’’ he explained.

He stressed that his children are living in fear – as personnel of the PIU are still patrolling the demolished areas.

It could be recalled that dozens of houses and fences were demolished in Sukuta-Salagi by government officials and the state security agents. The demolition exercise resulted in a clash between the security forces and residents.