In the welcoming remarks of the chairperson Brikama Area Council, Mr. Sheriffo Sonko, quoted the saying, “Someone who’s looking for a shade met the maghrib shade” and thanked the Qgroup for the wonderful initiative.

Mr. Muhammed Jah, the CEO of Qgroup remarked that he was watching the QTV news where he saw the unfortunate fire disaster which happened at the Brikama Market and affected 35 stalls where the entire stalls and their merchandise were burnt to ashes. Jah added that his actions are not an act of Charity or act of Business, for charity is best given to the neediest or the poorest in our communities. He further said he’s certain that these entrepreneurs that have lost so much from an act of God, don’t need to be pitied and that is why they get up everyday to work and support their families and communities. In a society where it is common to beg, these guys have chosen to work.

He further stated that this is not an investment for any return in terms of clientele or value. He said his years of experience in Business and philanthropy have taught him to look at challenges differently. He said he is thankful to Allah for being able to render support to the victims so they can use their work and activities to make the Gambia a better place.

In addition, Jah said he appreciates their leadership roles and spirit of enterprise as they toil everyday without recourse to the funds of the public or aid agencies. These are the real entrepreneurs that would change this country and he further encouraged everyone to help the victims stand again not as an act of charity but an act of honour. 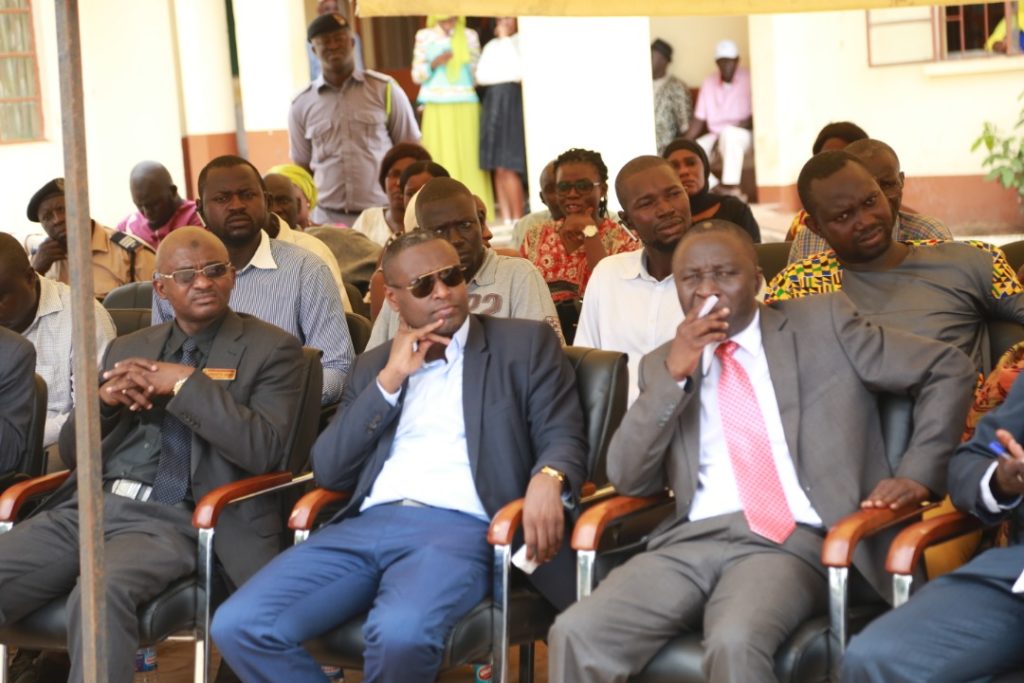 Jah concluded that the Qgroup foundation together with the Brikama Area Council and the National Disaster Management Agency have Decided to open a temporary account with the AGIB Bank to enable Gambians from all walks of life to help fund these entrepreneurs continue their journey. The name of the Bank account according to Jah is “Brikama Market Fire Disaster Relief Fund”.  With this account, Jah added that anyone who wants to help the Brikama Market fire Disaster victims can send or credit money to the account anywhere in the Gambia. He stated that the account will only be opened for 2weeks after which it will be closed and the funds will be used to rebuild the stalls and the rest of the money will be used as capital to restart their businesses. Jah further stressed that the Qgroup will donate 1million Dalasi to the account and the foundation will use the initial funds of 1million to help rebuild all the 35stalls within a short time. He further promised to work with the BAC and NDMA to make sure the funds are used for their purpose coupled with the media coverage of both Qradio and QTV to create the media awareness to be able to solicit funds from the general public to achieve this noble and honourable task. He concluded that their target is to raise D5 million within 2weeks of the campaign.

Ms. Binta Sey Jadama the Regional Disaster Coordinator stressed that disaster management is multifaceted and multidisciplinary in nature therefore, that means disaster management is everybody’s business and it has to take an integrated approach to ensure that everybody is in the field of Diasater management relief agency. She added that, the initiative of the Qgroup is very welcomed because Qgroup is here as part of the private sector to elevate the lives of others. She commended the CEO of Qgroup for being a real patriotic Gambian who is here for his people, not only for his business but for the Gambia as a country.

Hon. Alhagie S. Darbo also remarked that that he is always praying and hoping that philanthropist and the likes of Muhammed Jah and others will come forth and support the victims who’re in distress.

Mr. Bakaray K. Sanyang the Governor of West Coast Region thanked Mr. Jah and dilated that he never approached him but that it was Jah who approached them after seeing what had happened on the news regarding the incident and further suggested to him to bring forth of all the victims and offer them a little support. Mr Sanyang said that this is the Gambia we know, where we will be standing for each other and console the victims by showing them love and care.

NA Select Committee on Agriculture is Satisfied With Rural Projects

Request for Expressions of Interest for Asbsetos Survey of Health Facilities

The Ministry of Health has applied for financing from the World Bank and intends to apply a portion of the proceeds of the grant...
Read more

Request for Expression of Interest for Renovation of Hospitals

The Ministry of Health has applied for financing from the World Bank and intends to apply a portion of the proceeds of the grant...
Read more
FOROYAA Newspaper is your premier Gambian community portal delivering news on politics, legal affairs and more. We provide you with the latest breaking news and videos straight from The Gambia and the rest of the world.