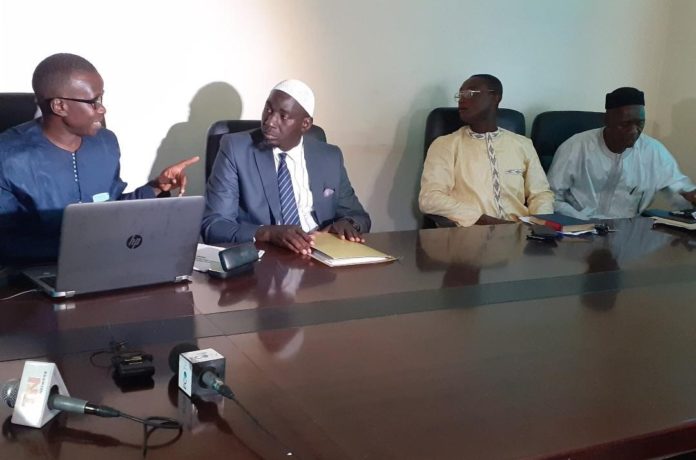 Buba Sanyang, the Permanent Secretary of the Ministry of Land has told Foroyaa, as per section 4 of the Land Acquisition and Compensation Act, the Government reserves the right to take over land for the public interest.

Sanyang said the southern and northern part of Kombo form part of the State Land. He said the law provides that the Minister of Land may acquire any land for public purpose.

He said when the area is a State Land, and when the state is ready to use the land, they will engage the communities especially the customary owners.

He maintained that in 2007 a letter was sent to the Alkalo of the area by the Physical Planning captioned ‘Preparation of a residential layout at salagi’. He said the affected plots of land lie between Old Salagi Layout and Sareh Pateh adding the Government advised people not to process any land allocation within these areas. He explained that the Salagi extension does not only affect sukuta, but brufut Bojang kunda.

Mr. Sanyang said one of the responsibilities of the State is also to compensate the owners of the land. He detailed that all the Kabilos, whose lands have been taken, were compensated by the State.

He said this place was designated since 1997 and that all the houses built there without regular documents from the Department Physical Planning will be demolished.

He said 919 plots were demarcated in which 166 kabilos were compensated by the state as well as individuals. He said 324 plots have been given back for the communities for retention or compensation which form 35% of the area.

“So, in effect all developments without permit have consequences,” he said.

He said the first phase of demolition is carried out on public spaces for the layout.

Some of the families in Sukuta are still complaining that they were not compensated and in fact, they don’t want the place to be sold that they want their lands back.

On the 19th May 2020, a problem ensued in Salaji between the residents and security forces who provided escort to the Department of Physical Planning who came to demolish the houses and other structures. Thirteen people were arrested and were charged with obstructing police officers.