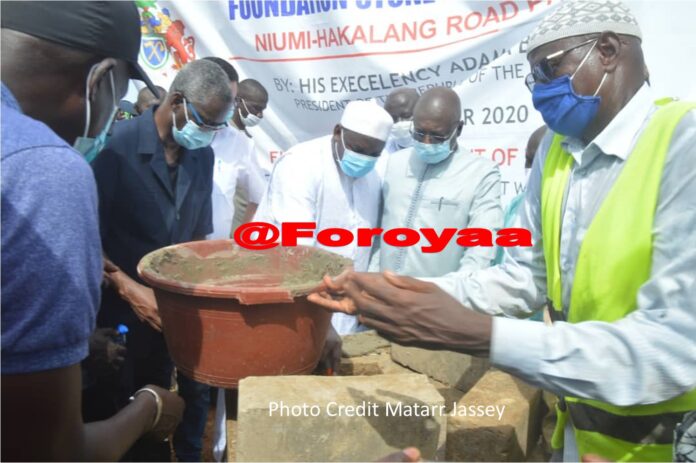 The project which is being funded by the Gambia Government, is contracted to CSC Group.

The President, who was accompanied by a delegation, was executing a promise he made to the community during his recent presidential tour with the people, where he promised to construct the road. 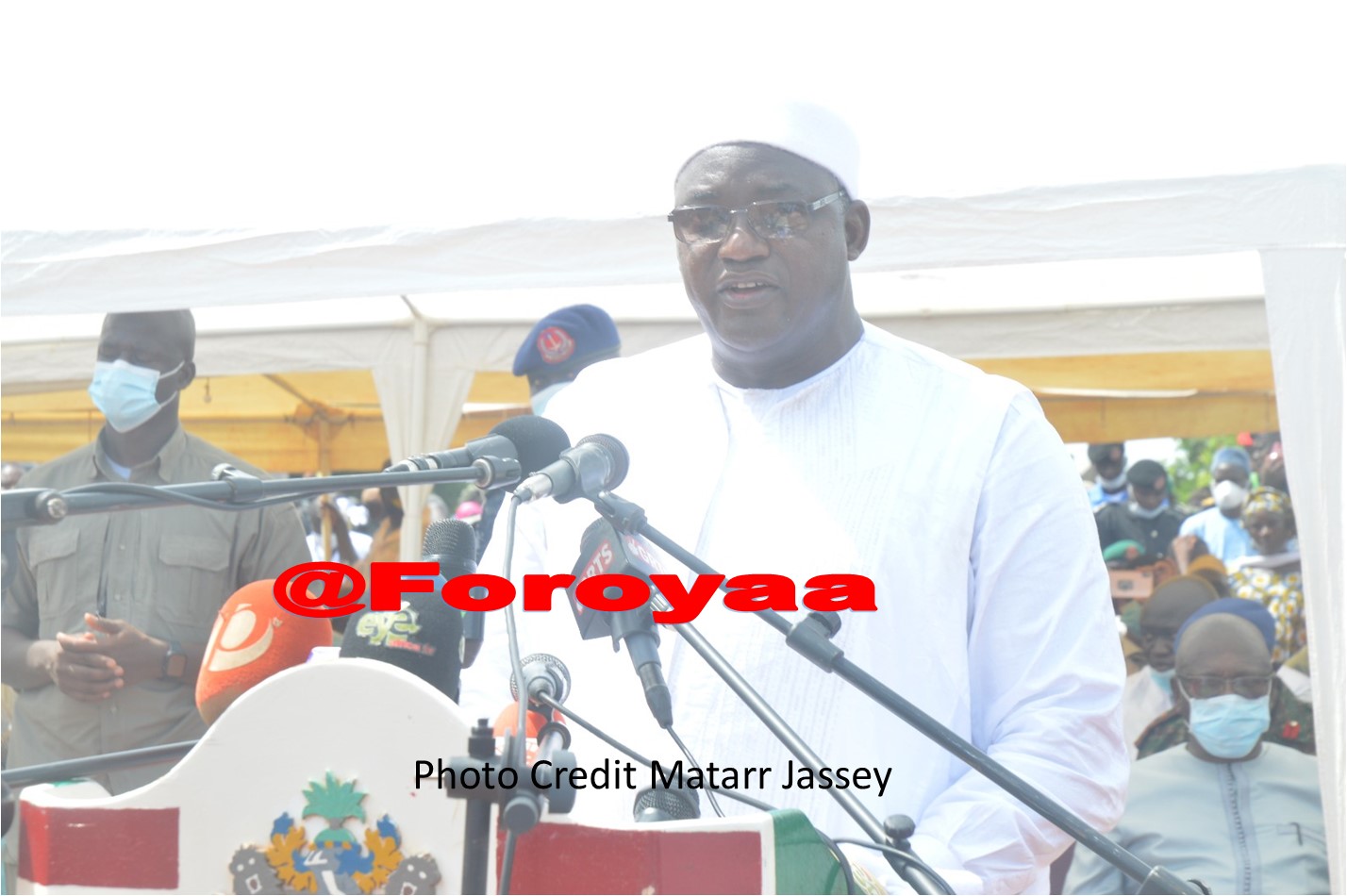 The historic moment showed the beginning of the construction of a road that never was since the country gains it independence more than 50 years ago. People came out in their numbers to grace the event despite the Covid-19 pandemic ravaging the globe which The Gambia is no exception.

Speaking at the ceremony, President Barrow said the lack of good and adequate infrastructure in the rural area has contributed to the great disparity between the rural and urban settlements. 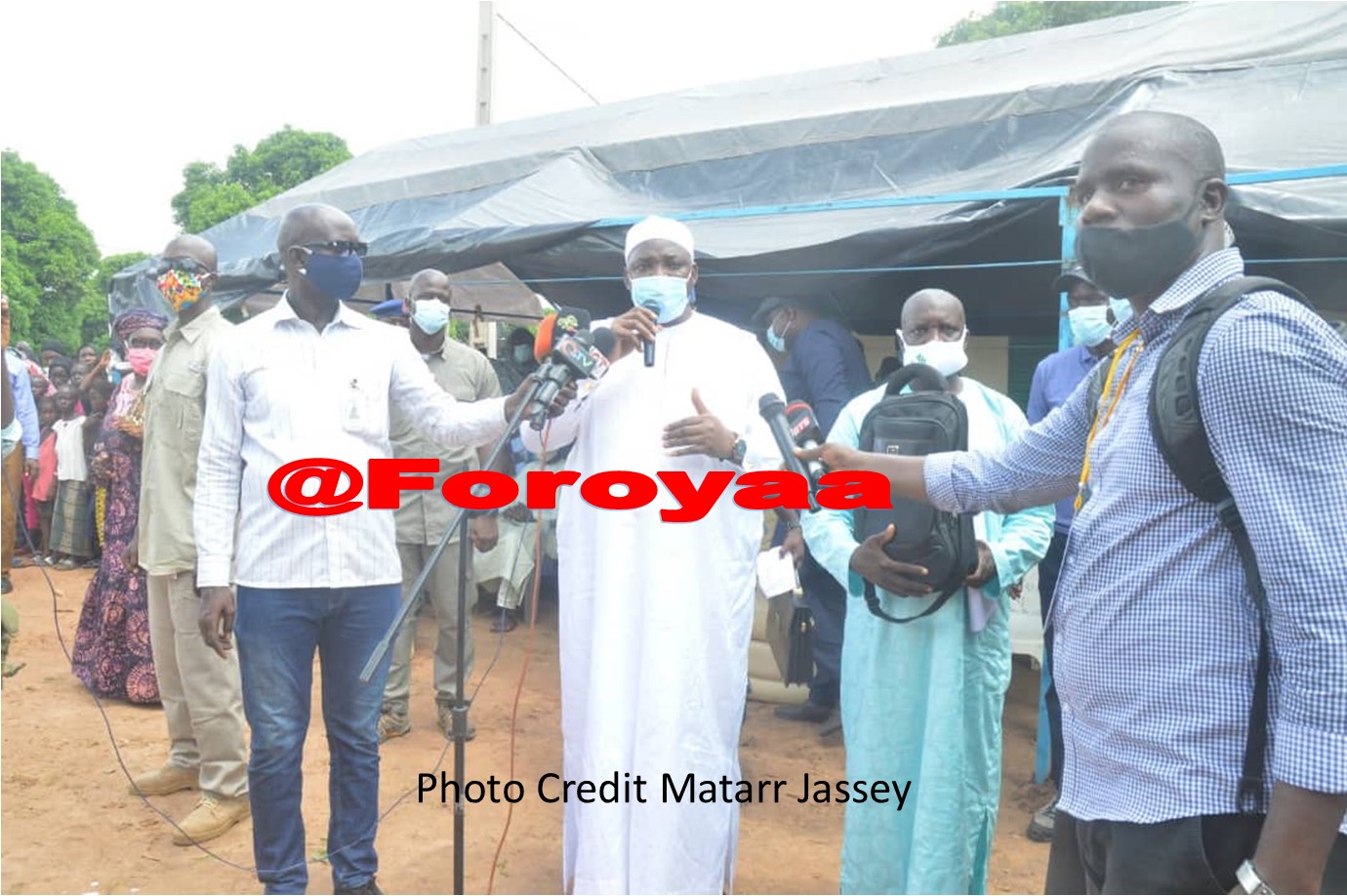 Barrow said the event marked significant minestrone in the development endeavor of his Government, saying the goal of the national development plan is to deliver good governance and accountability, transform the economy for the wellbeing of all the Gambians, among others.

President Barrow explained that the project demonstrated his Government’s commitment to inclusiveness in the Gambia which will improve the role of road networks for better social facilities and employment opportunities in the rural area.

Barrow added that the project will increase the agricultural activities such as horticultural product enterprises that include Cashew farming, access to schools, markets, hospitals and fish landing sites.

“My government has taken the decision to make sure Hakalang is no longer excluded from the national development processes,” he said.

Bai Lamin Jobe, Minister of Works and Construction, said the road construction is important to the President and that’s why the road would be constructed. Minister Jobe thanked the National Assemble Members for approving the construction of the road.

For his part, the chairman of the CSC Group, Demba Sowe, said they will deliver and successfully accomplish the project work within 26 months.

Meanwhile, Hakalang road is the only lifeline for more than 15 communities in Niumi. Following independence, the people of the area have been suffering due to the deplorable condition of the road.