By Ndey Sowe The Ministry of Petroleum and Energy has Tuesday launched alternative cooking fuels to promote sustainable management of...
Read more

The Nigerian Company 4 Ecomig on Tuesday October 1st 2019, commissioned a newly installed borehole and water reservoir for the communities of Bafuloto and Medina Nema su. 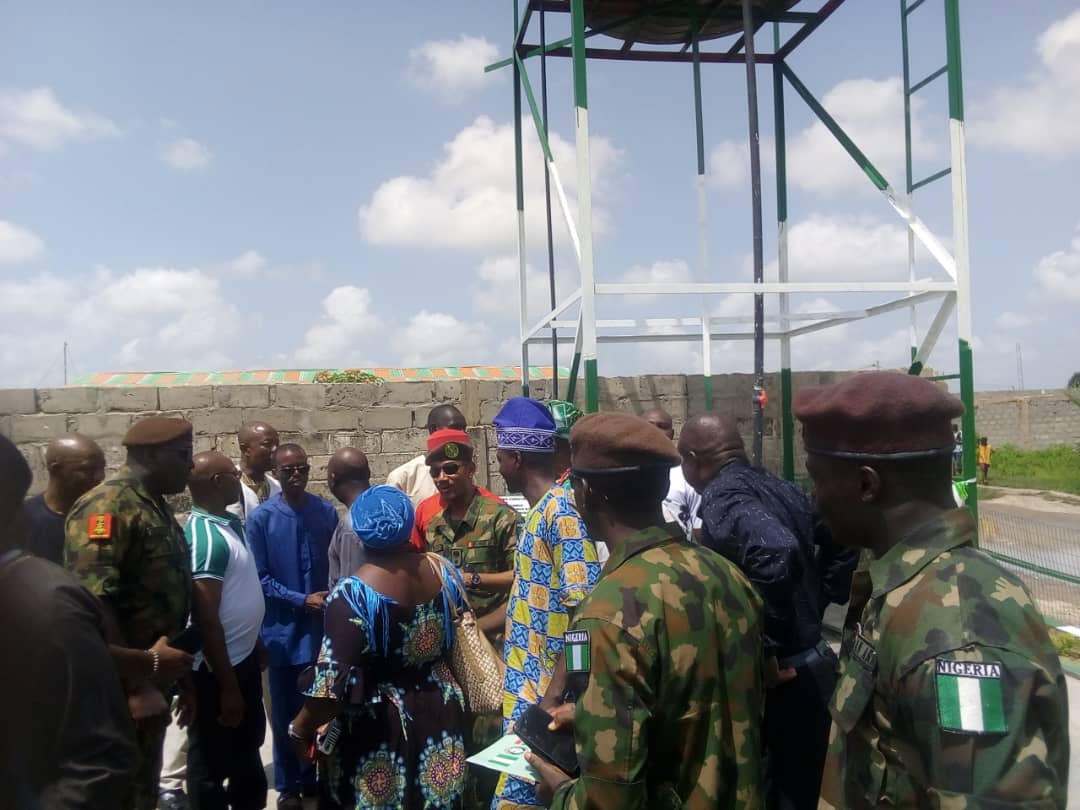 ‘‘In compliance with the ECOWAS mandate, Nigcoy 4 Ecomig has within the period of their deployment provided humanitarian services through medical outreach and the provision of support to orphanages,’’ he said; that in furtherance to their services to humanity, NIGCOY 4 Ecomig was installing and commissioning the borehole and water reservoir worth two hundred and fifty thousand dalasi for the communities of Bafuloto and Medina Nema su. He said the project aims to reduce the untold hardship faced by the community in accessing portable water and that the commissioning was also taking place during Nigeria’s 59th Independence Anniversary celebrations.

He said the Nigerian Company (NIGCOY) 4 Ecomig arrived in the Gambia on 23th March 2018 under the auspices of ECOWAS mission to assist in Gambia’s defense and security to provide peace and security for her people.

On his part, the Nigerian High Commissioner thanked the Nigerian contingent and fellow countrymen for the support they have rendered to the Gambia and hopes that the good relationship that exist between the two countries continue to grow from strength to strength.

Alhagie Jobe the ‘Kabilo’ head in his remarks said the commissioned borehole and water reservoir was very timely for the communities of Bafuloto and Medina Nem Su. Jobe said many of the people in the community and surroundings had serious water issues before the coming of the borehole; that they used to fetch water from uncovered wells for so many years.

But that thanks to the Nigerian Ecomig contingent, the community of Bafuloto and Medina Nema Su can now heave a sigh of relief for getting access to portable water. They promise the Nigerian Ecomig Contingent Commander that they will take good care of the borehole through regular maintenance so that it can serve them longer.

Directors of Health Shrug Off Allegations of Mistreatment

By Ndey Sowe Members of the Public Accounts/ Public Enterprises Committees of the National Assembly were on Wednesday, 13th January, 2021 trained on Anti-Money Laundering and...
Read more

By Makutu Manneh The Writer’s Association of the Gambia (WAG) has on Saturday 16th January 2020 elected Kebba Mamburay as the new Secretary General of the...
Read more
FOROYAA Newspaper is your premier Gambian community portal delivering news on politics, legal affairs and more. We provide you with the latest breaking news and videos straight from The Gambia and the rest of the world.