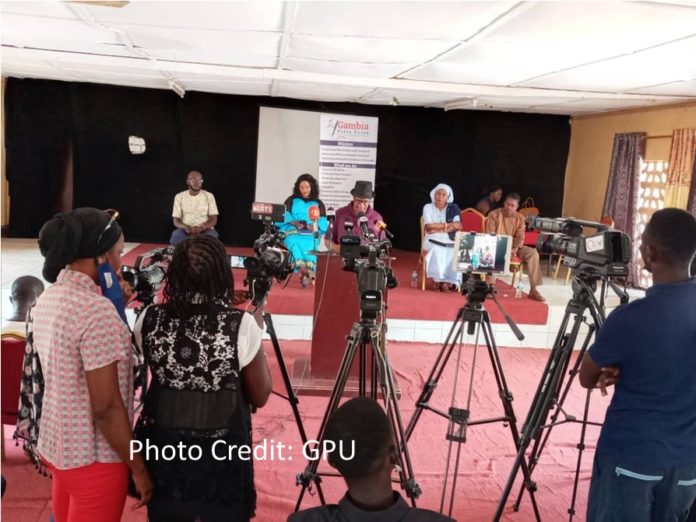 The Awards Committee of the National Journalism Award (NJA) has reduced the award categories from twenty to thirteen for the 2020 awards night.

“Last year, for instance, it was held on July 12 and for this year, owing to the ongoing COVID-19 pandemic and other logistical problems, there are plans to hold the event in October,” Demba Ali Jawo, the Chairperson of the Awards Committee said.

D.A Jawo said the awards are open to all media outlets and platforms, and all journalists and media practitioners working in the Gambia are eligible to apply. Jawo said only works produce in 2019 on Gambian-registered media outlets are eligible for entry. He detailed that opinion articles, advertorials, work produced under contract for commercial promotion and newsletter issues/articles are not eligible.

He said the special awards are reserved for the GPU while the regular awards are open to all Gambian journalists to compete for.

“Even though all the entries are expected to be works produced in 2019, but because of the importance of the coverage of the Coronavirus, we thought it necessary to include a special award on COVID-19 reporting, which recognises the risk that Gambian journalists take in being on the frontline to cover the pandemic,” Jawo told the press.

The Award is an initiative by the Gambia Press Union (GPU) to reward and inspire media excellence in the country as well as honour journalists and media practitioners whose works stand out. The Award seeks to motivate and commit journalists to strive for excellence in their various domains.

In line with its mandate to try to improve the professional standards of the media in the Gambia, the Gambia Press Union, in 2016 staged its first NJA, as part of its flagship events to mark the annual commemoration of the World Press Freedom Day.

There will be a five-man panel of judges who will be chosen by the Awards Committee and they will receive and assess the entries and decide on the best entries that deserve the awards. What they look for include, accuracy and relevance, grammar, style and presentation, the impact of the story and the creativity and originality.

“We would assure everyone that the judges would be completely independent and they would not be under anyone’s directives in doing their work,” Jawo said.