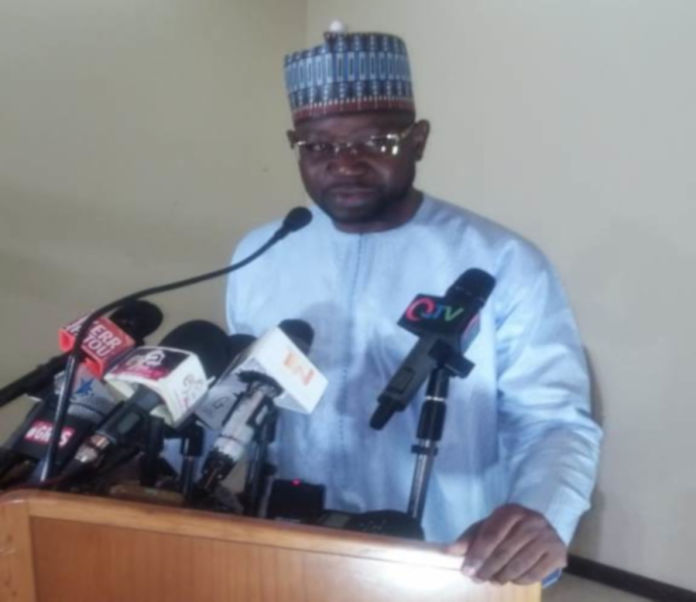 Mai Ahmed Fatty, the leader of the Gambia Moral Congress said the closure of the mosques by The Gambia Government was unjustifiable.

Lawyer Fatty said it does not make sense to close mosques leaving markets open adding there are no regulations at the market.

“If the markets are open, the Mosques should be open. It is the same principle that is there,” Fatty said.

The renowned politician said he was bamboozled went he went to the market because of the way he found the people behaving.

“There is no restriction or whatsoever. Why should you close the Mosques then? What is the justification?” Fatty quizzed.

He said a responsible government will always know what to do before taking any decision.

“You cannot copy from Senegal and paste in The Gambia. That will not work. We cannot continue to operate a government of copy and paste. The Imams should go back to the Mosques,” the GMC leader said.

Fatty added: “From the beginning, I was not in support of the closure of Mosques, people can say anything they feel like saying but I am not in support of it. There is no justification for closing the Mosques.”

He said The Gambia is approaching a crossroad (Presidential Elections 2021) were a fundamental decision has to be made on whether people are going to consolidate the change or maintain the status quo of the country as it now.

The ex-Minister of Interior came out of quarantine recently following his travel outside the country. He said when he went into quarantine the first thing he noticed when he got to his room was nothing was there.

“I would have expected to found at least a facemask and some basic necessities that would be important for persons under quarantine. But nothing and some people were picked up from the streets with one shirt. I don’t know whether the executive is aware but that is my experience,” he said.

The former adviser to President Adama Barrow said: “if we don’t do something about the welfare of our frontline workers. There is growing despondent among them. These people work for very long hours and they are paid with a pittance.”

He said with certainty that some of the health workers told him that they borrow from people money to give to their family as fish money because they are not paid well.

“I want to assure you that with my conversation with some of them they told me they even go and borrow feast money for their families to be fed and 90% of them have not seen their families for 3 weeks or more because they are also quarantined permanently,” Fatty told the press.

He said the morale is going down among the frontline workers and if the situation is allowed to continue then there is going to be a disaster for the country. He said the public health workers get less than they deserve.

He said the Government should support the families of the many breadwinners who are under quarantine.

“I can assure you that if the situation of our quarantine centres is not properly looked at, the quarantine plans will collapse. They provide only one meal a day for everybody under quarantine,” he said.

He added: “I am appealing to the president to open up to even those who have different ideas to his own ideas. He should remember that it is not about how he comes to power but how he will exit power.”

He said the way and manner ministers speak to National Assembly members is horrible. He added The National Assembly Chamber is the highest chamber in this country. He said a government is nothing without a National Assembly adding it is the most important organ of the state whosoever goes there is answerable to the people.

“If you go there you have to be disciplined because ministers are subservient to the National Assembly. Ministers are answerable to the president and the parliament,” he said.

He called on all cabinet ministers to get all their facts correct when they are going to the National Assembly and when they go there let them speak with decorum.

“You cannot go there and start showing up because you are a minister,” he said