TRRC says Jammeh’s convoy was involved in over 40 accidents

The ongoing road construction on the Lamin koto-Passamas route, is causing problems on farmlands.

Farmers complain that road workers block some water outlets which were there before, causing water to inundate their farmlands permanently, during the raining season. 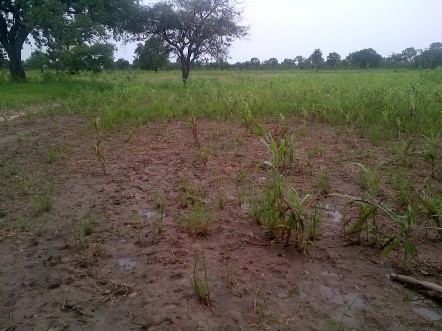 The villages affected are Kolibantang and Jaka Madina. Villagers of Kolibantang met the regional Governor to lodge their complaints on the issue, and the water that inundates their village when it rains heavily, because of the lack of diversion for the water to flow to the swamps and avoid damages to their houses. Mamudou Marena of kolibantang and Papa Dambelly of Jaka Madina spoke to this reporter.

He said all his farms along the way, has been inundated and cannot be used for crop production because the farms resemble ponds; that he relies only on farming to make a living with his family. This reporter was shown the farmlands that were affected, and saw that even settlements have been inundated. Villages like Kolibantang Wuli West, have been seriously affected, because the water outlets are blocked and water inundates the village, destroying food stores and dwelling places. Mamudou, Burang and Musa Marena all from Kolibantang, said the inundated water disturbs them seriously during the rains, because the outlets for runoff water is blocked; that during heavy downpours, they have to keep children in safe areas to prevent loss of life. They appreciated the initiative of having a good road network, but that their lives and health is equally important. Because the water inundating and staying in the village, is also a breeding ground for mosquitoes, which is harmful to their health.

The villagers urged Government to come to their aid and put an end to their plight.

TRRC says Jammeh’s convoy was involved in over 40 accidents

By Yankuba Jallow Halifa Sallah, the member for Serrekunda said the Local Government Act contains provisions meant to consolidate the might of the Executive. He said...
Read more
Legal Affairs

By Makutu Manneh Stalls at the Bakoteh Bridge were on Tuesday between the hours of 2pm to 3pm demolished by KMC Municipal police, who took...
Read more
- Advertisement -

By Momodou Jarju The Gambia government under the leadership of exiled and former President Yahya Jammeh unilaterally revoked the fishing agreement she had with neighboring...
Read more

By Momodou Jarju James Gomez, the Minister of Fisheries, Water Resources and National Assembly Matters, has described claims that some fishing vessels were fishing in...
Read more

By: Kebba AF Touray The Legislative House on Tuesday debated on the Forced Labour (Amendment) Bill 2020. The move was aimed to enacting a bill...
Read more

State House, Banjul, 7th July 2020 – In exercise of the powers conferred on him by section 34(6) of the 1997 Constitution, His Excellency,...
Read more
FOROYAA Newspaper is your premier Gambian community portal delivering news on politics, legal affairs and more. We provide you with the latest breaking news and videos straight from The Gambia and the rest of the world.