The Director of Forestry Muhamed Jaiteh, has warned that his institution will enforce the Forest Act to the letter and any body found wanting for illegally cutting down trees or encroaching into forest parks will be brought to justice.

He made this statement last week in reaction to the cutting down of trees at the Bamboo Forest Park in Jamburr by one Modou Jammeh who claimed ownership of the piece of land. 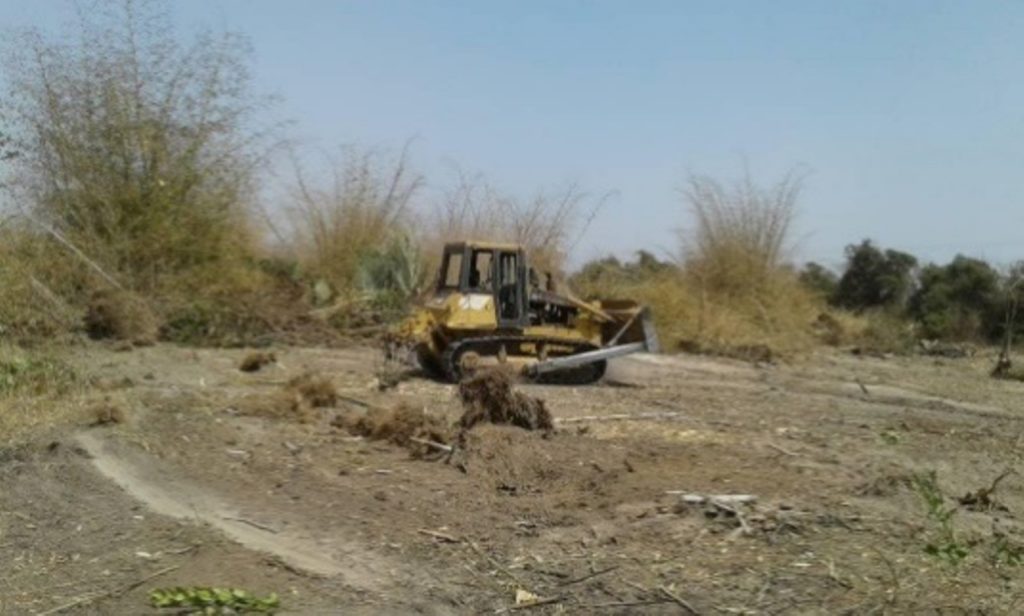 Jaiteh further reiterated his Department’s warning for people to desist from illegal encroachment and occupation of forest parks. He said Forest parks cannot be reclaimed as settlements; adding that this is clearly stipulated in the Forest Act.

In a swift reaction to the bulldozed strip of Bamboo forest by Modou Jammeh, responsible heads of departments from various Ministries with a stake in the country’s national forest parks, were present on the ground last week to inspect and assess the extent of damage and destruction done to this unique forest park.

The head of these departments toured the parks until late at the night, inspecting and assessing damages done to the forest parks, in order to adequately report to their respective seniors in their various Ministries.

According to Forestry Officials, this particular strip of bamboo forest was Gazetted in 1952, and is among the sixty-six forest parks belonging to the state.

Among the high-powered officials who visited the scene were the Director of Physical Planning, Permanent Secretary at the Ministry of the Environment, and the Director of Forestry. The heads of these departments were on the ground to assess the damage and discuss the way forward to avoid future plundering of such magnitude, of the country’s natural resources in future. They toured other areas of concern to see the illegal encroachment and degradation on the one hand, and pollution and illegal dumping on the other, which is taking its toll on the nation’s forest parks.

Modou Jammeh, who claimed ownership of the said land; said the area was given to him by his uncle Kebba Bojang, who lives in Jamburr village.

The Head of the Technical Unit in charge of Forest parks at the Department of Forestry, Kebba Jammeh, said the visit was for the heads of those departments that  have immediate stake in the country’s environment and natural resources to see for themselves what has happened, and to be able to assess the damage done to this unique forest. He added that the delegation is already aware of what is going on; that previous meetings were held with most or all of these institutions in Banjul, regarding the situation of the forest parks in the country in particular, forest parks within the Western Region