The Gambian Diaspora Healthcare Initiative Tuesday donated medical equipment to four health care centres in the country. The donation of the equipment is to help in the treatment of patients as well as to make available in our hospitals, these mostly needed resources. 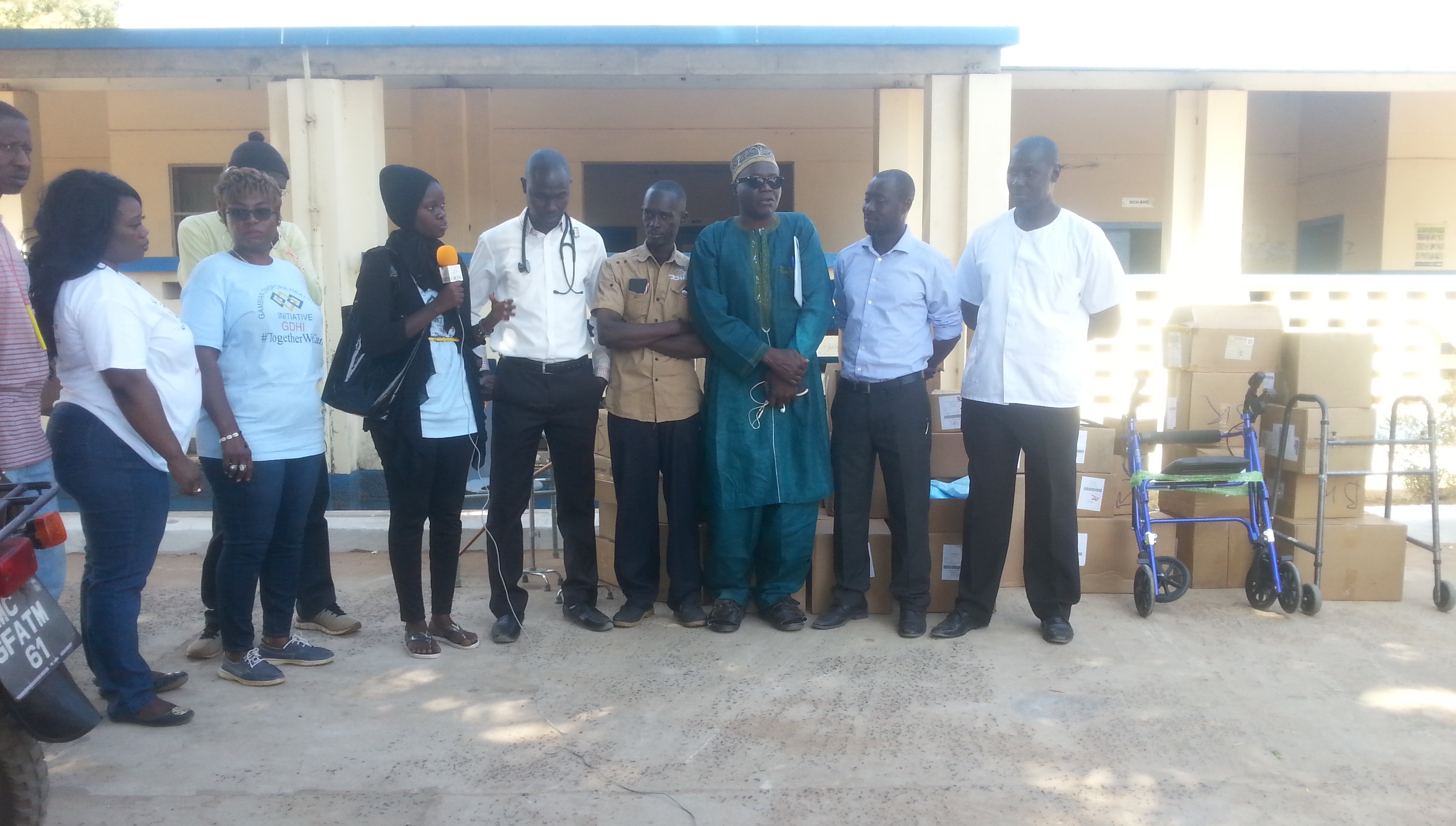 The organisation is a group of Gambians in the diaspora who work in the health sector. They came together to raise funds to address the health crisis back in their home country. GDHI is committed to bringing measurable health impact to the underserved and vulnerable people through active engagement with local communities.

At the Serrekunda Hospital, the President and co-founder of GDHI, Mrs. Effie Nyassi-Tallon, said the donated items aim to strengthen the health care system in the country and urged the recipients not sell the donated items.

‘‘These medical equipment we have supplied to you is just the beginning of many things that we are going to bring. Many people in the diaspora would like to donate but are reluctant to do so because they think it will fall in wrong hands and will be misused. So we put our trust in you,’’ she said. ‘‘We want to work with you and anything that you need for healthcare to be given to the people who need it the most. As citizens our job is to give back to our country,’’ she said.

She thanked all those who contributed in supporting the country’s development.

For her part, the Vice President of GDHI Mrs Oumie Andrews said they brought what the hospital needed and would be able to utilize it. She pleaded with the hospital staff to put the donated items in good use.

The Chief Executive Officer of Serrekunda Hospital Kebba Manneh, told the donors that they were deeply honoured to receive GDHI and their donation.

‘‘As you are out to compliment Government efforts in ensuring quality healthcare delivery to the general populace, the demands of the hospital is increasing day to day and Government cannot do this alone. So you took the right step to support your own people because you are not helping anybody but your own country,’’ she said.

He assured that the medical equipment will be handled with care by the health staff.

‘‘We will use the equipment with due diligence and be rest assured that it will benefit the patients. We’re here to serve our people,’’ he said.

Speaking at the Military clinic in Fajara Barracks Lieutenant Colonel Pierre J. Mendy said the donated equipment would go a long way in the health care delivery within the military; that GDHI has given them a bigger task now; that this will motivate them to in their assistance towards their neighbourhood even more and urged other Gambians in diaspora to emulate GDHI.

All other beneficiaries expressed similar sentiments.