Foroyaa workers on Saturday, 4th January 2019 launched their Association at the Foroyaa offices in Serrekunda.

The association was registered in March 2019 to promote the unity of workers. The motto of the Association is ‘united we excel’.

In her welcoming remarks Amie Sanneh-Bojang, the Chairperson of Foroyaa Workers Association (FoWA) said the main aim is to foster unity and cooperation among the members in pursuit of social justice, equal rights and opportunities.

Madam Sanneh noted that: “The workers of every place are the driving force and their rights should be respected”, adding “We at FoWA understood that collectively we can bring about change and this is our binding force, ‘United we excel’ is our motto”.

She said Foroyaa workers are united and this is what the association is here to strengthen.
Yankuba Jallow, the Secretary General of the association said the aim of FoWA among others is to provide financial support to members including those who fall ill.

Jallow added: “The association will stand for any employee who unfortunately falls into trouble while at work.”

He said FoWA membership is not restricted to journalists, but includes other units of Foroyaa.

Mr. Jallow underscored that FoWA “have a loan scheme that is managed by a loan committee.” This scheme enables Foroyaa staff access loans directly from the Association.

Mr Jallow expressed appreciation to Foroyaa Management particularly the Managing Editor – Uncle Sam whom he said “brought us this idea, and we have developed the loan bylaws and we have adopted them”.

Last year, Mr Jallow noted, the Executive were focussed mainly on reformation and restructuring of the Association.

“Our biggest achievement is the trust that our members have on us. They attend meetings anytime we called on them and they participated fully in whatever we do. This is what has been motivating us,” he said.

Kebba Jeffang, the President of Young Journalists Association (YJAG) said he was a founding member of FoWA and expressed delight in the launch. He encouraged the executive members of FoWA to always represent the interest of every member of the Association. He said YJAG welcomes FoWA and they are committed to work with them. He said journalists in the Gambia are faced with welfare issues but the establishment of associations like FoWA will complement the efforts of YJAG. 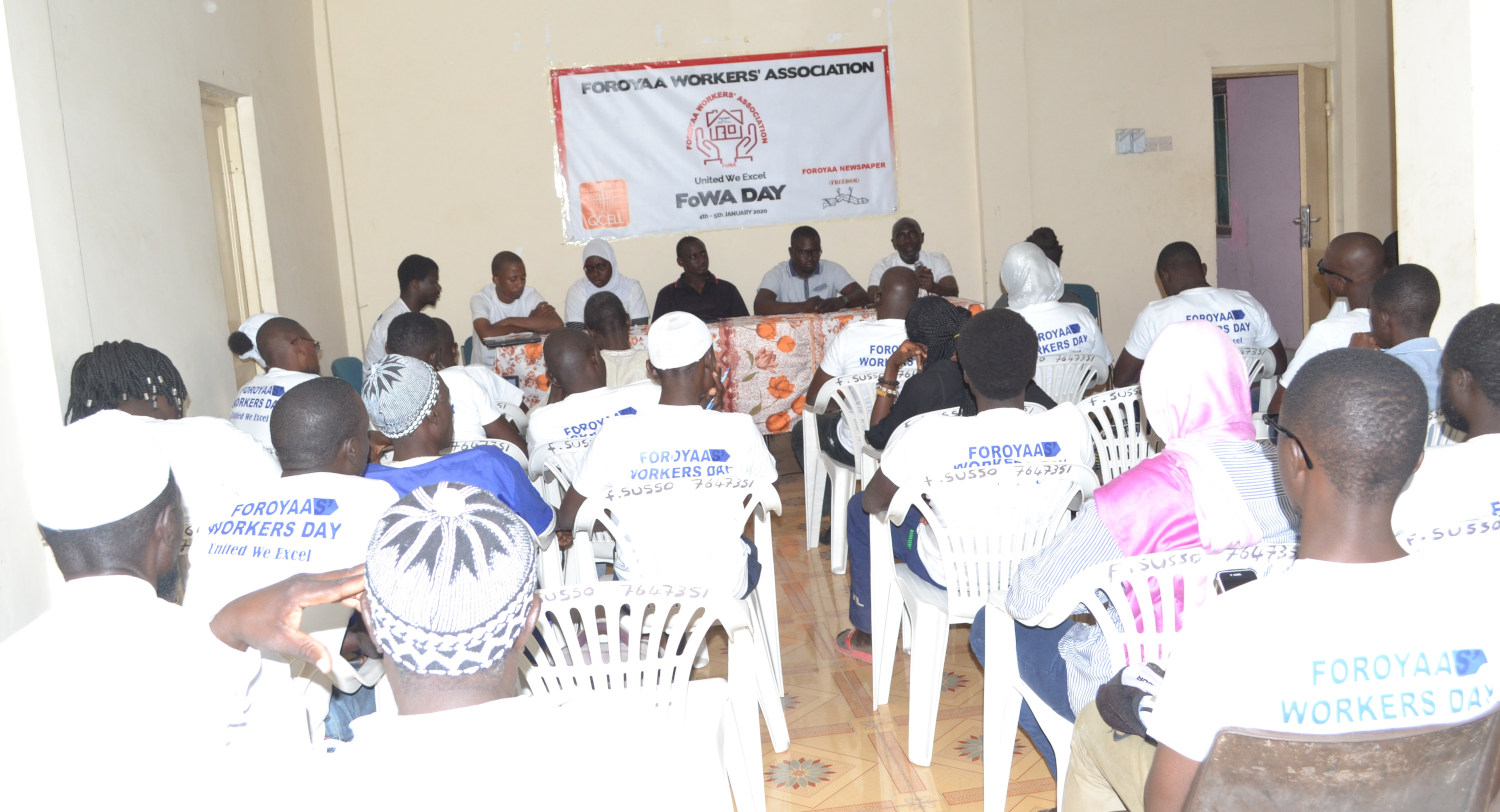 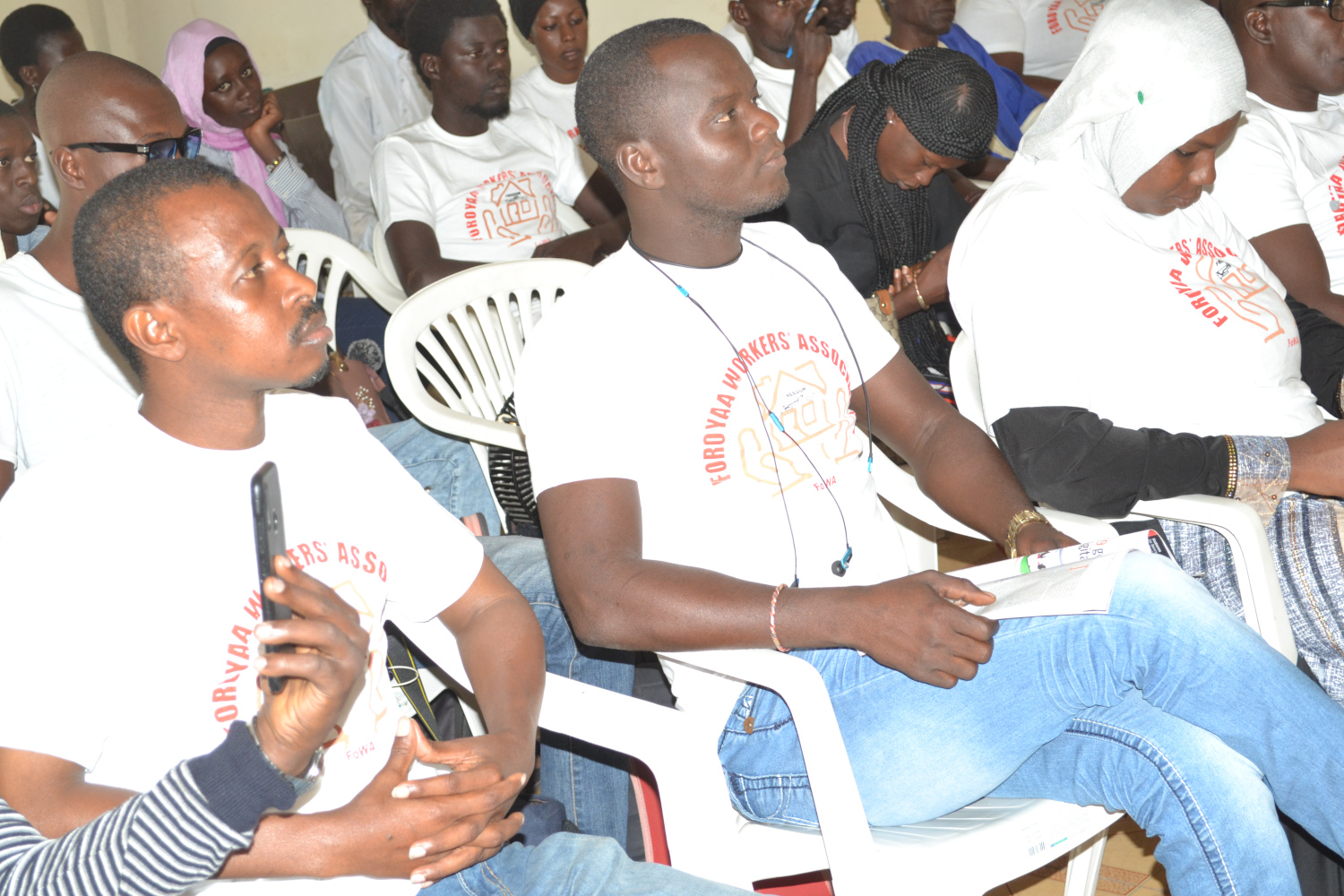 He said the coming of FoWA is timely, adding that in 2020 GPU’s activities will focus greatly on welfare issues of journalists in The Gambia.

“The coming of FoWA is very necessary and timely because 2020 is a turning point in the Gambian media as far as welfare issues are concerned,” he said.

Jammeh said every worker should be interested and committed in their work and the progress of the company.

He commended the Managing Editor of Foroyaa Newspaper for his presence and the support he has given FoWA. He said as a union, they see the coming of FoWA as a necessary thing because it brings members of Foroyaa together and gives them the platform to discuss issues affecting them and as well foster unity among them.

Samuel Sarr, the managing editor of Foroyaa said this is quite significant as far as the development of Foroyaa is concerned. He said FoWA should operate independently and be able to face management with issues of concern.

The veteran editor said Foroyaa stands for the voice of the voiceless – therefore they cannot ignore the issues of their employees.

“I do not see the coming of this association as a stumbling block in any form, but a move in the right direction so that we will be able to digest the problems that you are facing and look for solution,” he said.

He said Foroyaa has been paying the medical bills of their workers and will continue to do that. He said workers of Foroyaa are given fares every day to go to coverage and they are also given home fares.