This Column is devoted to monitor and report on issues that relate to production, processing, preservation and marketing of agricultural produce aimed at ensuring food security in the Gambia, as well as the interventions of Government and Non-governmental Organizations in this regard.

Rice is the Gambia’s main staple and the national import requirement for rice was 398,364 metric tons in 2019, while production was estimated at 22,706 metric tons for the same year, or only 5.7.

The national food deficit is bridged by commercial importation of rice and wheat flour, in addition to food aid.

The Rice Value Chain Transformation Project (RVCTP) which is a 7 million USD project joint funded by the AfDB and the Government of the Gambia, is a 5 year project launched in 2019 and is expected to phase out in 2024.

The project seeks to increase rice production and commercialization in the country, by using a value chain approach within the three agricultural regions of CRR North and South and URR, the major rice growing regions of the Gambia. The primary objective of the project is to intensify production in order to reduce the importation of rice because this correlates to the long term food self-sufficiency drive of the Ministry of Agriculture.

In addition, RVCTP seeks to transform rice production by not limiting it to subsistence but commercial farming, in order to increase the income of small holders and to sustain new varieties which the project currently promotes in these regions. 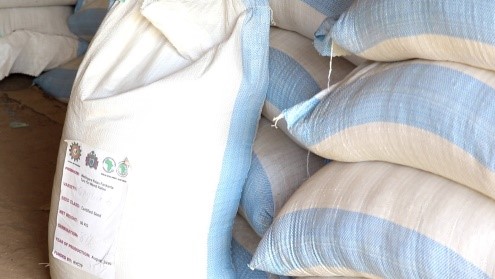 This calls for the involvement of different stakeholders and the private sector (PPP) for its successful implementation. As such, RVCTP is working with partners including the Ministry of Agriculture (MoA), the Department of Agriculture (DoA), the National Seed Secretariat (NSS), National Agricultural Research Institute (NARI), Agribusinesses, the Gambia Bureau of Statistics and GIEPA.

The project targets 180,000 direct and indirect beneficiaries of which 60% are women and youth, with the remaining 40% male beneficiaries. This is to ensure the utmost participation of young people in curbing the high rate of unemployment in which the project aims to establish youth service centers. 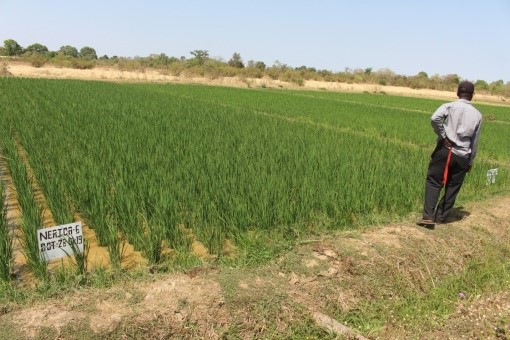 The project as alluded to by the PIU, will provide 84 power tillers for youth service centers who will provide services to producers.

Thus, the youth beneficiaries will be introduced to youth service centers and permanent structures will be built to this effect. The rice processing mill at Sarro or Denton bridge will play a crucial role in the implementation of the project with the collaboration of producers and processors.

The first quarter of the project implementation coincided with the Covid-19 pandemic and this brought about some hitches in its implementation. Despite the challenges, RVCTP pushed through with their activities and was able to secure foundation seeds from Africa Rice which amounts to 1.5 metric tons of ‘Orylux 6’ and NERICA L19 sub-1’ rice varieties for multiplication. The NSS being one of the implementing partners of the project, is tasked to identify a community for the seed multiplication process into 80 metric tons.

Wellingara-Kejaw ‘Turuyiri Wandi Kafoo’ was selected in the first year 2020 to multiply the seeds. The seeds were distributed among 76 farmers of which 27 members or 35% are females and 49 members representing 65% are males. This will be an annual activity for the project in collaboration with Africa Rice.

Thus, a different community would be tasked for the seed multiplication based on agreements and set criteria of NSS.

The Kafoo has succeeded in its first seed multiplication task with the multiplication of 30MT certified ‘Orylux 6’ rice seeds stored at SAPU Agric. station.  This will be later distributed among farmers in CRR North and South and in URR.

In order to maintain the varieties, the project’s social development officer Ebrima N. Ceesay said they will buy seeds from farmers after cultivation to ensure the variety is fairly distributed for sustainability.

The Orylux 6 as alluded to by Ceesay is high yielding, adaptive to climate change and highly nutritious, that it can be sold anywhere in the country; that though it is yet to be certified, the NERICA L19 sub-1 is at an advance stage of threshing and winnowing by women, before it is ready to be tested by NSS researchers for certification; that this variety is high yielding as well and tolerant to floods; that this is highly needed in these regions of the Gambia where floods are experienced annually during the rainy season, resulting to yield losses; that the whole process of the trial form nursery to transplanting, farmers have been given the technical support and supervision needed from staff of NSS.