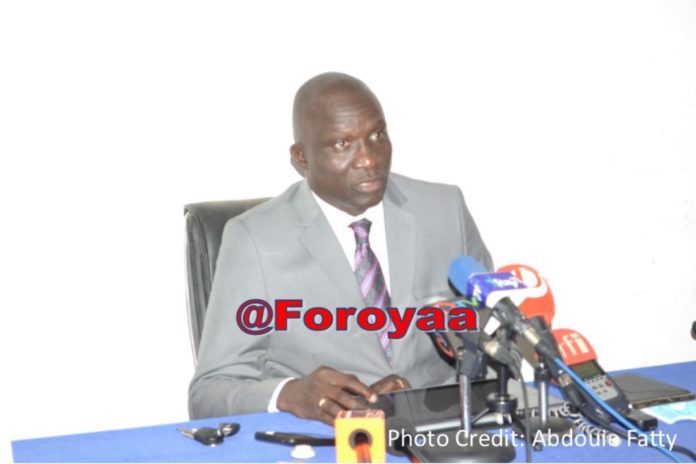 Civil society organizations (CSOs) in The Gambia have called on the Independent Electoral Commission (IEC) to honor its mandate by conducting voter registration on time in the run up to the proposed constitutional referendum.

A joint statement on the final draft constitution by the CSOs was on Thursday, 21st May 2020 read by John Charles Njie, the Chairman of the Association of Non-Governmental Organizations’ (TANGO). Njie said they are fully aware of the impacts of COVID-19 pandemic and time limitation towards the 2021 election, however, the civil society actors urge the IEC to share with the people of The Gambia its plan of actions, calendar and challenges thereof relating to the conduct of voter registration and referendum.

“This will allow for proper planning with major stakeholders,” he said, adding “the aspirations of the people of The Gambia is to hold the 2021 election under the new constitutional framework to usher in a new democratic era for the current and future generations.”

The final draft Constitution was submitted to the President of The Republic on the 30th March 2020. The civil society organizations in The Gambia welcome the Government’s decision to gazette the draft Constitution on or before May 30th before presenting it to the National Assembly as prescribed by the 1997 Constitution.

“This is indeed timely and consistent with citizens’ expectations,” Njie remarked.

The CSOs held that it is incumbent on the current government to take all urgent steps necessary to ensure that the draft Constitution is submitted unaltered to the National Assembly to respect the aspirations of the people.

“The civil society recalls that short term gains must not overshadow the importance of a Constitution that serves the interests of present and future generations,” Njie said.

The civil society further urged the executive to sponsor the reform of the electoral laws once the new Constitution is passed.

“The Civil Society reiterates to the National Assembly the urgency of completing their deliberations and voting on the final draft in time to ensure the 2021 presidential election is held within a new constitutional framework,” TANGO Chairman said.

Whilst acknowledging the contributions of the Political Parties to the draft Constitution during the consultative process, the Civil Society believed that their position on the final draft Constitution will be a key determinant of whether or not the country will usher in a new constitution in time for the 2021 presidential election.

“We therefore urge all political parties, as primary stakeholders, to prepare their National Assembly members in readiness for their deliberations on the draft in August of this year,” Njie said.

The civil society acknowledged and agreed with the political parties on the importance of respecting the rule of law and holding a credible referendum in time, before the 2021 presidential election.

The Civil Society asked the citizenry to continue to engage and demonstrate commitment to ensuring that the final draft Constitution, which reflects the will of the people, is passed before the 2021 election.

“The future of our country is at stake and the choice is between regression by maintaining the 1997 Constitution or marching forward into a new destiny by birthing a new Constitution,”Njie said, adding “The Constitution is the first building block in the creation of The “New Gambia”. Ultimately, The Gambia we have is The Gambia we want and The Gambia we create.”

The Civil Society called on the international partners to continue their support of the Constitutional Review Process to its logical conclusion to enable the citizenry exercise their choice through a referendum and usher in a Third Republic before the 2021 election.

The goal of the Constitution building process is to enable the country transition to a full-fledged democracy that stands on the values and standards of sovereignty, separation of powers, republicanism, democracy, national unity, public participation, and peace.