He also made a personal contribution of two million Dalasi towards the emergency fund created by URR authorities to the emergency cause. 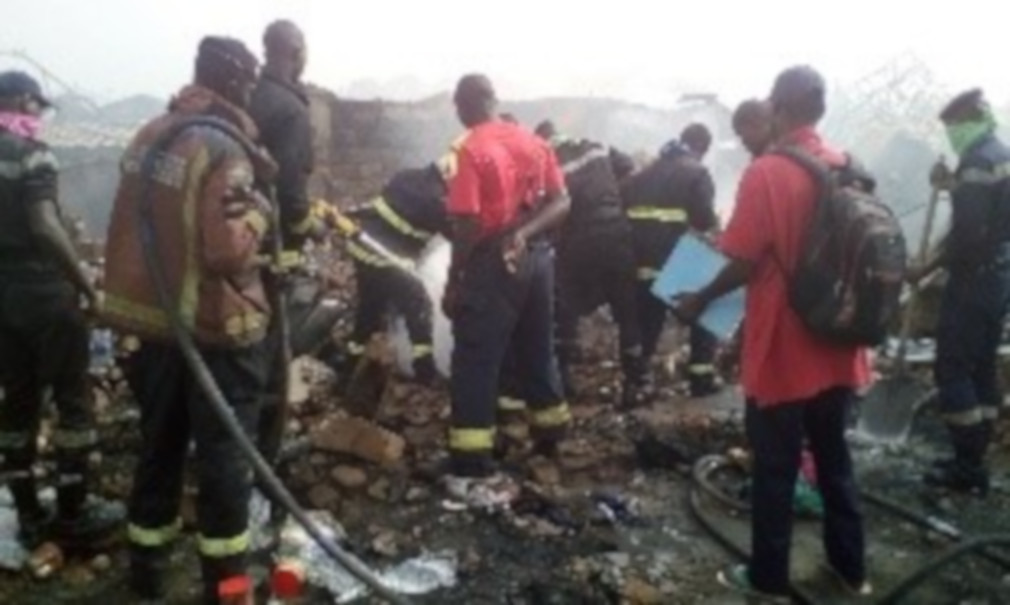 The President said the inferno saddened him personally; his government, the entire country and the sub region as a whole. He said from the list of victims, the market truly depicts a sub-regional one, not just a Basse market. Its impacts are far reaching beyond just the vendors and commercial community who in fact, bear the brunt of the loss.

“We will urgently set up an inquiry to probe into the incident and come up with facts that will guide our intervention in rebuilding a market of international standard for Basse. My government will do all it can to build a first class market here,” President Barrow said.

He called on the public to desist from politicizing the fire incident, adding that it should be treated as a national disaster, and with patriotism. “All should dip into their pockets, especially philanthropists, to raise funds to support this cause,” he maintained.

The Gambian leader noted that the emergency intervention by the Senegalese fire service from across the border also indicates a deeper sense of brotherhood between the two countries and the need for peaceful co-existence. He appealed to Gambians, the international community and development partners to help with reconstruction.

The Governor of the Region Fanta B.S. Manneh, praised the gallantry of the fire fighters from Bansang and the neighboring border town of Vellingara, who came as reinforcement to help their counterparts in Basse. She thanked the military, police and Chinese construction workers on the ground, who worked together to contain the fire.

It was reported that the incident began by 7pm and lasted all night, while residents were engaged in supporting firefighters in whatever form they could.

A representative of the market fire victims, Aja Bintou Banta Camara said the victims received the incident in good faith and took solace in the visit by the President. She appreciated that the President earlier dispatched the Vice President to extend solidarity and conduct a preliminary assessment of the extent of the disaster.

On behalf of the victims, she urged for urgent government intervention to rebuild the market, as the market is the source of livelihood for thousands who directly depend on it.
Similar urgent appeal was made by a Mauritanian victim. Vendors of the inferno include nationals from Senegal, Mali, Guinea, Mauritania, Sierra Leone, and Nigeria among others, representing the diversity of ECOWAS nationals doing business in Basse.

According to the Alkalo of Basse Sellu Bah, the devastating impact would have included loss of human lives had the fire started during daytime.