The centre which the Chinese Ambassador to Gambia described as unique in the sub-region, has a seating capacity of more than one thousand, a major conference hall, four 200-seat meeting rooms, banquet halls, office sections and accessory buildings among many other rooms.

The unique state-of-the-art of the facility which is a grant from the People’s Republic of China to the Gambia, costs fifty million US dollars equivalent to D2.5 billion. The centre has the capacity to host not only the OIC SUMMIT in 2022, but is an ideal venue to host major important gatherings in the sub-region.

Speaking at the handing over ceremony, Chinese Ambassador Maa Jianchung said the grant is in response to the China – Africa cooperation agreement held in Beijing. He said the eight priority areas that China’s President Xi Jinping considered as key components of bilateral and multilateral co-operation with Africa, includes infrastructural development, agriculture, education and health among others.

The Chinese Ambassador described the renewal of Gambia-China ties as a step in the right direction. He said the People’s Republic of China is also engaged in roads and bridges projects in the Upper River Region (URR) which is earmarked for completion next year. He said the project is expected to facilitate the free flow of people, goods and services within the country and beyond. 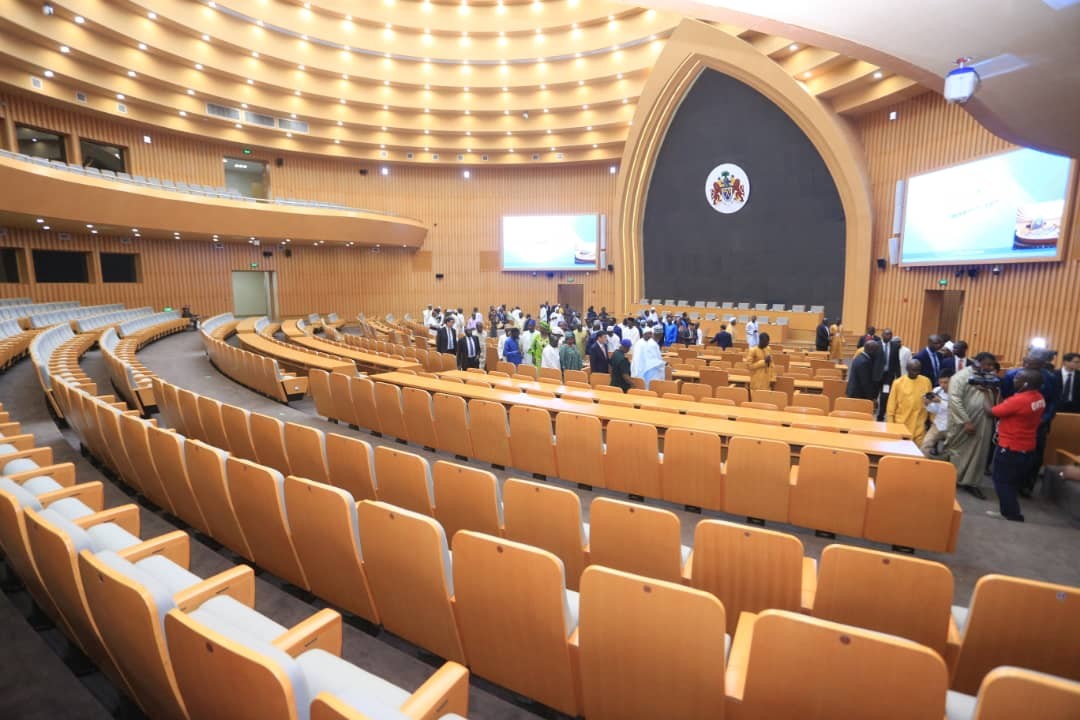 The Chinese Ambassador said naming the conference centre after former President Jawara, was a ‘common consensus’ to demonstrate the long-standing relationship between Gambia and China.

‘‘Jawara visited China four times and developed a personal relationship with China’s former leaders such as Mao Zedong and Chouen Lai,’’ he said.

On his part, President Adama Barrow commended the People’s Republic of China for strengthening cooperation with African countries particularly the Gambia. He acknowledged Gambia’s readiness to host the next Islamic States Summit after the completion of the Centre; that the centre has provided a solution to the country’s long-standing tourism needs which aims to boost transportation, communication and cooperation with countries and organizations. President Barrow said the facility is in line with his Government’s national buildings and facility policies of 2018 to 2027.

On the facility’s management, President Barrow said the following:

“The operational management and maintenance guarantees the optimal financial sustainability and proper upkeep of the Center.” He however did not reveal the manner in which the facility will be managed.

Bai Lamin Jobe, Minister of Works, Construction and Infrastructure, earlier expressed gratitude to all the partners who contributed to the completion of the centre. He expressed hope that such facilities including other projects given to the Gambia by China, will continue to expand; that other areas of cooperation with the Chinese Government include agriculture, education, health and culture.

A younger sister to the former president who spoke on behalf of the Jawara family, thanked the Government and Gambians for honoring the legacy of Dawda Kairaba Jawara; that historically, Gambia first entered ties with China in 1984 under his leadership which led to the erection of the Independence stadium, the High Court in Banjul and other infrastructural projects across the country.

By Mustapha Jallow Nineteen  young qualified tailors who were engaged in apprenticeship training were on Saturday certificated by Latrikunda-Sabiji Tailoring Association for their determination and hard...
Read more