Will Musa Barrow Stay at Bologna after Fantastic Loan Season?

If Bologna had known Musa Barrow will turn out this much of a success at the Renato Arena, they certainly would have sanctioned a permanent deal.

However, in the prevailing circumstances that were, they could only get him on temporary basis, and, on loan they secured his services. But installed in the agreement that saw the Gambian depart Atalanta for Bologna was an option of inking the dotted lines on a permanent deal.

For the 21-year-old, it was that get-out moment to seize with both hands having been literally frozen out by gaffer Gasperini who felt, as long as he was concerned, the Gambian was merely good for the bench.

While the coach’s decision could be wired down to choice of preference, Barrow, in all fairness, was always going to take a back seat on the pecking order due to Zapata’s free-scoring form.

So, disillusioned over his continuous poor playing minutes, the scorpion thought it best to head for the exit – a gamble he will marvel at daring to take upon reflection today. His gaffer at Atalanta never doubted the attacker’s talent but didn’t see him relevant in his season plans. 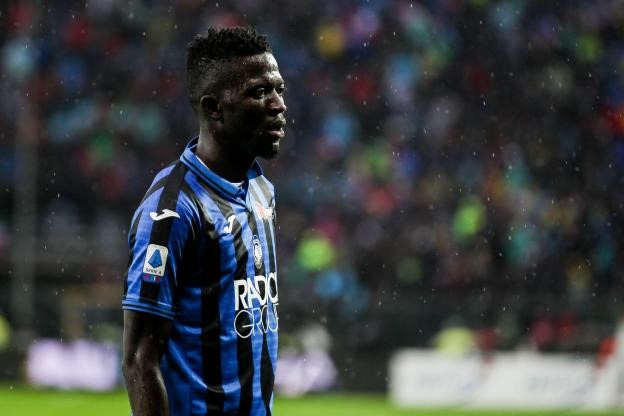 The motion buttons were set at this stage after Bologna completed the deal over the line as a new chapter dawned for Barrow. Typical of the dogma surrounding new acquisitions, Barrow had to contend with starting from the substitutes’ bench for his first game in Bologna shirt.

Adding to the intrigue, Musa’s debut was on the day they faced Sampdoria who have compatriot Omar Colley as their star-man in the backline. On account of Colley’s ruthlessness on line of duty, a herculean task one would imagine it will be for Barrow. But when matters got underway heading into the 72nd minute after a drab goalless first-half, Musa, thrown into the mix in the 54th minute, turned man of the moment.

With agility for a man of his age, Barrow pummeled it to the back of the net from the spot-kick before partner in crime Orsolini poked in the second to complete a narrow escape. Bonazzoli would reduce the deficit for Sampdoria in the 88th minute but it will count for nothing in the end with all points now in the bag.
Games against Cristiano Ronaldo’s Juventus, Lazio, Udinese and Genoa will pass without Barrow getting on the score sheet but the duck halted when it came for Bologna to travel out to AS Roma. 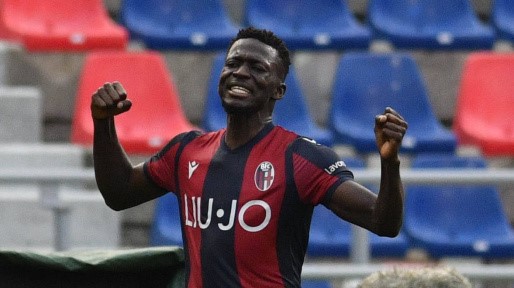 It was on February 7th. Barrow was by now a trusted figure in the lineup and Roma learned the hard way of his potent. The Gambian ran the show literally scoring twice in an eventually 3-2 escape. This netting trend continued against SPAL, Cagliari, Inter Milan, Sassuolo, Napoli and, of recent, Lecce.

Jose Mourinho is now one of the coaches taking notice of Barrow along with Arsenal who feel, according to reports, the youngster is suited to their playing style.

Sides from the English Premier League command splash huge bucks and that is expected to sway Atalanta to sell which to an extent, will hinge largely on the striker’s willingness to leave even though Bologna have clear option of making his loan deal permanent.