When Will Land Disputes Be Addressed???

This column is devoted to monitor and report on issues that relate to production, processing, preservation and marketing of agricultural produce, aimed at ensuring food security in the Gambia, as well as the interventions of Government and Non-Governmental Organizations in this regard.

Agriculture remains both an old and a new source of income and youth employment. Improved public awareness and discussions of the issues involved, will significantly maximize agricultural outcomes and the contribution of the sector to economic growth and job creation.

This is precisely the reason why Farmers’ Eye is critically looking at every Agricultural programme or policy, to gauge whether our Agriculture and Natural resources are properly harnessed to ensure food self-sufficiency. Section 192 of the Constitution states: “There shall be established a Lands Commission whose composition, functions and powers, shall be prescribed by an Act of the National Assembly”. 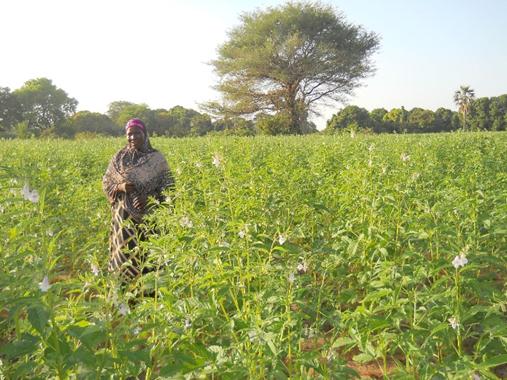 This Act has already been passed and assented to and the Commission established, but it is yet to be functional.

Farmers’ Eye Column called on the Executive to make this Commission functional, in order to address the series of land disputes in the country, as a major constraint to the development of agriculture and production and Land disputes are on the increased particularly at this time of the year as the rain season is fast approaching.

In the last edition, we started highlighting the issues of public lands, fisheries and forests. In this edition, we shall continue from where we stopped.

States should develop and publicize policies covering the allocation of tenure rights to others and, where appropriate, the delegation of responsibilities for tenure governance.

Policies for allocation of tenure rights should be consistent with broader social, economic and environmental objectives.

Local communities that have traditionally used the land, fisheries and forests should receive due consideration in the reallocation of tenure rights.

Policies should take into account the tenure rights of others and anyone who could be affected should be included in the consultation, participation and decision-making processes.

Such policies should ensure that the allocation of tenure rights does not threaten the livelihoods of people by depriving them of their legitimate access to these resources.

States have the power to allocate tenure rights in various forms, from limited use to full ownership.

Where necessary, those who are allocated tenure rights should be provided with support so they can enjoy their rights.

States should determine whether they retain any form of control over land, fisheries and forests that have been allocated.

States should allocate tenure rights and delegate tenure governance in transparent, participatory ways, using simple procedures that are clear, accessible and understandable to all, especially to indigenous peoples and other communities with customary tenure systems.

Information in applicable languages should be provided to all potential participants, including through gender-sensitive messages.

Where possible, States should ensure that newly allocated tenure rights are recorded with other tenure rights in a single recording system, or are linked by a common framework.

States and non-state actors should further endeavour to prevent corruption in the allocation of tenure rights.

To the extent that resources permit, States should ensure that competent bodies responsible for land, fisheries and forests have the human, physical, financial and other forms of capacity.

States should monitor the outcome of allocation programmes, including the gender-differentiated impacts on food security and poverty eradication as well as their impacts on social, economic and environmental objectives, and introduce corrective measures as required.