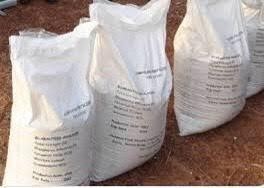 After Spend Funds For Fertiliser On ‘Tobaski’ Celebration

A committee responsible for the welfare of residents of Palen Wollof in Sabach Sanjal District in the North Bank Region (NBR) point accusing fingers at the “secco” for neglecting them and refusing to listen to their concerns, which resulted in some of them spending their monies meant for buying fertiliser for their farms, on ‘Tobaski’ eid festivities.

According to information, the villagers initially attempted to purchase 250 bags of fertiliser for their community but the “Secco” in Ngayen Sanjal turned down their request and suggested giving them 50 bags instead, which arrangement they were not satisfied with.

“We were able to confirm that some farmers had spent their fertiliser money on Tobaski. We see this coming. It was not a surprise. As a committee, this was the reason why we made a request of 250 bags, so that we can give each household two bags rather than giving them the amount of D4,000”, Kebba Drammeh, a 54-year-old farmer said.

Drammeh, who is also the deputy leader of Palen village welfare committee, is among the desperate farmers expressing his grievances against the “Secco”.

“Each household was given D4, 000 and some have used it on Tobaski which could later lead them to problems. But we blame the “Secco” management because they are the cause,” he stressed.

Drammeh said their fear is that those who used their fertiliser money during Tobaski will end up having lower yields.

“We are not happy and we do not elect our leaders to serve us this way. We give our votes to the President and our representatives in parliament to ensure they quickly respond and ease farming activities for us,” lamented the 54-year-old farmer.

Nonetheless, Drammeh urge Government to respect and listen to farmers’ cries and demands and not to ignore or neglect them; that not much effort has been done by their Coorperative Secco officials to address their concerns.

Meanwhile, Fatma Leigh, the sales and marketing manager of the National Food Security Processing and Marketing Corporation (NFSPMC) formerly Gambia Groundnut Corporation (GGC), cannot be reached for comment on Thursday at the time of going to press.

However, Leigh earlier urged the concerned farmers to understand that others within the same district also need fertiliser. She gave an example that if other farmers go to buy bags of fertiliser and find nothing at the “Secco”, it will spell difficulty for them. 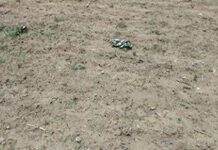 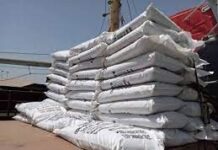 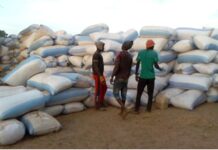