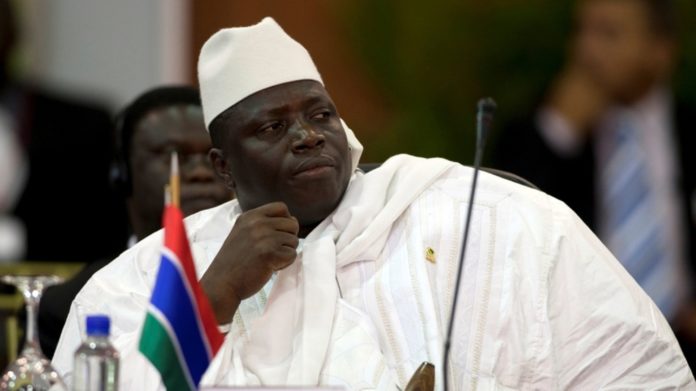 Gambia Center for Victims of Human Rights Violations and several human rights organizations including Trial International, have called on the Truth Commission to investigate the murder of 44 Ghanaians in The Gambia in 2005.

See below the press release issued by the groups.

Accra, July 21, 2020) – The families of more than 50 Ghanaian and other West African migrants killed in Gambia and Senegal 15 years ago have yet to learn the full truth and obtain justice concerning the massacre, 11 human rights organizations said today. Amid growing evidence that the murders were carried out by Gambian security force members acting on the orders of then-president Yahya Jammeh, the groups called for an international investigation of the massacre.

“A credible international investigation is needed if we’re ever going to get to the bottom of the 2005 massacre of West African migrants and create the conditions to bring those responsible to justice,” said Emeline Escafit, legal adviser at TRIAL International. “Until now, information has come out in dribs and drabs, year after year, from different sources.”

On July 22, 2005, Gambia security forces arrested the migrants, who were bound for Europe, after their boat landed in Gambia, on suspicion of involvement in a coup attempt. Over the next 10 days, almost all the migrants, including about 44 Ghanaians, 9 Nigerians, 2 Togolese, and nationals of Cote d’Ivoire and Senegal, plus 1 Gambian, were killed in Gambia or taken across the border into Senegal and shot and their bodies dumped in wells.

“I have been fighting for 15 years for truth and for justice for my companions who were killed,” said Martin Kyere from Ghana, who jumped into the forest from a moving truck carrying other detained migrants who were killed shortly thereafter. When Kyere returned to Ghana he began rallying the victims’ families. “African leaders say that migrants should be treated with dignity, but for us, honoring their memory means justice, not lies and cover-ups.”

While several Gambian soldiers have confessed to the murders and said they acted on Jammeh’s orders, the chain of events leading to the killings is unclear. There is still no information on exactly where migrants were buried in Senegal nor are all the victims’ identities known, including 8 of the 9 Nigerians. Gambia returned 6 bodies to Ghana in 2009, but the families question whether the bodies were those of the murdered migrants. The groups said that because the crimes took place across two countries, Gambia and Senegal, involve victims from six countries, and a primary suspect, Jammeh, now resides in Equatorial Guinea, an international investigation would be best placed to uncover all the facts. They said that if neither Gambia nor another country like Ghana would conduct a transnational investigation, they should support an independent inquiry that could investigate in all the countries concerned. Previous efforts to investigate the massacre have repeatedly been stymied or flawed, the groups said. Following initial campaigning by Kyere and Ghanaian families and rights groups, Ghana attempted to investigate the killings in 2005 and 2006, but was blocked by the then-Jammeh government.

In 2008, the United Nations and the Economic Community of West African States (ECOWAS) formed a joint investigative team, which produced a report in April 2009. The UN wrote that the report concluded that the Gambian government was not “directly or indirectly complicit” in the deaths and disappearances, blaming it on “rogue” elements in Gambia’s security services “acting on their own.” The joint report has never been made public, however, despite repeated requests by the victims and by five UN human rights monitors. The Gambian and Ghanaian governments have said that they do not have copies.

A 2018 report by Human Rights Watch and TRIAL International, based on interviews with 30 former Jammeh-era officials – including 11 directly involved in the incident – cast serious doubt on the UN/ECOWAS conclusion, however. Human Rights Watch and TRIAL International found that the migrants were detained by Jammeh’s closest associates in the army, the navy, and the police, and then summarily executed by the so-called “Junglers,” a unit of Gambian soldiers operating under Jammeh’s orders. The Gambian government also destroyed key evidence before the UN/ECOWAS team arrived.

In July 2019, three former Junglers testified publicly before the Gambia Truth, Reconciliation, and Reparations Commission (TRRC) that they and 12 other Junglers had carried out the killings on Jammeh’s orders. One of the officers, Omar Jallow, recalled that the operation’s leader told the men that “the order from … Jammeh is that they are all to be executed.”

The groups said that even though the UN and ECOWAS had delayed the search for justice for 10 years by wrongly clearing Jammeh in 2009, the fall of Jammeh combined with the new revelations provide the opportunity to move forward.

“The UN and ECOWAS can make a real contribution now by releasing their report and working with Gambia, Ghana, and Senegal to uncover exactly how this crime was committed so that the victims can have justice at long last,“ said Reed Brody, senior counsel at Human Rights Watch and an author of the 2018 report. “With Jammeh out of power, getting to the truth is just a matter of political will.”

In a 2009 Memorandum of Understanding between Ghana and Gambia following the UN/ECOWAS report, the two countries “pledged to pursue through all available means the arrests and prosecution of all those involved in the deaths and disappearances of the Ghanaians and other ECOWAS nationals.” Now that several people have testified as to their role and that of others, political will is needed for arrests and prosecutions, the groups said.

Families of the Ghanaian victims have called for Ghana to investigate and prosecute those responsible for the killings under its laws against enforced disappearances. The Ghanaian government announced on May 27, 2018 that it had “tasked the Ministry of Foreign Affairs and the Attorney-General’s Department to study [the matter] and explore the full extent of its legal and diplomatic implications and also advise the government on the way forward.” The Gambian government pledged to cooperate with any investigation by Ghana. However, no concrete actions have been taken by the affected countries.

“In 2005, about 44 Ghanaians were cruelly murdered in a foreign country,” said William Nyarko, executive director of the Africa Center for International Law and Accountability (ACILA), who coordinates the “Jammeh2Justice” campaign in Ghana. “We now know who some of the direct perpetrators of these killings were and that the evidence points to Jammeh as having given the orders. The time has come for the government of Ghana to act.”

In December 2019, Ghana’s president, Nana Akufo-Addo, responding to growing impatience from victims, members of the Ghanaian Parliament, and West African civil society, told the media that he knew in 2005 when he first sought to investigate the case as foreign minister that Jammeh’s government was “complicit” in the killings. He added that following the confessions by the Junglers, the Gambian government should “instigate the trials” of the people who had been named. He said that he had spoken to President Adama Barrow of Gambia, who he said answered “things are still insecure, please give me time.”

The Gambian government has stated that it is awaiting the recommendations of the Truth Commission, expected in 2021, before deciding on which Jammeh-era crimes to prosecute. The commission has announced that, in addition to the Junglers who testified in July 2019, it will hold hearings on the migrants case this year. The groups urged the commission to hear the testimony of three Ghanaians who survived the massacre as well as former Gambian officials involved in the incident and the subsequent cover up, and the UN and ECOWAS experts who worked on the report. 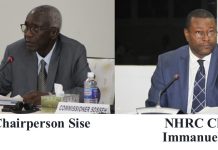 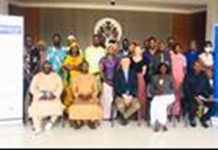