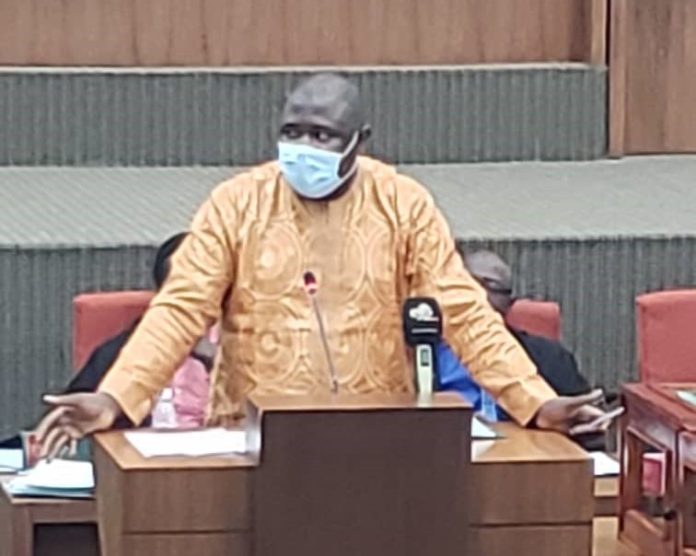 The Gambia Government has taken step to abolish under aged or Mino Marriages in the country. The move was tabled before lawmakers, by the Justice Minister, Dawda Jallow, for the second reading, consideration and adoption.

Jallow said the move is also to ensure that getting the consent of the parents is not enough, but the parties. He assured lawmakers that the bill once amended will be enforced by the state. He also congratulated the Lawmakers for their support for the bill.

In their Earlier interventions on the bill, Halifa Sallah defined that Civil Marriages are those marriages registered by the State, as the custodian of law of the land, whose primary role is to enforce such laws.

He said that the purpose of the bill is clear and that the constitution as clearly stated in subsection (4) clearly confirms the supremacy of the constitution, and all other laws on the land must be in line with it.

He said “The move is to ensure that the state does not register a marriage of Minors and I wholeheartedly support the move”.

Suwaibou Touray, Member for Wuli East, stressed that the move is to meet the legal requirement for the Minors to be registered for marriage. He joined his co legislators to support the move as it is in line with the Constitution and the protocol to the CEDAW Convention.

Ousman Sillah supported the motion and added in any case of marriage, there is need to have the consent of both parties and this is one factor that the amendment seeks to achieve.

Muhammed Ndow, member for Banjul Central, decried that Minor marriage contravenes the laws of the country, which he said, needs to be looked into and addressed as it is becoming rampant in the country.

He said: “I urge the state to ensure that the bill once amended be enforced to address the menace of Minor marriage in the country and I therefore accord my support to the move”.

After the debate on its general reasons and objects of the bill, it was referred to the Assembly Business Committee for committal.