This came in the wake of damage caused to the barrier of the Senegambia Bridge when a Senegalese commercial bus forcefully ploughed into it. 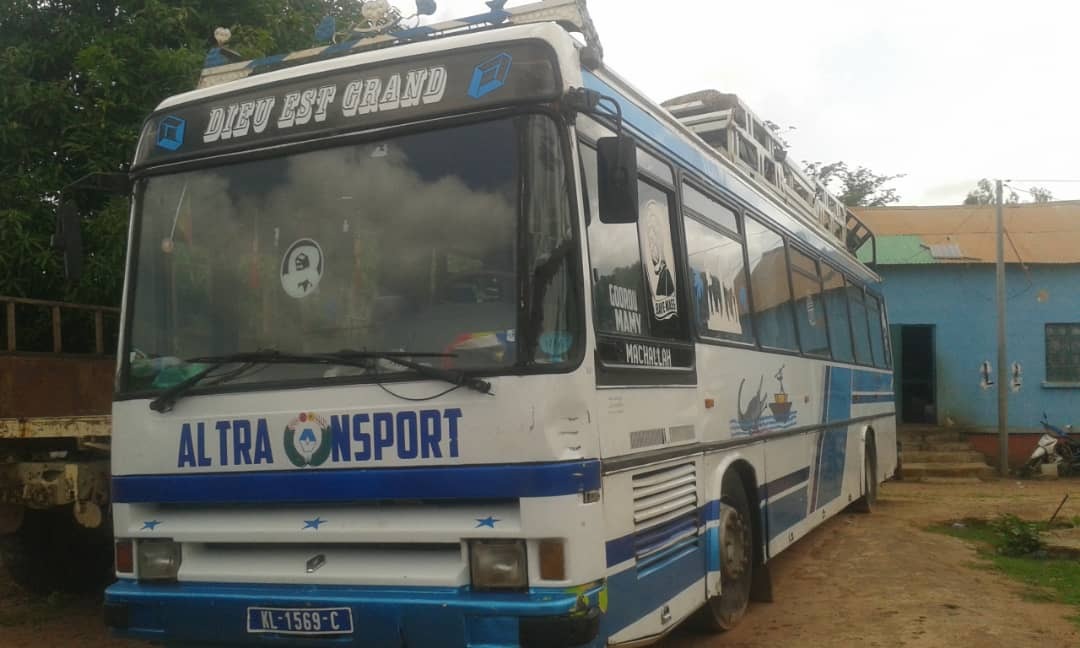 This reporter visited the scene and spoke to eye witnesses and saw the damage by himself. Witnesses said a Senegalese commercial bus that was taking Eid celebrants, crashed into a barrier when it ‘forcefully’ tried to enter the bridge on Saturday, August 10th. The driver of the vehicle who is at large, is alleged to have forced his vehicle through the barrier of the Senegambia Bridge, giving way to other vehicles to cross over after the official closing time in readiness for the next day’s operation. The official closing time of the bridge is scheduled at 7pm every evening. However, on the eve of the Muslims feast of Tobaski, the official closing time was extended to 8:30pm due to the high demand of vehicles crossing to various destinations where they intended to observe the feast with family members and loved ones.

GPA officials said the breaking of the barrier and entry of vehicles and passers-by was because of the impatience and irresponsible attitude of drivers.

Witnesses on the ground told this reporter that the offenders claimed the bridge was built by the goodwill of Senegalese president Macky Sall. They said many of them (offenders) manifested violence and were shouting at the top of their voices for the bridge to be opened.

Another eye witness said that the violent nature of those who wanted to cross, made them suspicious of their intentions in attacking and robbing the GPA; that there was a big scuffle between these people and the GPA security Officers when they started to throw stones at them. The eyewitness said the three military personnel who were stationed at the bridge and witnessed the incident, had to run away to call for reinforcement. The source said stones were raining from different directions.

Malick Sowe, a regular traveller on the same route with Alhaji Njie a truck driver, said Officers of the GPA stationed at the bridge to control the movement of vehicles, should conduct their work with farness.

‘‘Although the crossing was not very slow but the vehicles were many and each wanted to cross before it was closed,’’ Njie said.

Police sources on the ground who witnessed the incident explained how Army reinforcement including themselves quickly closed the entrance of the bridge where the illegal crossing was made after the official closing time; that their intention was to stop all vehicles and make them to pay for their none compliance with the set tariff, but that this could not materialize due to official interference. ‘‘We received a call from one of the authorities of GPA who asked us that the office of the president has given directives for the vehicles to pass,’’ the source indicated. Asked how the directive from the office of the president was communicated to them, the Police source said they would not know, but that they were among the security enforcers who were at the scene when the telephone communication came in. Asked why the bus was impounded when the offenders were more than one, the officers said the driver of the bus was the principal suspect who broke the barrier and confirmed that the number of vehicles at the crossing point at that material time was more than one hundred.

When asked the reasons for the impoundment of only one bus when there were other offenders, the Police source indicated that the bus was impounded by the GPA. The said driver is still at large and investigations are still ongoing. ‘‘We really wanted to take action against the law breakers and even charge them with fraud, but we were interrupted by what was said to be directive from the office of the president,’’ the source said.

All the Officers who spoke to this medium confirmed that they remained at the scene until 3 am just to maintain security and law and order, after the vehicles were allowed to pass.

When contacted to shed light on the veracity of the story, Deputy Managing Director of the Gambia Ports Authority (GPA) Halli Gai, confirmed the impounding of a Senegalese bus. ‘‘The matter will be taken to Court. This is our next action,’’ he said. Gai disclosed that upon completion of the Police investigation, GPA will decide on what action to take.

“Like I said we cannot deliberate further because the Police are doing their investigations,’’ Gai said.

He however did not comment on the allegation of interference from the office of the president to allow the vehicles to pass when asked.

When contacted to shed light on the issue, ASP Lamin Njie, the Police Public Relations Officer said he had channelled his enquires to the senior command of the Gambia Police Force (GPF) and was yet to receive an update on the story. He promised to get back to this medium for more information on this issue.