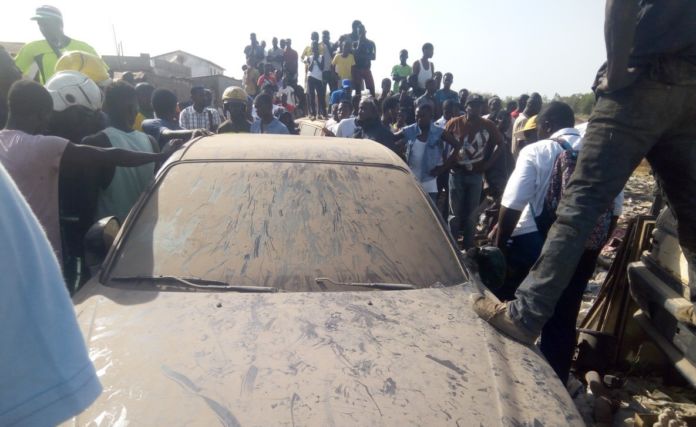 On Monday, 9th March 2020, two missing children were found dead in an abandon garage at Tobacco Road in Banjul. The children were missing from home for 10 days and this was announced.

The two are cousins; the male child is six years old and the female five, both from the same compound in Tobacco Road.

It took two hours before the authorities could evacuate the deceased from where they found them. It is said that the children were out around 11 o’clock in the morning but later in the evening they were nowhere to be found.

According to the Father of the 5 year old, “I was going to Westfield and received a call that two children were found dead. We ran to the scene and when we arrived we found that they are the ones.

“We had tried every means possible but could not locate the whereabouts of the children”, he said, adding, they went up to Bissau and many other places in search of them but to no avail.

He said they went to all the police stations in search of the children but they were unable to find them. He said: “As at now we don’t know who killed them, but we leave that to the authorities to do their investigations.”

A neighbour said one Saturday, ten days back, when he was from work at night and he heard that two children were missing; and their mothers are sisters.

“I came and they told me the children have been missing since around 3 to 4pm and we searched all the nearby places but could not find them”, he said.

A neighbour said the corpses of the children were found by a boy called Mass Cham in a vehicle at an abandon garage in Tobacco Road.

“It is very sad because they are between five to six years old.”

Many in the neighbourhood are calling for more security. “It is high time the government provides more security to the community, otherwise things might get out of hand,” a neighbour lamented.

Bintu Jaiteh, Councillor for Campama Ward said it is very sad. She said: “I heard that two children were missing but only to find out that they are dead.”

Modou Lamin B Bah, Communication Officer Banjul City Council said: “we will accelerate our security forces in terms of mobility within the community of Banjul”.

A senior police officer at the scene, when asked to comment referred this reporter to the police spokesperson.