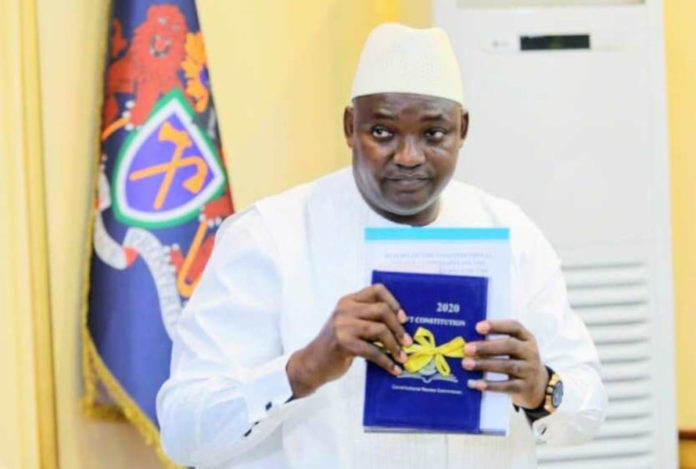 Rumours were rife when the draft constitution was submitted to the President. Will he suppress or amend it to suit his taste was the question on many lips. The Constitution was ultimately published as presented by the CRC and a bill was finally laid before the National Assembly by the Attorney General for its promulgation.

The question of the position of the President on the constitution is still lingering even though the matter now is entirely in the hands of the National Assembly.

If the address of the President is to be relied on one would deduce that he is expecting the constitution to go through all the stages without obstruction or are we reading him wrongly? This is what he said:

“at this juncture, let me reiterate my appreciation and gratitude to the CRC for submitting the draft Constitution within the specified timeframe. The draft copy has gone through the required processes, and was tabled recently by this august Assembly to allow for the remaining phases of finalising and adopting the new Constitution.”

Our reading is that the President is expecting the eventual finalisation and adoption of a new Constitution even though he did not fully define the remaining phases for such finalisation and adoption which is now the subject of debate before the National Assembly. Foroyaa will continue to follow the debate and its readers should remain involved in critically scrutinizing and apprehending the facts. This is the basis of making an informed choice.