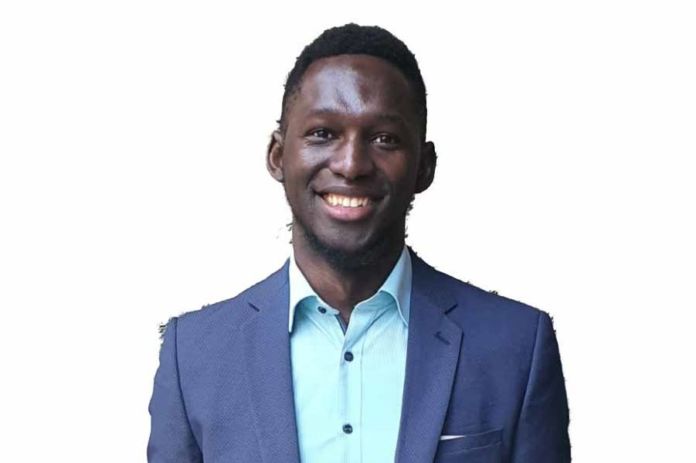 Leaving his native country, The Gambia to Europe in 2014, Yahya Sonko had to pass through five African countries and crossed the Mediterean Sea to get to Italy.

He hailed from Niumi Berending about 17.2 kilometers from the capital Banjul.

Travelling through unsafe migration famously called the Back-Way, Sonko first went to Senegal, then to Mali, Bukina Faso, Niger and finally to Libya before he voyaged with a rickety vessel to his desired destination.

Before he left his country in search of better opportunities, which some called greener pastures; he had been a qualified Gambian teacher from 2012 to 2014.

He attended Berending Junior School in Niumi then to Mahaad Senior Secondary School in Brikama where he sat to the grade twelve external exams (WASSCE).

In 2009, Sonko was enlisted at the Gambia College and pursued Primary Teaching Certificate (PTC), now known as Diploma primary at the aforesaid college.

He completed his PTC course in 2012 and worked for two years before he took the perilous journey to Europe.

Sonko left his country with little hope of its future. The regime he left behind, manned by longtime dictator, Yahya Jammeh, was a contributing factor to his migration.

Yahya Jammeh, who’s in exile in Equatorial Guinea, ruled The Gambia for 22 years. In 2016, he was dethroned by newcomer and current President Adama Barrow.

“I left the Gambia end of 2014. It was due to dictatorship and almost no chance for a better future at the time.”
At the material time, teachers were poorly paid in the country.

Mr. Sonko spent 11 months of struggle on the unsafe journey he embarked on before he reached Italy where he would spend 8 months. The experience as he recalled was difficult.

“It was so hard. It was between life and death, and we suffered a lot of tortures and maltreatment from the police of the countries we passed through. And also from human traffickers,” he said.

Sonko left Italy for Germany after spending eight months there.

“Italy was not a good place for me, it was very slow for Integration and Refugees were not properly taken care of,” he said.

The experience Sonko endured has committed him to discourage any person who wants to ply the route he took to get to Europe.

“I will never encourage anyone to embark on the deadly journey,” he said.

Currently, Sonko works as a Kindergarten Teacher in Germany. Aside from that, he finds time to work with Non-Governmental Organizations (NGOS) and associations to help migrants.

The trained refugee activist in Germany also engages in lot of empowerment programmes through seminars on laws and asylum procedures. He helps in returning corpses of migrants back to The Gambia for burials.

“Within this last 10 months I help to voluntarily return 4 dead bodies back to Gambia. Last one was just last week in Serekunda,” he said.

Sonko was inspired by his large followers on social media platforms and many Gambian migrants in Europe who are following him online too to get information in regards to their asylums status.

It is against this backdrop that he comes up with a radio to complement his already existing efforts in helping his colleagues- migrants.

While away in Germany, Sonko had Talk shows on Facebook, Gambia online TVs and some German TVs.

With his new radio, Sonko plans to have Migration and Integration talk shows on the Radio which will be online to benefit youths in The Gambia and Gambia migrants in Europe.

Sonko said there are many opportunities for youths in The Gambia but he observed that most youths, especially at the villages, are not aware of these great chances.

“I will use this Radio to inform them about these chances. For example, the International Organization for Migrants (IOM) is doing lot of great Projects to empower youths. GIZ, Tekki Fi, YEP are all Germany and EU Sponsored Projects that are for youth Empowerment in The Gambia,” he said.

He added: “And youths in Diaspora, I will use the Radio to do talks about asylum procedures, asylum laws, integrations, how to deal with their asylum cases or stories.”
Niumi FM Radio will serve the local community’s interest, Sonko told Foroyaa.

He said unlike the mainstream media, his-owned radio would not merely be talking about the community, but the people themselves in the community will make the programmes.
In majority of cases, programming will be produce by the community, with focus on local concerns and issues.

According to him, this promotes a sense of ownership, thereby making the radio a forum for a wide diversity of local opinions to give the community a voice.

“This Radio will be for the people, run by the people and owned by the people. It will enhance the capacities of local people to work together to tackle a range of social problems, including poverty and exclusion, through Radio.”

Sonko also intends to use his novel radio to do more sensitization about unsafe migration.
To achieve this, he said he would collaborate with recognized Institutions like International Organization for Migration (IOM) to empower youths and give facts about the dangerous journey, dubbed the Back-Way.

“We will focus more on youth empowerment programms, we may do this with IOM and NYC (National Youth Counsel),” he said.

As the owner of the radio, Sonko sponsors the radio through his earning in Germany where he has been working for almost four (4) years now.