Tension Brews at the National Assembly

Tensions emerged at the Legislative House in Banjul, as lawmakers disagreed on whether or not the house could debate on the general merits and principles of the said bill. The bill was first read in the National Assembly on Thursday 2nd July 2020, by the Member for Lower Badibu, Alagie Jawara.

The second reading of the bill and the debate on its general merits and principles was appointed to take place on the 6th July 2020, as stipulated in standing order clause 66 sub clauses 2. 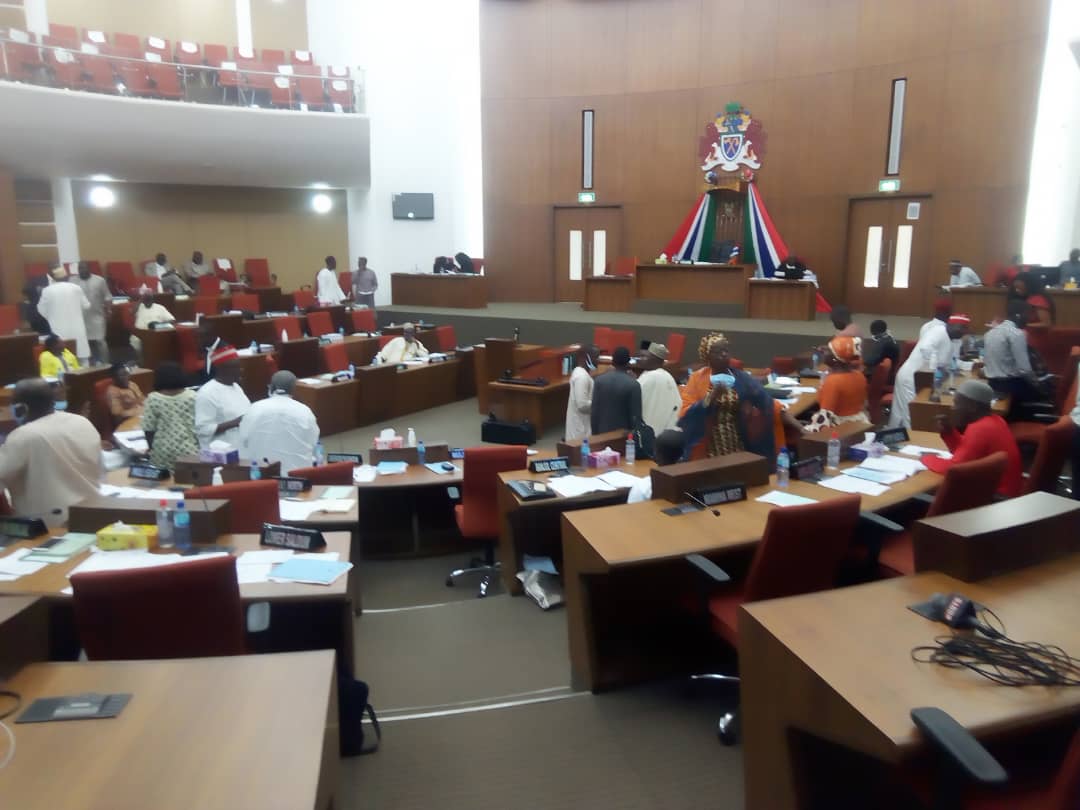 Jawara told lawmakers that the sole object of the bill was to amend the Local Government Act by deleting paragraph (G) of section 19(1) of the Act paragraph.

He noted that paragraph G was a new insertion by the august assembly by way of amendment in 2015, with the objective to harmonize the constitution with the Local Government Act.

He said: “The bill seeks to grant independence to the members of the area councils from their respective parties and political leaders and to further enhance the system of local governance autonomy, freedom of speech and debate in accordance with section 193 of the 1997 constitution.”

Sunkary Badgie, who seconded the motion, urged the Assembly to give their support to the bill, as it was clearly self-explanatory and the reason for which it had been developed, sought to ensure that council officials discharge their works, without interference, fear or favor.

While some legislators called for a debate on the bill, others held that debate would only take place if it was agreed upon by the Assembly.

Subsequently the Speaker suspended sitting for fifteen minutes to enable the lawmakers make the necessary consultations with her technical team and continue with the proceeding. The sitting resumed with the speaker ruling that they should continue with the debate on the merits or otherwise of the bill.