The ongoing sit-down strike by judicial workers in The Gambia has affected the administration of justice. 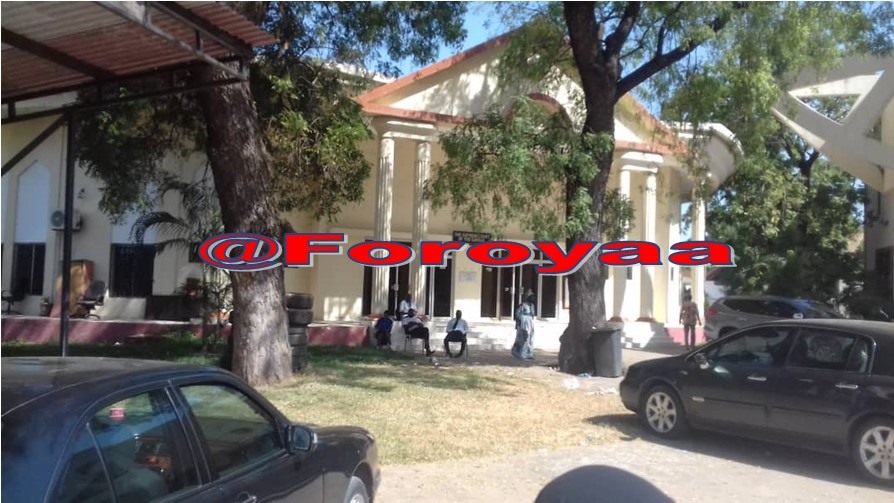 On Wednesday, 18th November 2020 employees of the Judiciary began an indefinite sit-down strike in protest for their administration’s failure to meet their demands.

No court case proceeded before the superior courts in Banjul as well as all subordinate courts countrywide. The strike will increase the burden on the Judiciary to deal with backlog of cases and other fresh cases speedily. All courts in The Gambia have backlog of cases at their bosom which they are trying to dispense.

The Coronavirus has impacted on the Judiciary as most courts were closed down for several months. The courts resume not long ago trying to recover the lost times, but this hope will not come through if the impasse between the management and the junior staff continue unabated.

The people on the strike are demanding for better work conditions and have laid five demands before their authorities for fulfilment.

“We are not working until our demands are met. That is our stance,” the people on strike at the high court said.

The strikers have maintained their ground that their work condition must be improved before they return to work as they continue with their sit-down strike.

They all reported to work at their respective court premises, but sat the whole day without working. The judicial workers were seen sitting in groups at the entrance of the superior court complex on benches and seats in protest. 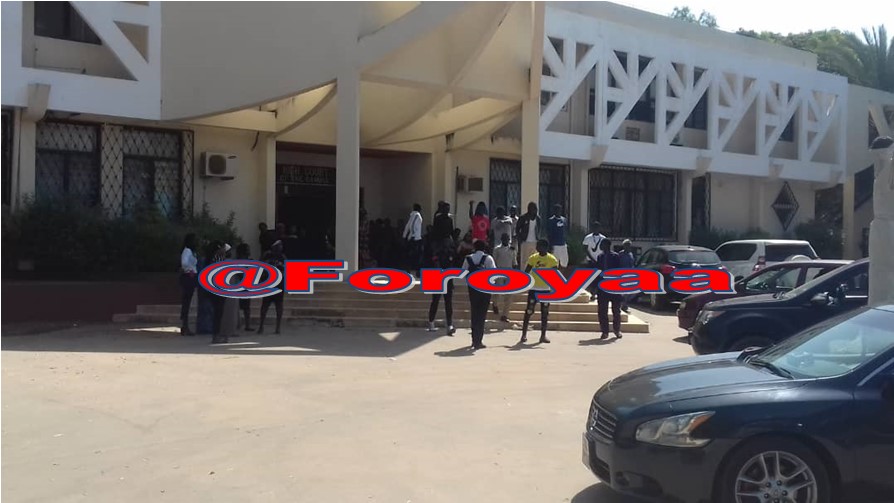 The on-going nationwide sit-down strike by judicial workers is the first of its kind since the change of regime in 2016 and it started on the 18th November 2020. The sit-down strike was coordinated by the Judiciary Staff Association which has been engaging the authorities at the Judiciary.

“We have been writing to our seniors – to and fro – and yet still we don’t have a fruitful feedback,” Pateh Bah, a spokesperson of the workers said.

He said they have tabled five demands before their authorities, but only one was approved which is the responsibility allowance.

“One of our demands is the abolishment of the daily pay. There is nowhere in The Gambia where wages exist, but the Judiciary. We want it to be stopped,” Bah said.

The judicial officer said the Chief Justice constituted a taskforce to look into the demands to intercede between the employees and the administration.

He said they will continue with the strike so long as their demands are not met.

“If our demands are not approved, we will continue with the strike. Unless and until they put something on the table we are not going back,” Bah said.

Bah detailed that the demands were the abolishment of daily wages for some of the cleaners, night watchmen and some judicial support staff.

“They [the admin] have promised to abolish the daily wages, but it is not yet effective,” Bah said.

He said the so-called ‘vehicle policy’ by the Gambia Government was put on hold, but the Judiciary went ahead to implement it.

“Everybody knows there is no staff bus and definitely, everyone knows the economic status of the people. The living condition is very hard,” he said.

“Risk allowance is only paid to certain section in the Judiciary – the accounts, bailiffs and process servers. We feel that it should be across the board,” Bah said.

He added: “Without these allowances we are not going back on our strike.”

Bah said since July 2019, they have been engaging the authorities, but the meetings and correspondence did not yield anything fruitful.

“The salaries have a huge gap. Our salaries cannot be compared. We are human beings and we need to see that our lives are better. We are fighting for that. They are not better than us because we are all important in the Judiciary – without us they cannot work,” he said.

A cleaner told Foroyaa that she wakes up every day at 4:30 am and come to work. She said they always come first to work before all others in order to clean the premises of the court.

“The majority of us are daily paid. Some of us are paid D800 as basic salary,” she said.

She said coming to work that early is risky.

“We are vulnerable to attacks, but despite this we don’t have risk allowance,” the lady said.

The cleaners said none of them is paid more than D3000.

“We don’t have staff bus – we always pay fares to work. Our chief cleaner was angry and resigned from service,” one of the cleaners said.

An old woman who cleans at the Judiciary for 21 years said they don’t have promotion.

“I have been working here for 21 years and still I am paid as grade one of the Government payment scale,” she said.

She said it is very difficult to work as a cleaner in the Judiciary because their welfare is never considered.

The cleaners said some of them are renting and have families to take care.

“We are struggling to survive. We don’t want to be paid on daily wages,” another cleaner said.

The cleaners said if they retire they are given D5000 as their pension.

The strike will impact court sittings countrywide because on Wednesday, 18th November all the superior courts in Banjul, lower court as well as magistrates courts at Kanifing, Bundung, Brusubi and Brikama among others did not sit. All their staff are part of the strike coordinated by their staff association. The strike has paralysed the administration of justice since no cases are proceeding and no cases will be registered.