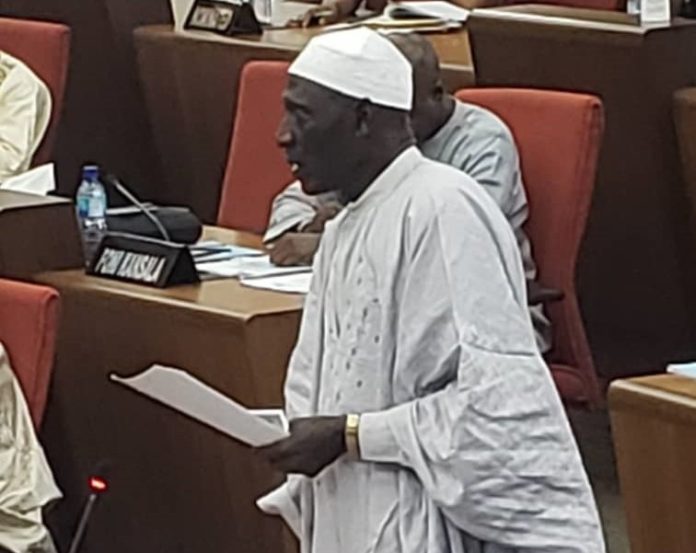 Sidia Jatta, member for Wuli West told lawmakers on Monday that parochial consideration of law has delayed the Gambia for over 22 years.

Jatta said this while deliberating on the motion to amend Local Government (Amendment) Bill 2020.

He said that the reason why the local government bill is amended nine times since 2002 is because it was amended for a particular purpose and stated that when parochialism characterizes legislation, there is a problem and that is the problem confronting the country.

He said: “We are having problem with legislation because we are parochial in our consideration of the law that we make and that is dangerous for this country and that is what has deterred this country for 22 years and we are now repeating it”.

He challenged the lawmakers to not speak as politicians but legislators when making laws, noting that the laws are not made for individuals but for generality to serve purpose for posterity.

He said: “If you make a law for an individual when that person goes, that law becomes redundant. I think we have to re-think. We are lawmakers and the country hangs on our soldiers in terms of law, which we must make to promote the prosperity and well-being of our people”.

He said that laws are not made to fetter the voice of those who are representing people and that if that is the case, they should have brought back section 91 (1).

Jatta thus challenged his co-lawmakers to wish for others what they wish for themselves, adding that the reason why they amended section 91(1) was to grant protection to lawmakers from losing their seats should they be expelled by their parties.

He said, “We want to be free and individuate the people and if you cannot individuate yourself that means that you are a slave and you cannot represent the people if you don’t have the capacity to individuate in terms of word and action and this we must always remember”.

He said the fact lawmakers are called as honorable, entails that they are supposed to be truthful, sincere and honest people, but when he entered in the Assembly and saw some Assembly Members, who were not honourable, insincere and untruthful, he decided not to be called honorable

He noted that one cannot be more honorable than the person who employs him or her and arrogate him or herself from those paying him or her.