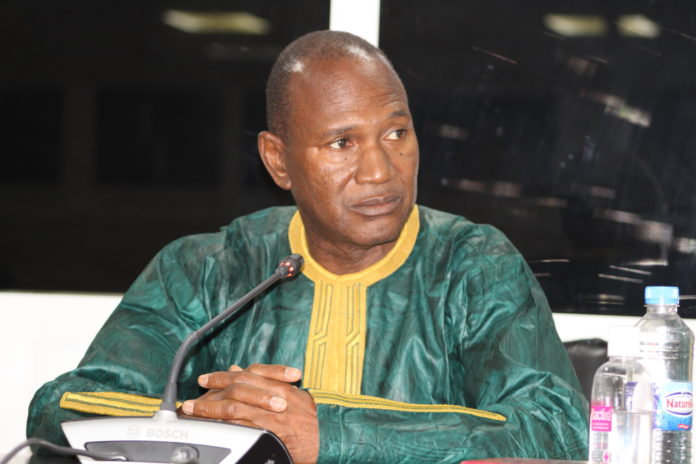 The former Director General of the prison service of The Gambia, David Charles Colley, has been using colonial law to discharge his functions as the head of the prisons.

His admitted this on Monday during his second appearance before the Truth Commission to testify on the numerous accusations levelled against him, which included torturing inmates, feeding bad food to inmates which caused deaths in the prison, among other allegations.

Colley was using the 1953 Prison Act, which he brought before the Commission and quoted to defend his points.

Lead counsel, Essa Faal, told him that he was dealing with the old Prison Act, adding that the 1953 Act was amended several times.

“You have been applying the wrong law on the prison,” Faal said. “And that is as far as you have gone.”

Informing Colley further, Faal said the law he was using was amended in 2005 and amended again in 2008.

Colley said the law book he was using was supplied to them when he joined the prison service. He said when the law was amended several times he was not aware and did not receive a copy of the law.

Lead Counsel Faal told him that he cannot be director general of an authority and did not even know the the law that applies to his institution.

“That is not my fault. The Minister (of Interior) should have informed me and even give me a copy,” Colley said.

Prisoners Smuggle Salt into the Prison to Poison Themselves

In his statement, Colley said prisoners were smuggling salts into their cells to later consume and poison themselves.

Asked to confirm whether he meant this was captured in his statement, Colley said: “What I said was that the prisoners when they are about to go to the hospital for them to malinger, they would smuggle the salt and eat. When their feet are swollen, we will take them to the hospital.”

Are you serious? Asked lead counsel Faal and Colley responded in the affirmative. But he later denied that he said the prisoners used the smuggled salts to poison themselves.

Colley said what he meant to say was that the prisoners would eat the salt to make sure they get swollen feet so that they would be taken to the hospital.

Asked whether it was in fact the bad food they served to the inmates that caused the swollen feet, Colley responded in the positive.

But momentarily, he testified that the prisoners who had swollen feet and taken to the hospital were pretending to be sick

“Whenever they go to the hospital, the doctors would tell us to control the salt because the prisoners are using salt,” he said.

He claimed that when they stopped giving prisoners who have swollen diet with salt, they get better after a while.

He said he believed the advice the doctor gave him. Asked whether he believed what the prisoners were doing was self-inflicting, Colley said he could not tell. He said only a handful of prisoners were taking the salt not the majority.

Asked whether he realized that those that have swollen feet were a symptom of beriberi, he replied in the positive, saying they called it beriberi in the prison.

“And swollen legs were caused by bad food, not salt, Faal charged. Colley agreed that the food may not be good but what he knows is that if one eats salt; his or her legs will be swollen.

May prisoners who testified before the Truth Commission said most instances they throw away the food served to them by the Prison. Colley admitted that some of the prisoners used to throw away their food.

“If they don’t eat the food, what I should do? That is what is on the menu,” he queried.

He said if he asked, the prisoners will always tell him that they were okay. As director general of prison, he said he will report to his line ministry about the matter.

He said the minister will then invite a doctor to come and check what’s going on in the prison. Asked whether he has even written a letter to his line ministry to inform him/her that some prisoners threw away their food, Colley responded in the negative. He said he did it verbally.

The former director of prison said the Prison Act said when prisoners throw away their foods, he as the commanding officer will go foot-to-foot to report the matter to his line ministry.

He said if they realized that prisoners threw away the food willfully, they will be disciplined.

Colley admitted the food that was thrown away were collected by people to feed pigs. He said even when he was a junior officer; he used to escort prisoners to throw the food away.

The Truth Commission received evidences that some detainees and prisoners were denied medical treatment when they needed it.

Asked whether he was aware of this charge, Colley said he controlled the main yard of the prison, while the soldiers controlled the security wing, where the detainees were kept.

At this juncture, Colley was asked to tell who was in charge of the prison service. Colley said he was in charge. His statement however, indicated that the National Intelligence Agency (NIA) was in charge.

Colley said on the side of the administration, they receive all their reports from the NIA for them to take action.

Testifying further, Colley admitted receiving a circular stating that the NIA was in charge of the Mile 2 Prison in his statement. He explained that at first, they used to report to the Inspector General of Police but later it was changed and this was when they began reporting to the NIA.