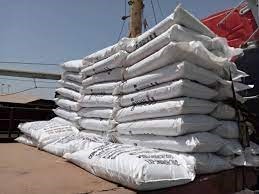 Barely two days after farmers in Palen-Wolof of Sabach Sanjal District in North Bank Region (NBR) claimed that a “secco” has refused to sell 250 bags of fertiliser to them, the aforementioned “secco” now agreed to sell 50 bags to them instead.

The farmers, however, Wednesday told Foroyaa that they are not satisfied with this new arrangement.

The farmers, who were extremely worried about their fresh-grown crops, recently expressed how the “secco” refused to sell fertiliser to them, which they fear could lead to their crops dying.

It was around 5pm when the 54-year-old farmer, Kebba Drammeh, revisited the “secco” on Tuesday, July 5, 2022, only to be told by the person in charge that the fertiliser will be sold to them but it would be 50 and not 250 bags as requested.

“The person in charge told me that he had spoken to his boss and that they are willing to sell fertiliser to us. But we are not pleased with this arrangement. Each time they have supply, they will give us 50 bags until it reaches 250.

“But my villagers cannot be patient with that because it will take time and their crops will die,” said Drammeh, who is also the deputy leader of Palen-Wollof Welfare Committee,

Speaking further on behalf of his concerned community, Drammeh said when he informed his people about the arrangement, they suggested to the committee to distribute the money to each household so that each household can go and buy for themselves.

The farmer said they preferred to buy in bulk (250 bags) because they strongly believe that if the committee distributes the money to each household, some will use the money for the ‘Tobaski’ commemoration.

“But since the ‘secco’ still refuses to accept what we requested, we decided to do the distribution of cash yesterday (6th July 2022). Each household was given D4000 to go and purchase two bags. But I’m certain, some will use the money for “Tobaski” instead of buying the fertiliser,” Drammeh said.

Drammeh said the committee has been buying fertiliser for its people for six (6) years now, noting that the “secco” has disappointed them this time-around. He reiterated that they are not happy with the way they were treated by the “secco” management.

Drammeh urged the government to look into the matter to ensure farmers have easy access to fertiliser without any issues.

When contacted for comment on the matter again, Fatima Leigh, the sales and marketing manager of National Food Security Processing and Marketing Corporation (NFSPMC) formerly Gambia Groundnut Corporation (GGC), urged the farmers to exercise patience and advised them not to see the arrangement as a waste of time.

She added that the Pallen-Wolof farmers should try to understand that the “secco” is also selling fertiliser to other farmers within their areas.

She noted that when other farmers go there and find nothing at the “secco”, it could be another problem.

“So, things have to be balanced. But I will talk to the person at the ‘secco’ and see how best we can help address the matter in ensuring that the 50 is adjusted to 75 bags,” Leigh told Foroyaa.

Nonetheless, Leigh, on Tuesday, told Foroyaa: “We are trying to monitor the selling and as well as ensure that the fertiliser remains in the country because it is being subsidised.”