The COVID-19 Save and Dignify Burial (SDB) team has so far buried sixty-three (63) COVID-19 related dead bodies and suspects despite challenges they faced with communities during burials.

Forty-eight (48) out of the sixty-three (63) COVID-19 related dead bodies and suspect’s burial were males while fifteen (15) were females.

Buba Darboe the head of Disaster Management and the coordinator of COVID-19 response at The Gambia Red Cross Society said the SDB team normally buries an average of seven to eight COVID-19 related dead bodies and suspected cases in a day.

“The challenges our Save and Dignify Burial (SDB) team was facing at the beginning was communities denials for our SDB to bury their loved ones, but through our risk communication strategy we were able to overcome most of those challenges,” he said.
Mr. Darboe said their Burial team faces these challenges mostly in Western Health Region one (West Coast Region).

“In Fajikunda the people from the community broke the lens of our camera, took our memory card from the camera and there was a big push and pull because they wanted us to give them the dead body.” He said.

Darboe continued: “We ended up giving them the death body for them to bury it and they also wanted to remove the rap plastic bag on the dead body in order for them to see the face of their loved one because they said they want to confirm whether the dead body belongs to them.” 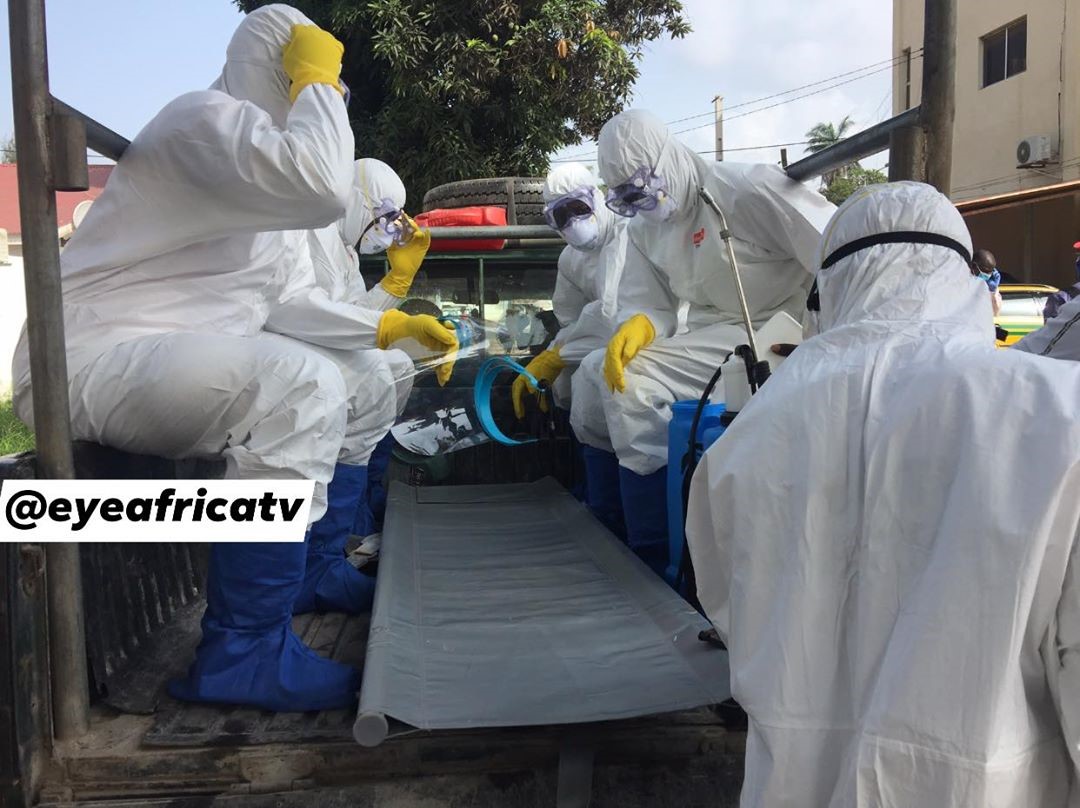 Mr. Darboe said the other challenge they are facing currently is that they have only two vehicles that are used for the Burial of COVID-19 related deaths and suspected cases which is small compared to the number of burials they conduct within a single day.

“Right now as I am talking we have dead bodies in the Mortuary waiting for our SDB burial team and the only thing stopping our team to go and do the burial is lack of vehicles,” he said.

Mr. Darboe said on Wednesday 12th August 2020, one of their burial vehicles went to Numi for burial and unfortunately the vehicle could not come back because authorities at the ferry terminal in Barra asked the burial team to pay some money in order for the ferry to bring the vehicle to Banjul.

“Based on that the vehicle spent the night in Barra and we are left with only one vehicle, people are communicating to our burial team to go and help them in order for them to bury their loved ones, but they cannot go because there are no vehicles,” he said.

Darboe said the number of vehicles their burial team need in order to render their services properly, is at least five (5) pickups but they are have only two.

In doing so, Darboe said they normally receive calls from individuals who do inform them that they have dead bodies.

“We first asked the family members whether the person was having the symptoms before he died, if they confirmed that to us and also tell us that they are afraid to touch the dead body, and then we go for it and take it to the health facilities,” he said.

He said some times some people find it difficult to wait for the test result of their love ones so they do agree for them to bury the person as a COVID-19 suspect.

By Nelson Manneh The Gambia has on Monday 10th May 2021 registered four new cases of the coronavirus, taking the total number of COVID-19 cases ever...
Read more

By Nelson Manneh Health authorities have over the weekend indicated that twenty-two thousand, eight hundred and thirty-three (22,833) people have been vaccinated against COVID-19 as...
Read more
FOROYAA Newspaper is your premier Gambian community portal delivering news on politics, legal affairs and more. We provide you with the latest breaking news and videos straight from The Gambia and the rest of the world.