Italian Serie A side Sampdoria have placed an €18m price tag on Omar Colley, Foroyaa Sport can report.

The 27-year-old is being pursued by Southampton, Newcastle United with West Ham United –all from the English Premier League –the latest to join the race for the Scorpion defender.
It was reported scouts from a particular EPL outfit have touched down to make enquiries over the centre-back’s availability this transfer window.

West Ham also sent scouts to monitor the Gambia international but in the event what they see of the Gambian impress them, they would have to fork out €18m to prise away Omar.
Vice-captain of the Gambia national team, the left-sided West African did not have the best of starts at Sampdoria in his first stint but has picked up a lethal form this term and is rated one of the best defenders this minute in the Italian Serie A.

He is ranked one of the standouts in area of ball recovery, better than the most expensive African defender Senegal’s Kalidou Koulibally.

While Sampdoria overall form has dipped, the centre-back’s statistics haven’t gone unnoticed and one of clubs keeping tabs on him is Newcastle United and others. 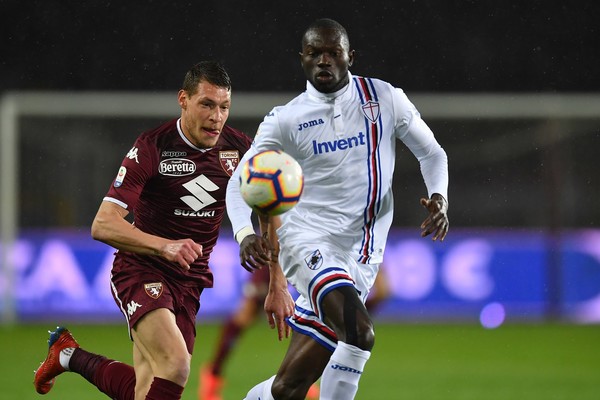 Clubs outside of England do not hesitate to cash in on their very best of prized possessions when EPL sides beckon.

Sampdoria are understood to be not open to selling Colley too soon but wouldn’t mind budging on their stance if a suitor meets the Gambian’s current valuation.

Omar was signed from Genk for eight million euros in 2018 and his Italian employers could let him go if manager Steve Bruce is willing to part with at least 18 million euros or more.