A large crowd of youth on Thursday March 7th 2019 held a demonstration against the massive deportation of Gambians from Europe.

The aim of the protest according to the youth protesters, was to express their frustration regarding the mass deportation of Gambians. The youth demonstrators urged Government to provide accurate answers on who signed the deal for the massive deportation of Gambians from Europe, especially the Federal Republic of Germany. The crowds of young people wore T-shirts bearing slogan messages asking the EU and US Governments not to deport Gambians in shackles. 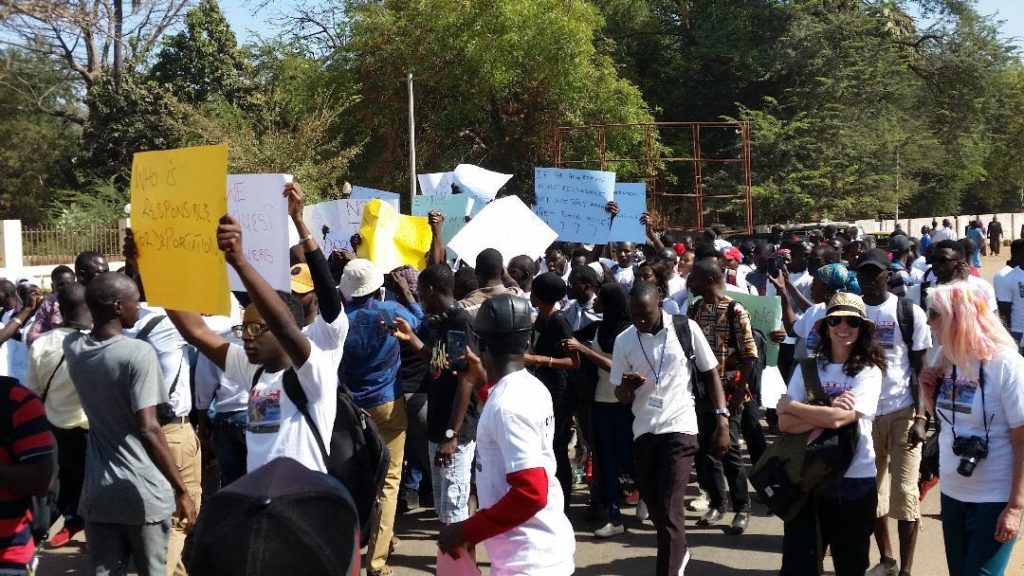 Some of the protesters include mothers, civil society activists, students of the University of the Gambia and youth leaders, among others. The protest which was headed by ‘Concern Gambia’, a civil society group founded by some Gambian youth, demanded Government to take a firm position regarding the deportation of Gambians, after they have denied entering into any deportation deal with the EU and the US. The demonstrators demanded Government not to accept any deportee on Gambian soil, and urged them to negotiate with the EU and US Governments to train Gambians with skills and provide them with start-up packages that will help them reintegrate on home soil upon their return. 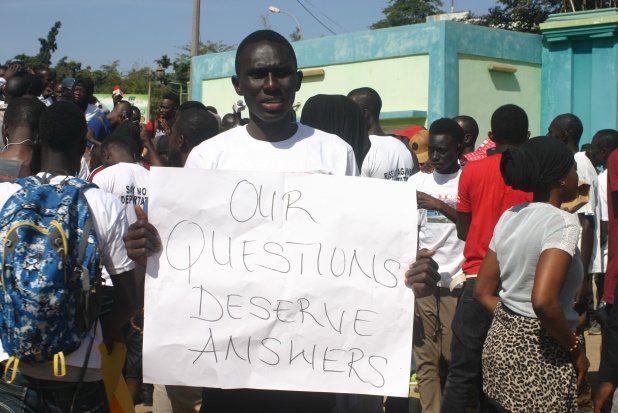 The protesters lamented that the Government of Germany has disclosed plans of deporting over 2,500 Gambians; that this process started since last year. 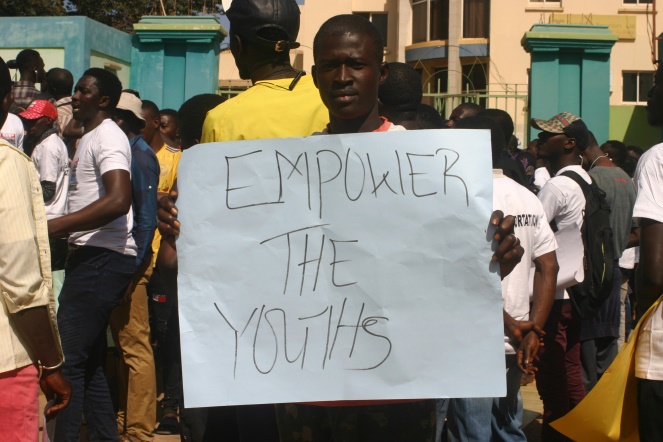 The protesters held banners with the words: ‘No to deportation’, ‘Who sign the deal’, ‘We want answers’, ‘Empower the youth’, ‘Gambia Government say no to deportation,’ ‘Renegotiate’, ‘EU / US don’t deport our people in chains and cuffs’ and other messages. They demanded that the EU nations stop violating the rights of the deportees by putting them in cuffs. The anti-deportation protesters asked several questions during their peaceful protest, and accused the Government of being silent on the issue of the deportation for so long. They alleged that some of the deportees did not receive their compensation packages. 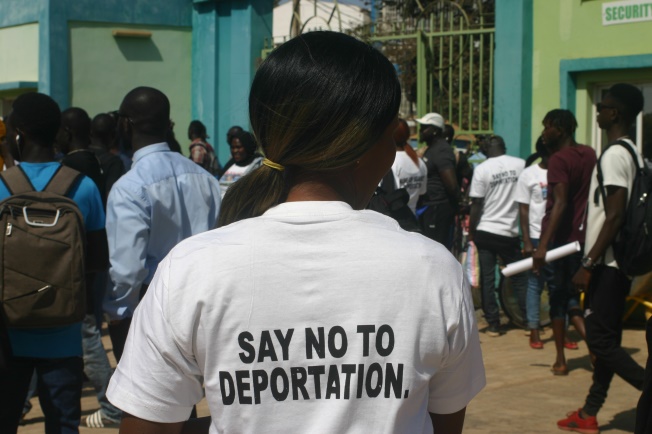 “Whenever we hear about deportations, we are always in fear because we think that it might be our children who will be next. I have my son in the Diaspora and they are living in hiding and fear of being deported back home to nothing,” Ruggi Bah, a mother told these Foroyaa reporters.

Omar Saibo Camara, a member of ‘Concern Gambia’ who read a statement on behalf of the protesters, said they have engaged Government on the issue of the deportation in several diplomatic approaches, but they remained silent and mute; that on the 28th November 2018, the German Government’s Minister of Interior said over 2,500 Gambians are poised to be deported back to the Gambia; that since December 2018, Gambians have been deported and the Government of Germany asserted that the exercise will continue. He said the last batch of twenty-five Gambians who were deported, were from Frankfurt, Germany.

Alieu Bah, a youth activist, said Government is the biggest security threat to their lives and livelihoods; that Government is not dealing with the unemployment situation that young people of this country are faced with. “The biggest threat to national security is the Government. They have failed in their duty to address the problems of unemployment that the youth are faced with. We are not living our lives in dignity, liberty, happiness and joyful. But instead in misery, economic hardship and poverty,” Bah said.

Bah urged Government to admit that they have failed the people.

He said deportees have been neglected and that no Government official receives them when they arrive at the airport.

“The government of the Gambia should be ashamed of itself. That is why they will not send anyone to receive the deportees upon their arrival at the airport,” he said.