The ‘Three Years Jotna’ Movement has yesterday the 16th of December 2019 staged their protest, from Sting Corner near Jeshwang to the Denton Bridge in Banjul.

Thousands of protesters who assembled at the Sting Corner with their banners demanded President Adama Barrow honours the Coalition agreement.

The Coalition agreement, they say entails that the Coalition candidate should serve for a transitional period and level the ground for a multi-party election. 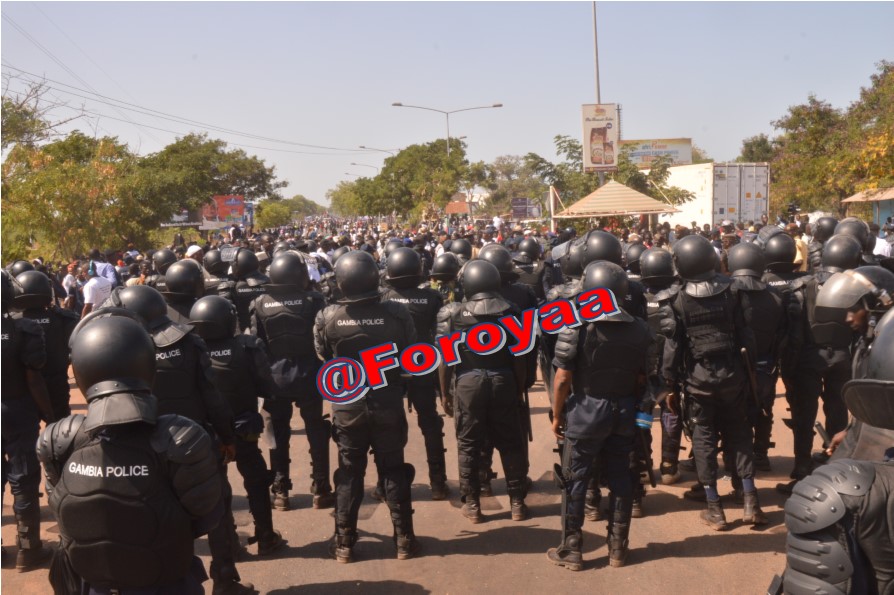 Some banners indicate that Adama Barrow should honour the Coalition MOU and respect Gambians, among others. 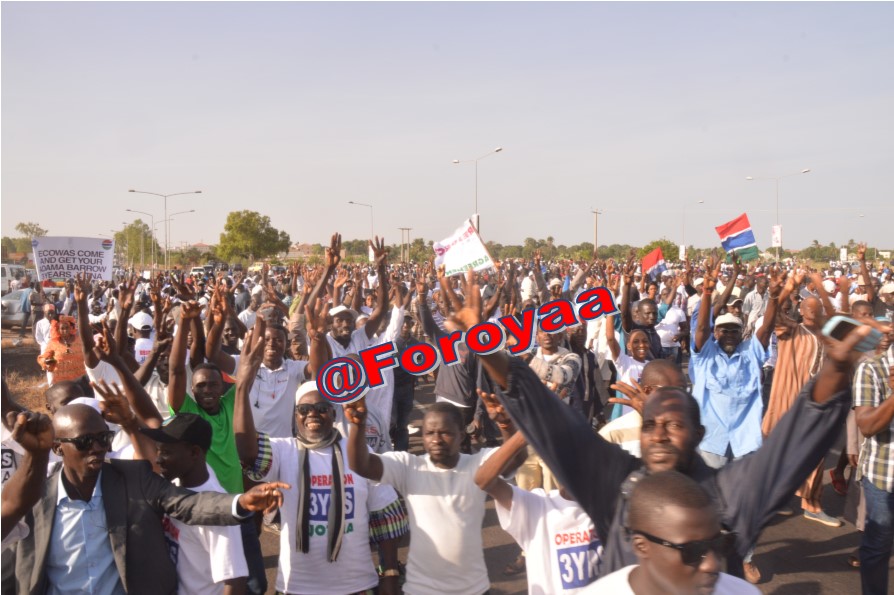 Abdou Njie the chairperson of the three years ‘Jotna’ Movement in addressing the crowd at the Sting Corner said the protest is not meant for any violence, that is why they accepted to stage it. 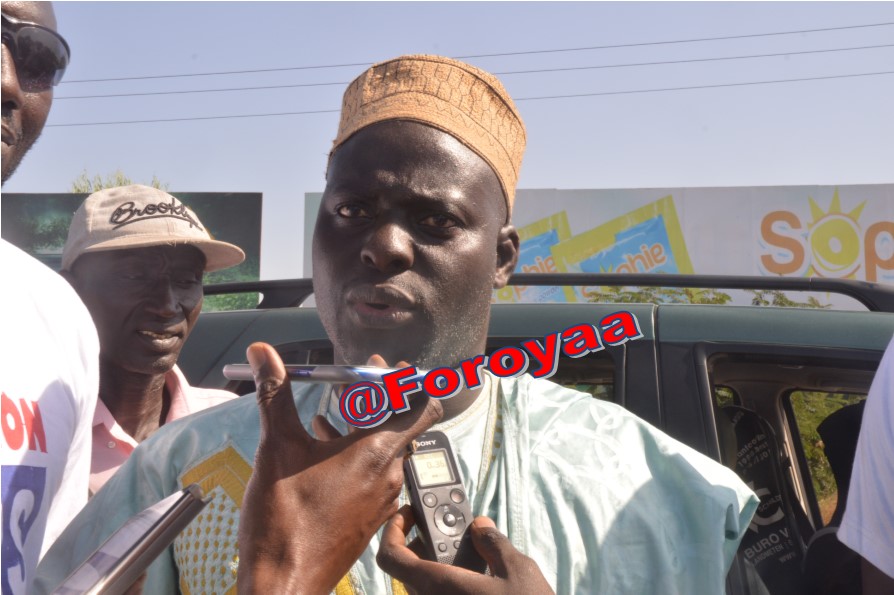 “We want our leaders to stick to their promises, Barrow told us during the campaign that he is only going to serve us for three years and the three years has come to an end. We want him to step down,” he said.

The chairperson of the movement said the coalition members know that in the constitution, the elected president should serve for five years but their agreement was three years and it needs to be fulfilled.

“We don’t want any dictator anymore, enough is enough, let Barrow leave office and go. We don’t need him anymore,” he said.

Mr. Njie said looking at the crowd, President Barrow should know that Gambians are tired of him and he needs to respect their will.

“If he is sure of himself, let him resign and contest for the upcoming election and see. Our agreement with him has come to an end, let him respect us,” he said.

Kemo Darboe a native of Kotu said even if the MOU was a gentleman’s agreement, Barrow should respect his fellow coalition members and honour the promise that was made between them.

“We want him to respect our will and leave the State House, we voted for him into office and we are now demanding for him to step down,” he said.

Mr. Darboe said the constitution makes it clear that the president should serve for five years; if they decide to agree on three years let him honour it and go for good.
Several other protesters also had their say.

“We would not allow what happened to us 22yrs ago to repeat itself, this is why we voted Yahya Jammeh out and Barrow is trying to do the same thing. We say never again.”
“It is against moral values to dishonour what is agreed upon, Adama Barrow should respect the MoU and resign.”

The protesters trekked from the Sting Corner in Bakau to the Denton Bridge in Banjul where they handed a document to the government representative.

Security officers from the PIU could be seen everywhere protecting the protesters and making the environment conducive for them.

QUESTION OF THE DAY The suspension of a political party because of disputed elections did raise the question whether it would not be prudent to...
Read more

Ousmane Sonko, the leader of Pastef was finally arrested by the research squad for disturbing public order and participating in an unauthorized demonstration, according...
Read more

By Yankuba Jallow Gambia Court of Appeal on Tuesday granted an application for extension of time sought by Lawyer Fatou A. Jawo for the Independent...
Read more
FOROYAA Newspaper is your premier Gambian community portal delivering news on politics, legal affairs and more. We provide you with the latest breaking news and videos straight from The Gambia and the rest of the world.