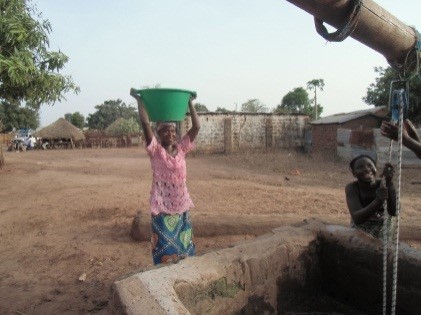 According to Robert Chambers, rural development is a strategy that enables a specific group of people such as poor rural women and men, gain for themselves and their children more of what they want and need. He said rural development involves helping the poorest among those who seek a livelihood in rural communities, to demand and control more of the benefits of rural development such as small scale farmers, tenants and the landless. 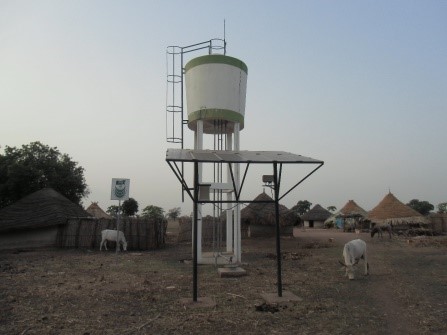 Thus, the term rural development may be used to imply any one of the above mentioned connotations.

However, to avoid the ineffective floundering among the myriad of definitions, we shall define rural development as a process which leads to the sustainable improvement in the quality of life of rural people, especially the poor.

According to Lamin Sambou Kinteh, for rural development to be meaningful and realizable, the trinity of development such as electricity, water and rural infrastructural development like roads, industries, schools, health facilities etc., must be present in the communities.

Public Health Scientists have agreed that adequate and safe drinking water is important for human health and well-being and for sustainable socio-economic development and production.

Failure to ensure safety and access to this important aspect of development, women and young girls who are major role-players in accessing and carrying water, will be prevented from engaging in income-generating activities or attending school because the majority of them spend their days walking several kilometres between villages, fetching water for their daily needs.

Although drinking water is a basic human right, many people in rural Gambia, do not have access to this basic need.

According to President Barrow, his Government has made important strides in expanding access to safe drinking water and improved sanitation in rural areas, within the first 100 days of his presidency; that on the 9th of April, 2019 and with a grant from the Saudi Fund for Development, his Government signed a contract for the construction of twenty five drilled wells equipped with solar pumps. The President said the contract also provided twenty five elevated water tanks and associated water distribution systems.

In March 2017, the Department of Water Resources completed the construction of 950 ventilated and improved pit latrines out of a planned 1,000 nationwide, and the Ministry is currently installing tanks and laying water pipes and building pre-cast tap stands in various communities across the country. Many of these facilities are either complete or nearing completion. At the end of this project, over 65,000 people in rural communities will have access to safe drinking water and 44,000 will have access to improved toilet facilities.

In the last edition of the Column, we shared with the readership the situation of clean drinking water in Fulladou East (Basse) District in Upper River Region, as provided for by the Department of Water Resources.

In this edition, we shall share with the readership the situation of clean drinking water in Jimara District of the same Region.

A critical review of the PUDC Project discloses that that no single village benefited in the whole District.

This is the reality of the water situation in Jimara District in Upper River Region, as far as the Ministry of Water Resources is concerned.