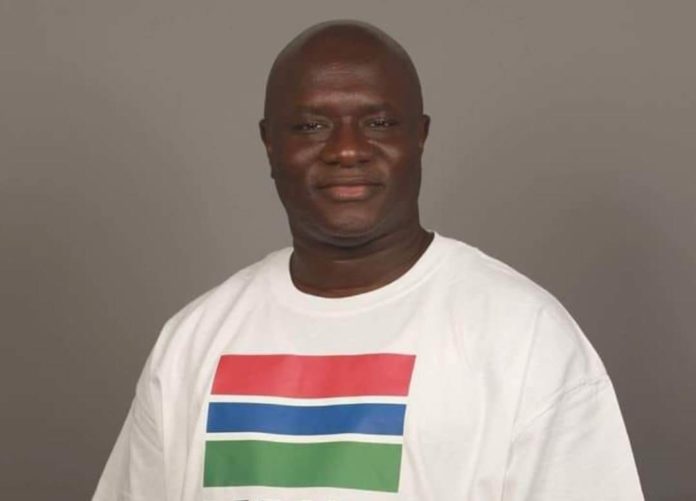 The National Human Rights Commission has on Friday announced that all the charges preferred against activist Madi Jobarteh, have been dropped by the Inspector General of Police.

NHRC said in a statement signed by chairman Emmanuel Joof said: “Following a fruitful discussion at the Headquarters of the National Human Rights Commission today Friday 10th July 2020, with the Gambia Police Force, the National Human Rights Commission (NHRC), the Gambia Bar Association and The Association of Non-Governmental Organizations (TANGO), the Inspector General of Police has agreed to drop, with immediate effect, all the charges preferred against Mr. Madi Jobarteh, a human rights defender who was charged with false publication and broadcasting contrary to Section 181A(1) of the Criminal Code of The Gambia.”

“I am happy to announce that as Inspector General of Police of The Gambia Police Force, we are dropping all charges against Mr. Madi Jobarteh as from today. No other action will be taken against him as far as this case is concerned”, said the IGP in the statement.

“This milestone, following the advisory role of the National Human Rights Commission, was achieved after a frank discussion, which the Commission had with the Inspector General of Police on Thursday 9th July 2020, subsequent to its concerns raised with the Minister of Interior regarding the case,” the statement said.

“At today’s meeting, both TANGO and GBA reiterated that the State is the primary duty bearer and has the obligations to respect, protect and fulfil the fundamental human rights of all persons residing in The Gambia. They called on the Gambia Police Force and all other State security agencies to continuously assume their critical roles as the number one defender and protector of the rights and freedoms of the people,” said NHRC.

“While commending the IGP for the willingness to engage in the discussions and in his commitment to drop all the charges against Mr. Jobarteh, he was reminded of the importance of timely communication with the public, especially on matters of public interest and concern,” NHRC chairman said.

He said suspicions and speculations are minimized when the public is regularly informed and aware of cases under investigations by the Police.

Both TANGO and the GBA encouraged the State and its security apparatus to engage with civil society, communicate in a timely and accurate manner and to build strong partnerships to foster a smooth transition following two decades of arbitrary rule by the former president, chairman Joof said.

In conclusion, he said: “The National Human Rights Commission wishes to remind the Government of its obligations to respect and protect the right of the people to free speech, in accordance with Section 25 of the Constitution of The Gambia, 1997, which guarantees every person living in The Gambia the right to freedom of expression, conscience, assembly, association and movement, as expected in a democratic nation anchored on the rule of law, good governance and due process.”

It could be recalled that the rights activist Jobarteh was invited for questioning by Police detectives at Kairaba Police Station on the 30th June. His questioning was related to a comment he made on his social-media platform regarding an interview he (Jobarteh) made at the “Black Lives Matter” protest he led on Saturday.

Jobarteh was later released on bail that very day and asked to report on bail on the following day. He continued with reporting until Police later suggested to him that he would likely appear before the Kanifing Magistrates’ Court on Monday, 6th July 2020.

Madi said when he reported to Kairaba Police Stattion on Thursday, the Deputy Commissioner of Police Pateh Bah, informed him that his file was sent to Kanifing Police Station. He added that when he went to Police Prosecution office, he was told the charges are still maintained and he was asked to report on Monday.

Jobarteh was charged with spreading false information and broadcasting contrary to Section 181 A (1) of the Criminal Code. He said the officers told him that the matter will now go to court.